Celebrate with your Heart, not your Gun 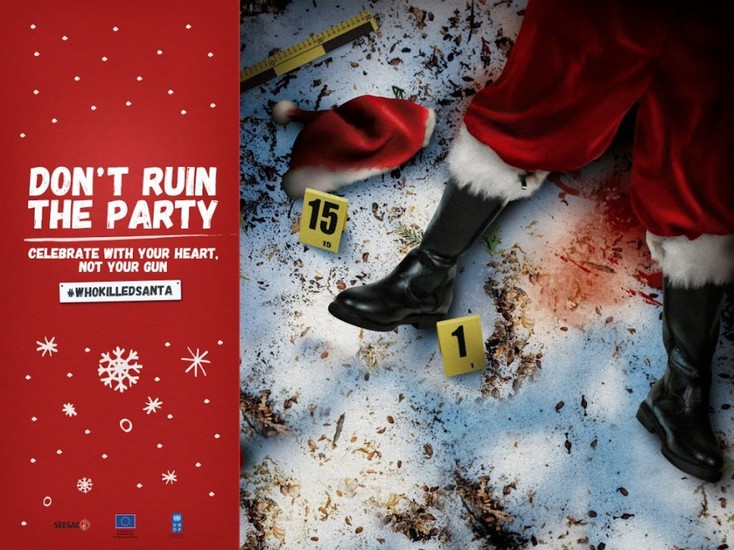 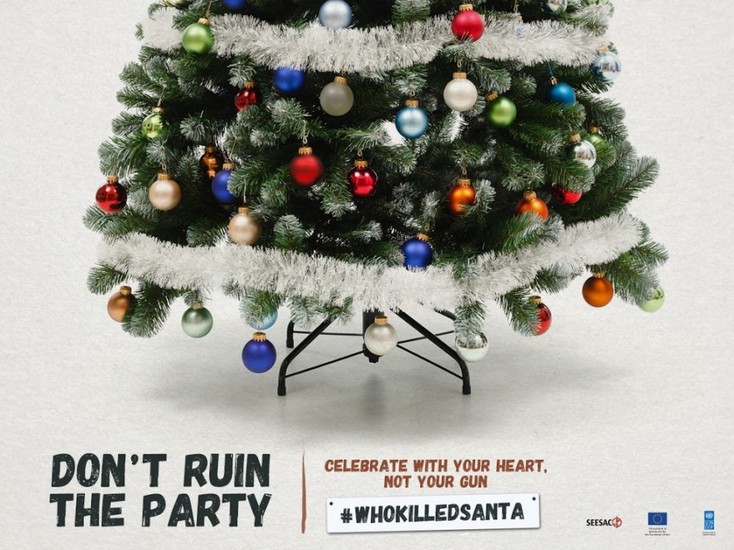 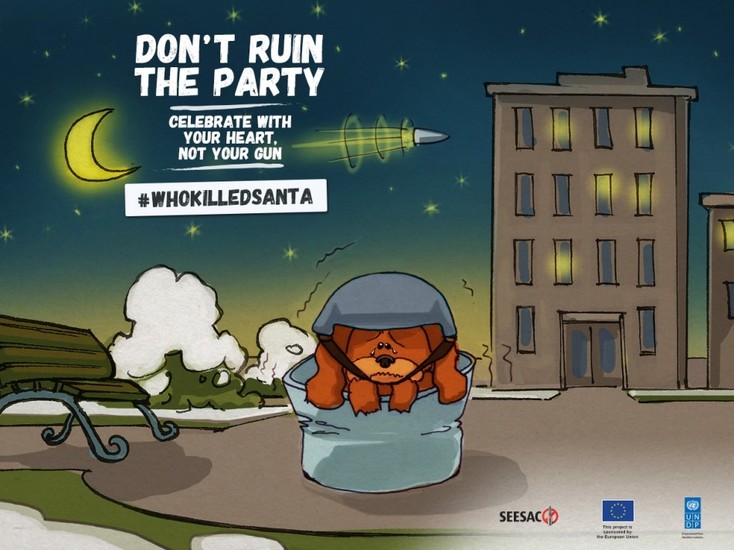 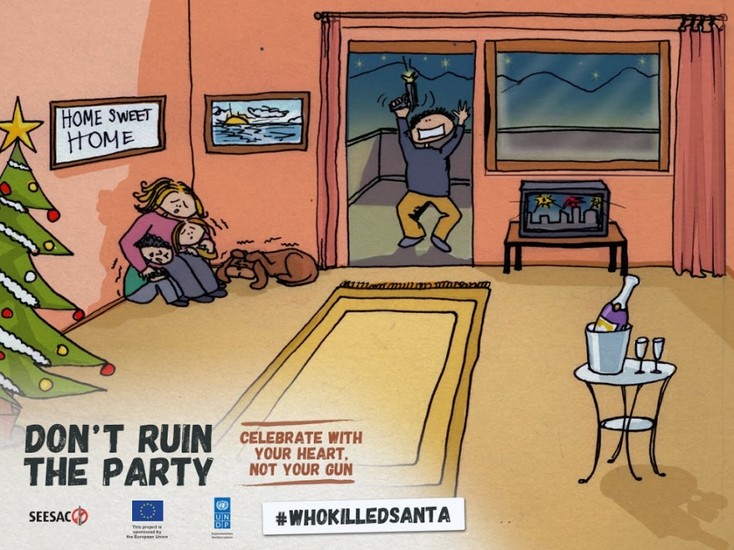 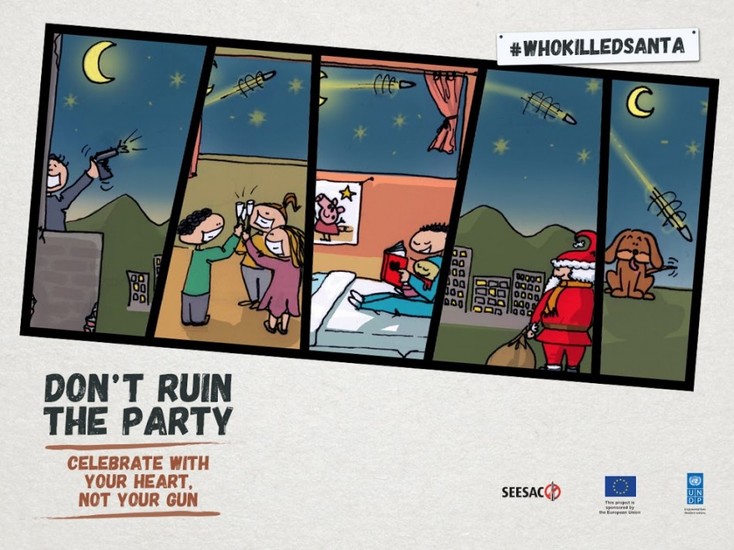 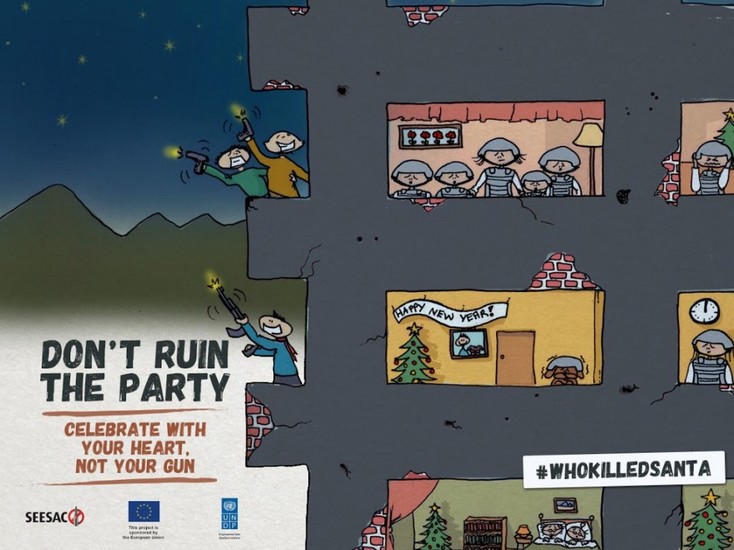 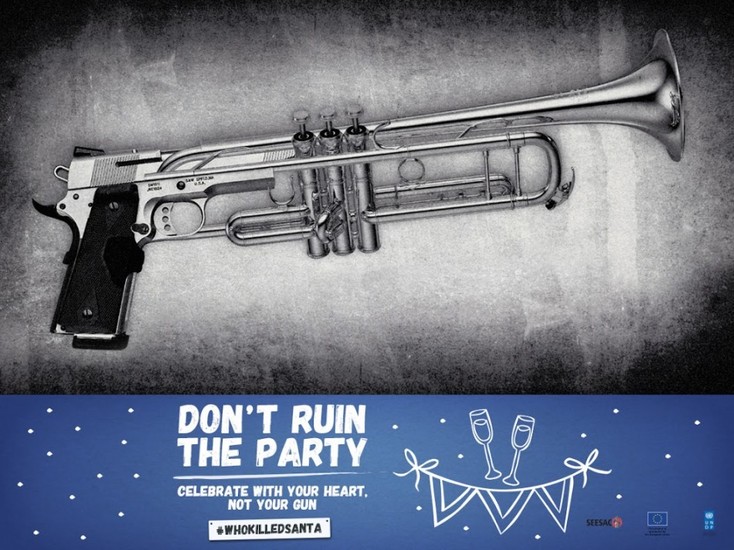 SEESAC is leading a regional social media campaign for the Western Balkans to raise awareness about the dangers of our region’s custom of celebratory shooting.

DON'T RUIN THE PARTY!
CELEBRATE WITH YOUR HEART, NOT YOUR GUN.

Did you know that every year, across our region, many end up wounded or dead as a result of celebratory gunfire?

Celebratory shooting or celebratory gunfire takes place across the Western Balkans, to different extents and for a variety of reasons. It happens at a number of events and occasions, such as weddings, after the birth of a child, religious festivals and holidays, New Year’s Eve, and after sporting event victories.

SEESAC is leading a regional social media campaign for the Western Balkans to raise awareness about the dangers of our region’s custom of celebratory shooting. The campaign, lasting from 20 December to 20 January, is taking place on Facebook, Instagram, and on Google, and covers Albania, Bosnia and Herzegovina, Kosovo*, Montenegro, Serbia, and the former Yugoslav Republic of Macedonia.

Join us as we “Celebrate with our Hearts, not our Guns” to help prevent more casualties and to keep our region safe this holiday season.

Help us by sharing our message, statistics, and pictures that tell the story. Read more below.

ABOUT CELEBRATORY GUNFIRE IN THE WESTERN BALKANS:

While celebratory gunfire was common beforehand, the practice was prohibited by authorities during the Cold War and it became virtually non-existent. It was revived in the 1990s, and accelerated with the rise of social unrest and ethnic conflict. Present-day use of celebratory gunfire tends to have more links with the widespread availability of guns in the region, rather than as a result of tradition.

Shooting a gun at a wedding or after the birth of a child, particularly a son, used to be a way of announcing the event to neighboring villages, especially in the mountainous areas of Albania and Montenegro. It is still practiced today to signal a family’s happiness to others, even though its use as a means to transmit a message is obsolete. Festive holidays, such as Christmas, New Year’s Eve and Easter, are now often marked by celebratory gunfire at midnight. An occurrence that has also become more frequent is celebratory gunfire at weddings and sports events. As celebratory fire increased, casualties followed.

In ethnically mixed areas in Bosnia and Herzegovina like Mostar, participants of focus groups claimed they heard celebratory gunfire at almost every religious holiday and after big sporting events.

As is the case in other parts of the Western Balkans, incidents of celebratory gunfire are rarely reported in Montenegro. In spite of this, in 2014, 33 misdemeanors were recorded that pertained to the illegal use of firearms and explosive devices, and most often these were at private celebrations of a wedding, New Year’s, Christmas, and birth of a child.

Celebratory gunfire is also very common in Serbia. A survey conducted amongst young people showed that 80% of youth have witnessed gunfire at a wedding. Women find it inappropriate on all occasions, while middle-age to old people disapprove of it the most.

In the former Yugoslav Republic of Macedonia there was a sharp increase in celebratory gunfire incidents immediately after the conflicts in 2001 and 2002. This again suggests links between celebratory gunfire, security levels, and the availability of guns.

“The rifle has the devil inside” Gun Culture in South East Europe, SEESAC, 2006

The campaign is part of SEESAC’s EUSAC project funded through the EU Council Decision 2013/730/CFSP in support of SEESAC disarmament and arms control activities in South East Europe. SEESAC provides support to national and regional stakeholders in strengthening their capacities to control and reduce the proliferation and misuse of small arms and light weapons and in this way contribute to stability, security and development in South East Europe (SEE).

CELEBRATE WITH YOUR HEART, NOT YOUR GUN