“Before it is too late" - Report Weapons, Stop Violence 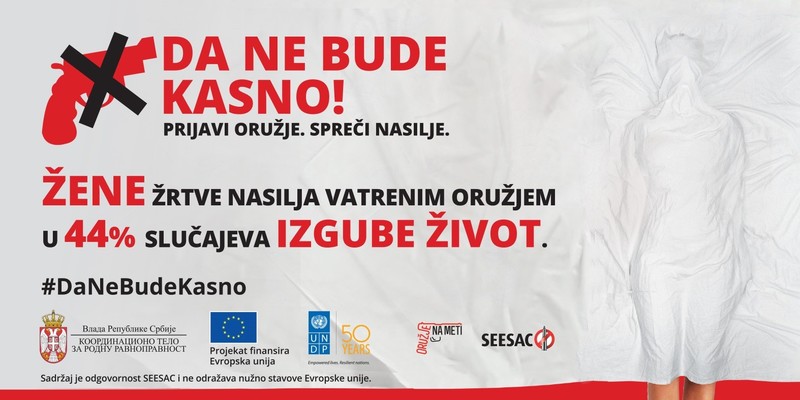 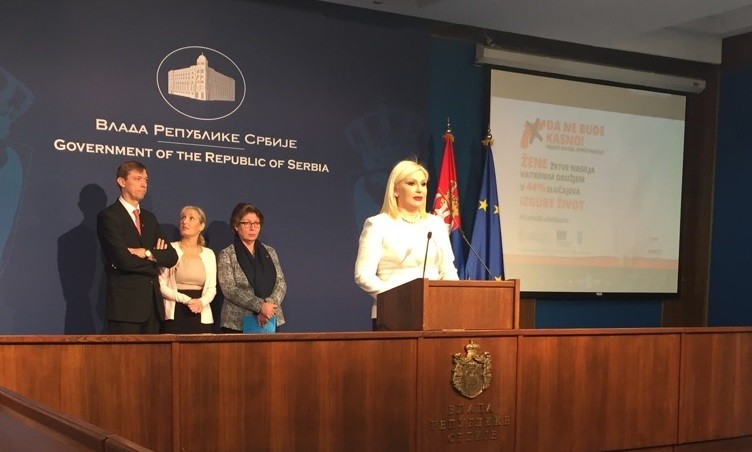 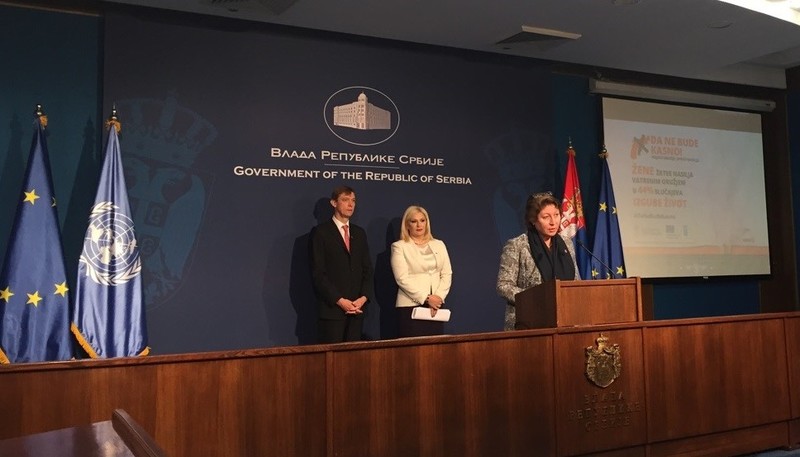 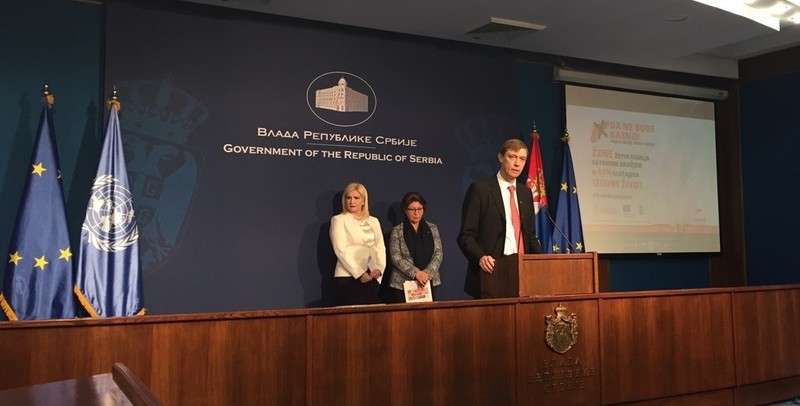 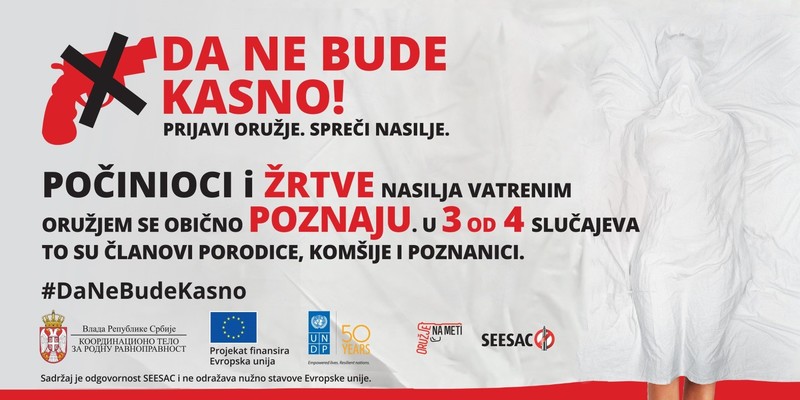 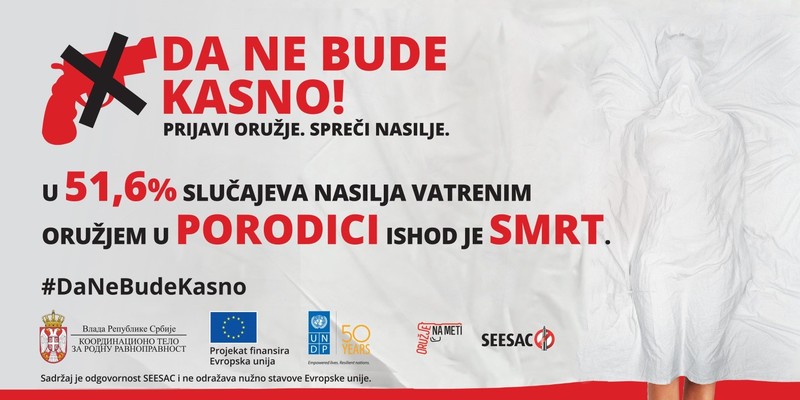 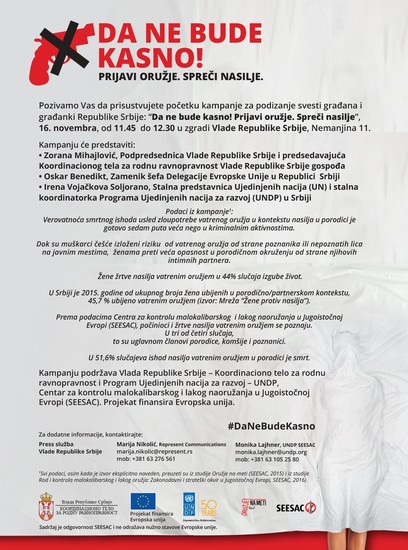 Belgrade– 16 November 2016. “Before it’s too late” campaign was launched today, by the Coordination Body of the Government of Republic of Serbia, European Union and UNDP SEESAC to raise the awareness on the dangers of misuse of firearms, especially in the context of domestic and intimate partner violence.

Funded by the European Union and implemented by the Coordination Body for Gender Equality of the Government of Republic of Serbia, together with UNDP SEESAC, the campaign is taking place from 16 November until middle of December 2016.

Violence against women and children is nobody's private matter. Since the beginning of this year, 29 mothers, sisters, and wives have been killed in domestic and intimate partner violence, most of them with illegal firearms, as it recently happened in Žitište. This has to stop. For that reason, in cooperation with the European Union and UNDP we have launched the campaign Before it’s too late. We invite all of you, our entire society to join us, we invite everyone to protect our mothers, our sisters, our wives. We will protect them by reporting those who wish to harm them. Therefore, report abusers to the authorities, report those in the possession of illegal weapons. Report them immediately, before it’s too late," said the Vice-President of the Government of the Republic of Serbia Prof. Zorana Mihajlović, PhD.

Firearms-related incidents taking place in the context of domestic violence are seven times more deadly, than those occurring within the context of criminal activities.  In family or intimate-partnership setting, women are far more at risk of violence than men.  Women are more often victims of firearm violence in private spaces, such as their home, rather than in public settings”, Deputy Head of the EU Delegation in Serbia Mr. Oskar Benedict told the media, adding that the campaign “Before it is too late” is aimed at increasing public and women’s safety.

“Women are five times more likely to be victims of firearms incidents than perpetrators and death was more prevalent among female victims – 44% as opposed to 34% for male victims”, UN Resident Coordinator and UNDP Resident Representative Ms. Irena Vojackova Sollorano highlighted during the launch. “Before it’s too late” campaign is important for us all, as domestic violence is complex phenomena and tailor made measures are needed. It requires a long-term commitment and a strong, synchronized social and institutional response. The United Nations is supporting the Government in implementing these changes”, Vojackova Sollorano emphasised.

To assist the countries of South East Europe in their efforts to address the issue of illicit firearms, the Council of the European Union passed the Council Decision 2013/730/CFSP in support of SEESAC Disarmament and Arms Control Activities in South East Europe (EUSAC project) on 9 December 2013 and provided necessary funds for arms control activities to be implemented by UNDP SEESAC. Through the EUSAC project, since 2014, awareness and collection campaigns have taken place in Bosnia and Herzegovina, Serbia and Montenegro, and are currently ongoing in Albania and Moldova.