The rate of accidents at munitions storage sites rose to unprecedented levels in 2011 and, according to the UN International Ammunition Technical Guidelines, Eastern Europe is an area of particular concern due to the significant existing surpluses, many of which are well pats their safe storage life.

In 2006, as a result of an explosion at an ammunition depot in Paracin, Serbia, 1,300 tonnes of ammunition were lost and 80,000 Unexploded Ordinances (USOs) needed to be secured. The explosion injured 20 civilians and devastated a large area of land rendering it unfit for development.

With the aim of preventing similar incidents from taking place, on 2 February 2012, the Serbian Ministry of Defense (MoD), United Nations Development Programme (UNDP) and Organization for Security and Cooperation (OSCE) officially launched a joint Capacity Development Programme for Conventional Ammunition Stockpile Management for the Republic of Serbia (CASM).

This important project came as a response to a specific need, expressed by the Serbian MoD, to improve the MoD's capacity for conventional ammunition stockpile management by enhancing the security and safety of particular conventional ammunition storage locations, disposing of surplus ammunition and strengthening demilitarization capacities of the MoD. The envisioned results of the joint venture will inhibit unwanted proliferation of SALW and will improve the institutional capacity of the Serbian MoD to execute similar efforts in the future.

THE KEY GOALS of CASM are:

CASM Activities were based on a joint UNDP/OSCE Assessment Mission findings, dating from September 2011, and are split into three distinct components:

The first component of CASM activities, namely the disposal of napalm powder filled ammunition, was initiated late in 2012. The surplus powder and its packaging were removed from the storages of the Ministry of Defence of the Republic of Serbia in September and the powder was shipped to a waste disposal facility in Sweden.  In September 2013, SEESAC and OSCE comprised team traveled to Sweden to verify that the disposal is taking place according to the highest ecological standards.

In 2013, SEESAC initiated the procedure for the disposal of the White Phosphorus Ammunitions and selected the company which will dispose of it. 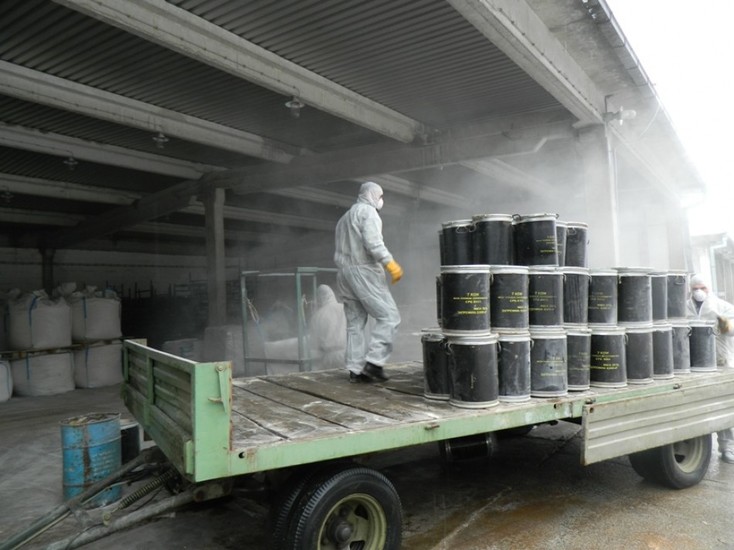