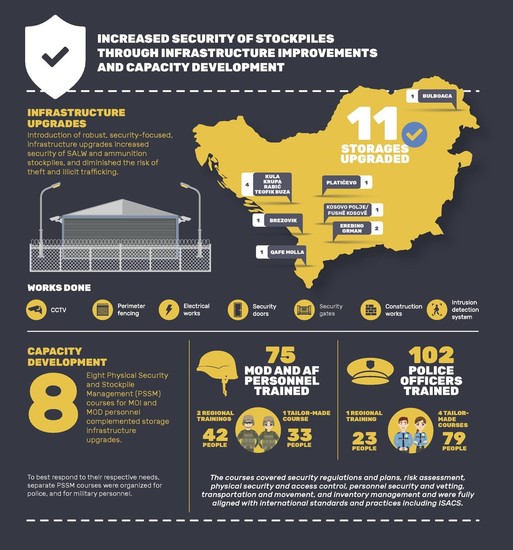 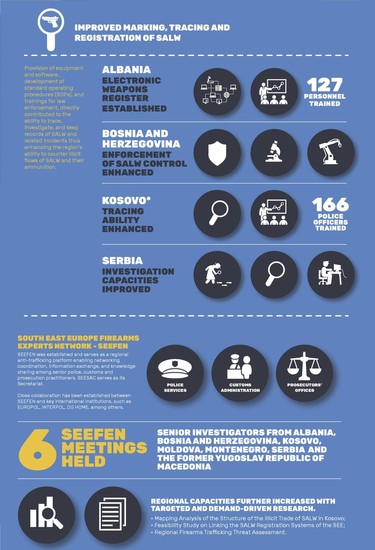 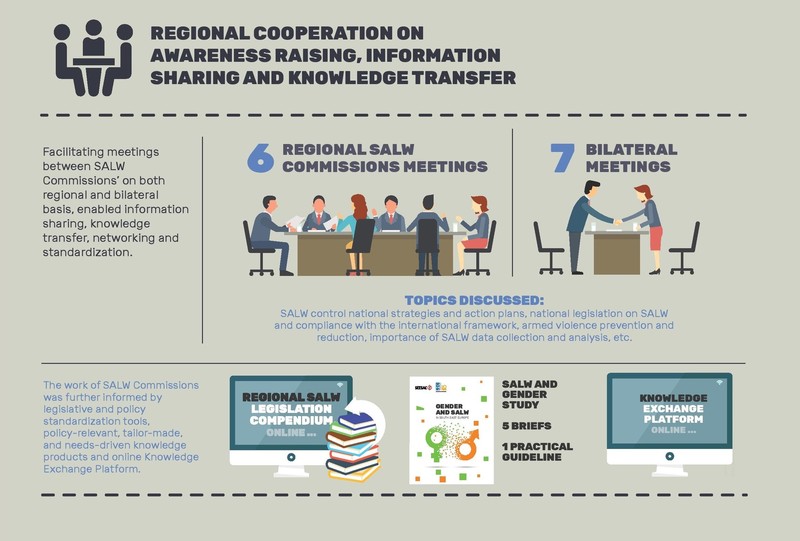 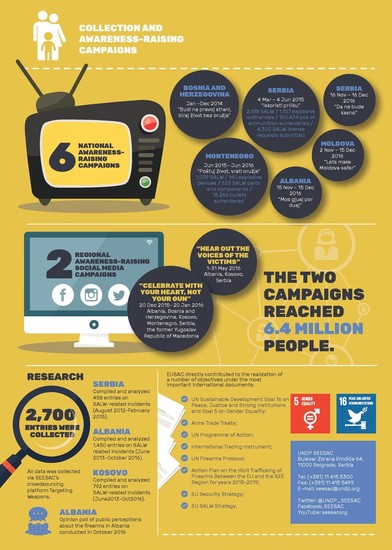 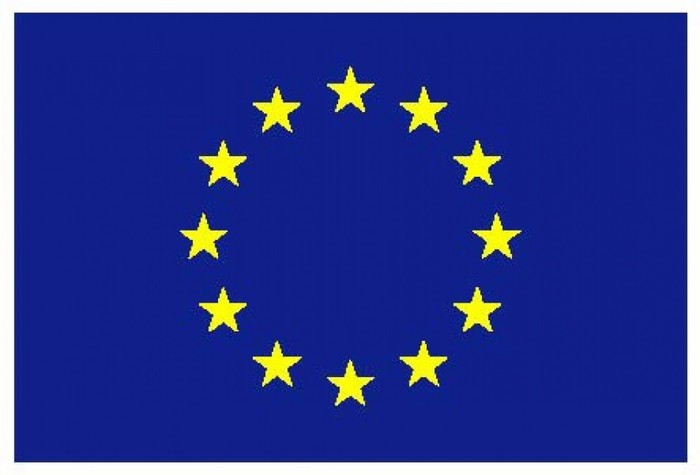 Countries in the Western Balkans persist as a particular concern regarding SALW issues due to extensive periods of instability, an intense legacy of armed conflict, and well-developed channels of contraband smuggling, as well as security/defense strategies that rely on the stockpiling of weapons and ammunition. In fact, the EU Strategy to combat the illicit accumulation and trafficking of small arms and light weapons (SALW) and their ammunition, identifies the Balkans and South-East Europe as regions especially affected by the excessive accumulation and spread of SALW.

Poised to address the issue at hand, the EU turned to SEESAC, as an organization with more than ten years of experience in SALW control in the Western Balkans and a demonstrated strong track-record in project development, advising, monitoring and evaluation. On 9 December 2013 the Council of the European Union passed the Council Decision 2013/730/CFSP in support of SEESAC's disarmament and arms control activities in South East Europe. The 28 EU member states thereby secured over EUR 5 million for the implementation of key SALW Control Activities by SEESAC.

The latest phase of activities built directly upon the SALW Control work SEESAC successfully completed during the 2010-2012 period under the Council Decision 2010/179/CFSP. It significantly enhanced SEESAC’s capacity to continue to strengthen safety and security through regional cooperation in South East Europe.

The EU Support of SEESAC Disarmament and Arms Control Activities in South East Europe Project (EUSAC) project, which was designed in close cooperation with national authorities, worked on the following five interrelated streams of activities:

INCREASED SECURITY OF STOCKPILES THROUGH INFRASTRUCTURE IMPROVEMENTS AND CAPACITY DEVELOPMENT

The upgrading of 11 storage sites in Albania, Bosnia and Herzegovina, Kosovo*, Republic of Moldova, Montenegro, Serbia and the former Yugoslav Republic of Macedonia was successfully completed. This activity reduced the threat of the spread and illicit trafficking of SALW and their ammunition by improving security provisions for the storage of conventional weapons and ammunition stockpiles. Prior to the EUSAC project, SEESAC successfully assisted the upgrade of 7 SALW and ammunition storages in the Western Balkans.

SEESAC also organized 3 regional and up to 7 national Stockpile Management Training sessions in order to boost the capacity of staff to safeguard stockpiles. SEESAC carried out this activity using the experience gained from previously holding 3 training modules for 58 officials from the ministries of defence and interior of Bosnia and Herzegovina, Croatia, FYR of Macedonia, Montenegro and Serbia

SEESAC provides independent, impartial and neutral technical advice and assistance for the development and implementation of safe, efficient and effective SALW destruction initiatives. Within the scope of this component, 17,244 SALW, 4,967 SALW parts and components and 12,867 pieces of ammunition were be disposed of in: Albania, Bosnia and Herzegovina, Kosovo*, Moldova, Montenegro, Serbia, and the former Yugoslav Republic of Macedonia.

As a result of SEESAC’s previous endeavors in this field, in the period 2002-2013, approximately 290,000 pieces of SALW have been disposed of in Albania, Bosnia and Herzegovina, Bulgaria, Croatia, Moldova, Montenegro, the former Yugoslav Republic of Macedonia, and Serbia.

Through provision of technical assistance, training and analysis SEESAC directly supports local institutions to establish or enhance registration, marking and tracing systems. Furthermore, SEESAC coordinates the establishment of the regional firearms network. This network will ensure that the regional knowledge is identified and effectively utilized.

The work under EUSAC from 2014-2016 was a continuation of previous activities during which SEESAC engaged with the government authorities in Montenegro and the former Yugoslav Republic of Macedonia, bringing about the establishment and upgrading of their respective weapons registrations systems. (See SEESAC's previous work on SALW Marking, Tracing and Record-keeping)

In order to increase the capacity to combat the threat posed by SALW and their ammunition in South East Europe from 2014-2016. SEESAC fosters and facilitates knowledge sharing, information exchange and awareness-raising through closer regional cooperation. Through the EUSAC project, SEESAC increased the capacity of National SALW Commissions and relevant institutions engaged in arms control by providing technical assistance and capacity development. At the same time, SEESAC established and facilitated a regional information exchange process bringing together representatives of National SALW Commissions and institutions engaged in arms control in order to increase regional cooperation and knowledge sharing.

These activities built on the knowledge and experience gained from the previous collection and awareness raising campaigns that SEESAC supported, and which led to the collection of 589 pieces of illicit automatic weapons, 16,368 pieces of illicit fragmentation weapons, 1,164 pieces of legal weapons, 818,153 pieces of ammunition and 620kg of explosive in Croatia and establishment of an online platform for the assessment of public perceptions in Serbia.