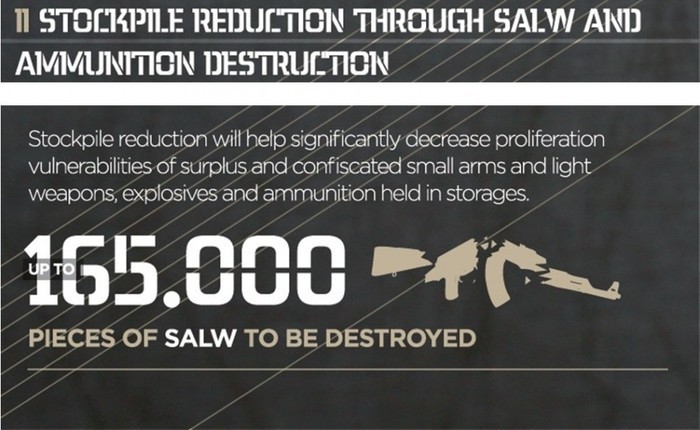 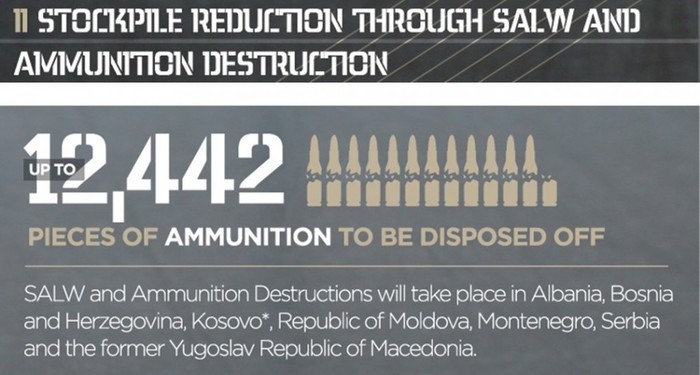 One of the ways to diminish the risk of Small Arms and Light Weapons (SALW) proliferation is by reducing the significant stockpiles of weapons and their ammunition in existence throughout South East Europe (SEE). With this in mind, supporting national authorities in SEE to dispose of their surplus, confiscated SALW and their ammunition has been developed into a key component of the EU Support of SEESAC Disarmament and Arms Control Activities in South East Europe (EUSAC) project.

Within the scope of this component, 17,266 SALW, 4,967 SALW parts and components and 12,867 pieces of ammunition were disposed of in: Albania, Bosnia and Herzegovina, Kosovo*, Moldova, Montenegro, Serbia, and the former Yugoslav Republic of Macedonia.

With regards to ammunition, 12,442 units of ammunition were marked for destruction in Montenegro. This activity was implemented in cooperation with the MONDEM (Montenegro Demilitarization Programme) project, managed by the United Nations Development Programme in partnership with the OSCE.