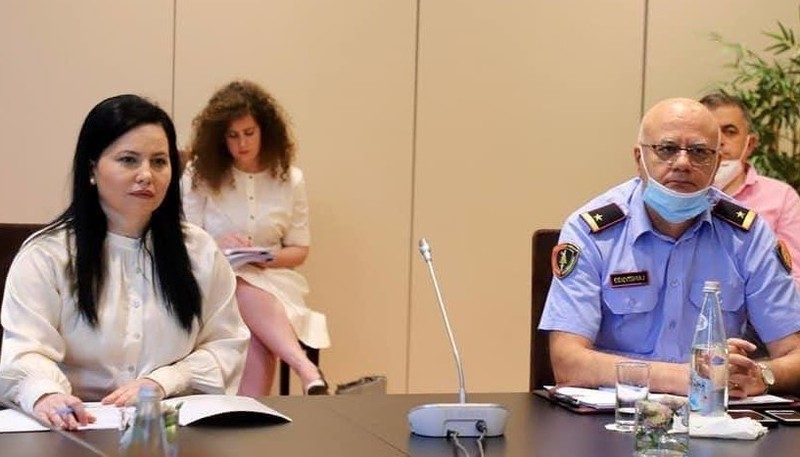 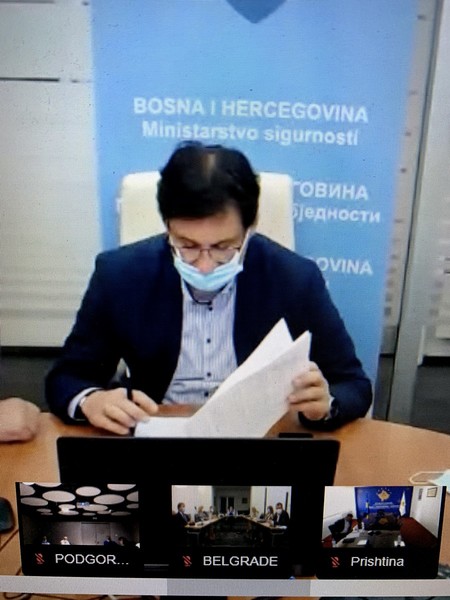 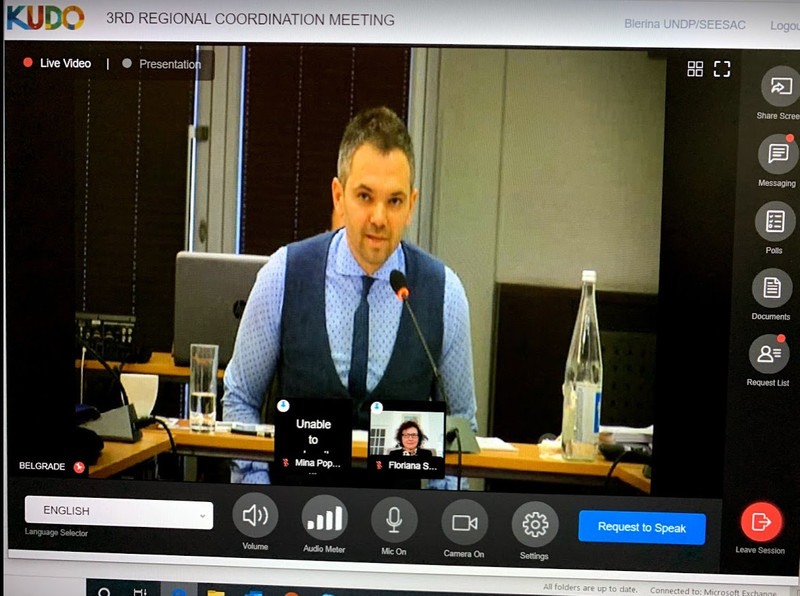 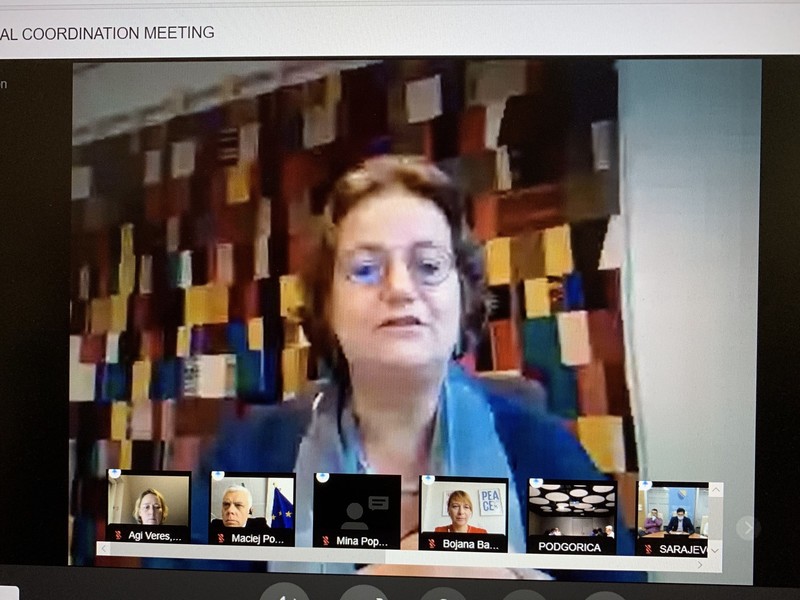 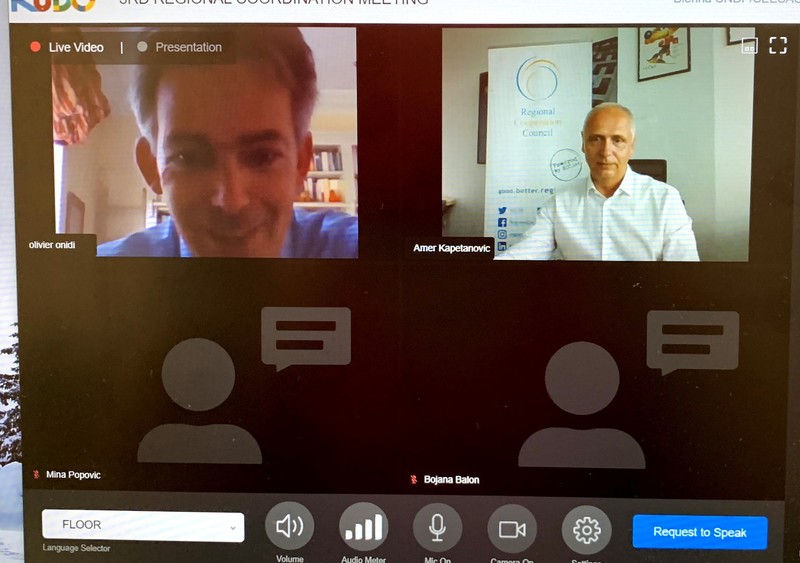 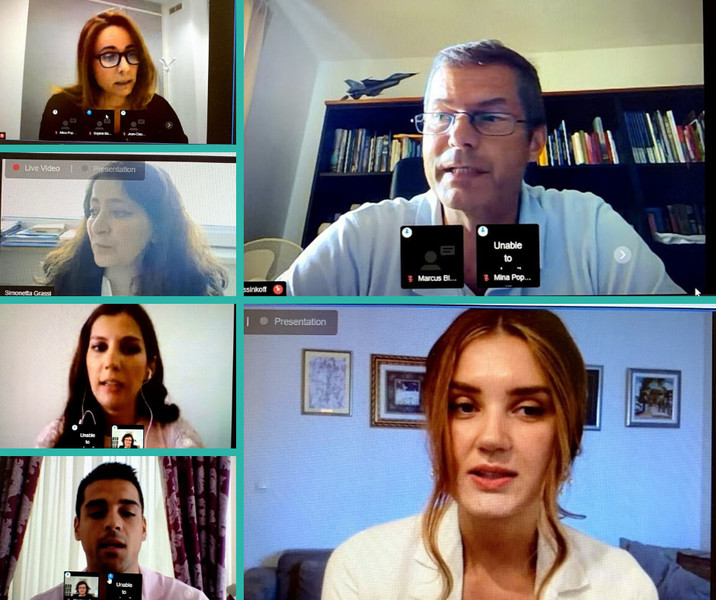 The meeting aimed to review progress in the implementation of the Roadmap, discuss challenges and short-term plans as well as support from the international organizations engaged in arms control in the region. Furthermore, it presented the key findings from the 3rd progress reports as per Roadmap Key Performance Indicators (KPIs) and Roadmap Goals.

Key statements from officials present at the event included:

The value of the Roadmap process lies also in the fact that it is fully regionally owned. While many donors and international organizations are supporting the implementation, the process is nevertheless nationally owned and steered. The role of SEESAC, which was established by Governments in the region and UNDP to support the disarmament and arms control efforts, is also an important one. The EU will continue to support the efforts in the Western Balkans, which are very much in line with the EU Strategy Against Illicit Firearms, Small Arms & Light Weapons and their Ammunition.

We are committed to developing a strong dimension under the upcoming Security Union Strategy and subsequent initiatives on countering arms trafficking, trafficking of human beings, drugs etc. In this context, the Western Balkans Roadmap will be integrated in the upcoming EU Action Plan 2024. We remain committed to the region and to the security of the region which we share, and we’ll keep these security matters centrally in the course of the accession process.

We have seen how this model of the Roadmap we developed and presented one year ago in the Security Council is a success story that is now being replicated in two other regions. I am glad to hear that the Roadmap will be integrated in the EU Action Plan and will make the project even more pertinent and stronger so all the mechanisms that you have developed will stay in place and I assure you that both Germany and France will remain committed.

H.E. Jean-Claude Brunet, Ambassador-at–large on transitional criminal threats and the fight against the illicit trafficking of SALW, France:

The Franco-German effort in the Western Balkans is a unique experience upon which our leaders are trying to build further with Europe and for Europe. Coordination in the co-chairmanship will allow us to develop a more integrated approach in the EU Action Plan addressing the synergy with programs under implementation and supported by the expertise and cooperation with the EU Member States.

I commend the Small Arms and Light Weapons Commissions from the region for their strong commitment in the organization of local coordination meetings and of the regional meeting as per the planned schedule. This high-level engagement and ownership from the region, is a strong evidence of long-lasting cooperation and spirit of trust that has been established in this area in the Western Balkans. It is a remarkable example which further promotes transparency, confidence and stability, which are so much needed in this region.

The Western Balkans SALW Control Roadmap process is a unique practical example of a regionally owned process - the authorities in the region decided to deepen the cooperation and set clear targets, as well as to measure progress in achieving them; the importance of support from donors and international organizations is undisputed.

The Roadmap was developed by the Western Balkans authorities with SEESAC’s technical support, under the auspices of the Governments of Germany and France and with the support of the European Union (EU) and all other relevant actors. It was adopted by the region’s leaders at the London Summit in July 2018. The Roadmap envisages the Western Balkans as a safer region, and an exporter of security, where comprehensive and sustainable mechanisms, fully harmonized with the European Union and other international standards, are in place to identify, prevent, prosecute, and control the illegal possession, misuse and trafficking of firearms, ammunition and explosive.

The meeting is organized within the EU COUNCIL DECISION (CFSP) 2018/1788, of 19 November 2018 in support of SEESAC for the implementation of the Regional Roadmap on SALW Control in the Western Balkans.