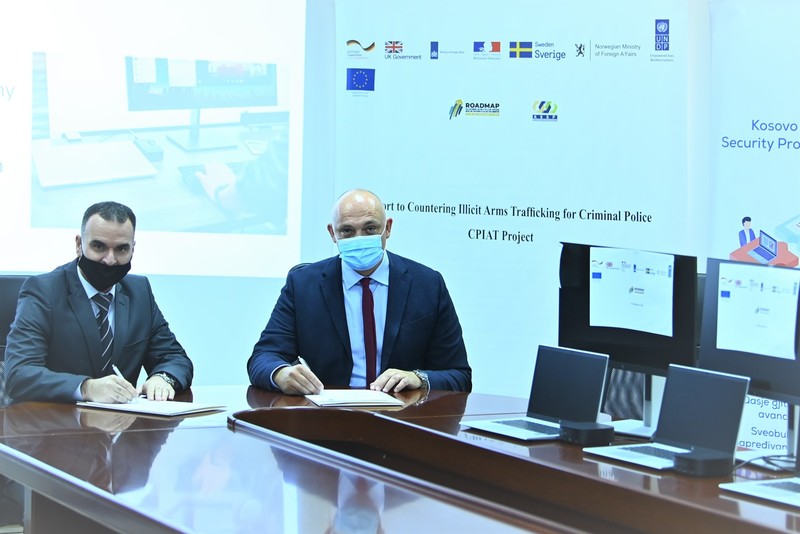 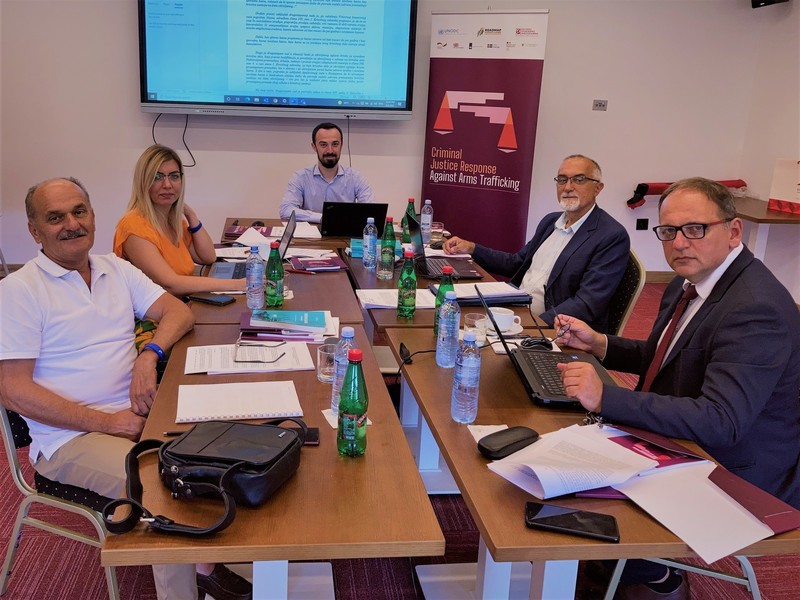 Workshop for Serbian judges, which resulted with the final version of the case law collection on firearm-related criminal offences, contributing to the harmonization of court practice.

The Western Balkans SALW Control Roadmap Multi-Partner Trust Fund (MPTF) is a key funding mechanism established by UNDP and UNODC in support of the implementation of the Roadmap for a sustainable solution to the illicit possession, misuse, and trafficking of small arms and light weapons (SALW) and their ammunition in the Western Balkans by 2024. The Trust Fund contributes to a donor coordinated approach in the implementation of the Roadmap and provides a comprehensive risk and results-based management system. Due to the generosity and commitment of its donor partners – Germany, the United Kingdom, Sweden, France, the Netherlands, and Norway, the Trust Fund mobilized contributions of over US$21 million since its establishment in March 2019.

The Trust Fund is currently supporting 10 projects covering a wide array of topics from countering illicit arms trafficking to strengthening crime scene and ballistic investigations, raising public awareness on the impact of firearm misuse, and criminal justice response to arms trafficking. Projects are implemented in Albania, Bosnia and Herzegovina (BiH), Kosovo*, Montenegro, North Macedonia, Serbia, and at the regional level.

Here are some of the key results achieved by UNDP and UNODC with financial support from the Trust Fund in the period July-September 2021.

UNODC’s Global Firearms Programme (GFP) continued to support the Western Balkans authorities in the process of harmonizing the criminal and criminal procedural law with the provision of the UN Firearms Protocol.

Specifically, in North Macedonia, UNODC facilitated a workshop with two Members of the Parliament from the Legal Committee to promote the gap analysis on the harmonization of the Macedonian criminal legislation with the UN Firearms Protocol and to acquaint the Parliamentarians with the draft amendments proposed to the Criminal Code.

Activities were also continued to increase capacities for detection, investigation, and prosecution of firearm trafficking and its links to other serious crimes. The project enabled fourteen Western Balkans experts to participate in the first online Expert Group Meeting (EGM) on the development of the Guidelines on the investigation, and prosecution of firearms trafficking cases. The meeting was also attended by experts from Africa, Central Asia, Latin America, and the Caribbean, representatives of law enforcement agencies and prosecution offices in Canada, France, Germany, Italy, Portugal, Sweden, and the UK, as well as the representatives of FRONTEX and INTERPOL. Participants shared best practices from their respective regions, exchanged information on various stages of the investigation and prosecution of illicit firearms trafficking cases, and agreed on the structure of the Guidelines. Moreover, 11 prosecutors from BIH enhanced their understanding of how firearms identification and tracing can contribute towards solving firearm-related cases of transnational nature during dedicated training. To strengthen information sharing and analysis, 5 inter-institutional meetings to exchange information about the application of the criminal procedure law in firearms investigations/trafficking were also organized in Albania, BiH, North Macedonia, and Serbia.

At the same time, two workshops for the presentation and review of the case law collections on firearm-related criminal offenses were organized in North Macedonia and in Serbia to further support the harmonization of court practices on sentencing firearm trafficking cases.

Following the successful methodology established in BiH within another Trust Fund project, UNODC initiated the preparation of needs assessments for preventing trafficking of firearms, their parts, components, and ammunition through postal and courier shipments in Albania, Serbia, North Macedonia, and Kosovo. UNODC drafted the assessment for North Macedonia, while the assessments for the other jurisdictions are in more incipient stages.

In BiH, UNDP and UNODC GFP continued with the activities aimed at enhancing the capacities of the BiH Customs, Border Police, and three postal agencies in better tackling SALW trafficking. UNDP trained another 142 customs officers on the use of the SOPs for tackling arms trade and providing specialized detection equipment to the Customs Authority.

At the same time, 20 representatives from the Customs headquarters, the Customs Regional Centers in Banja Luka, Sarajevo, Mostar, and Tuzla, and the Customs – Sarajevo Airport enhanced their training skills regarding the detection of firearms, their parts, and ammunition in postal shipments during a UNODC-organized training of trainers.

In the meantime, to strengthen the cooperation between the BIH Customs and commercial entities on the detection of firearms in fast parcels, UNODC prepared a gap analysis, which identified thirteen areas where cooperation could be further improved. Subsequently, the project team organized a training on cooperation between the private and public sectors on detecting firearms in fast parcels, attended by 18 participants, representatives of the Ministry of Foreign Trade and Economic Relations, State Investigation and Protection Agency, Prosecutor’s Office of Bosnia and Herzegovina, Agency for Postal Traffic of BiH, Border Police BiH, the Customs, and private sector representatives.

Finally, UNODC GFP supported raising awareness among the private sector on the prevention of arms trafficking by conducting three training sessions for the private courier companies on detection of firearms in fast parcels.

In Kosovo, UNDP delivered 7 laptops to the Kosovo Police investigation department, to enhance their firearm investigation capacities in line with the intelligence-led policing process. This will contribute to increased productivity and quality of police investigations on illicit arms trafficking and SALW control.

As part of the Kosovo-North Macedonia cross-border project, UNDP finalized a needs assessment and gap analysis on illicit arms trafficking, SALW control, possession and misuse and weapons categorization, and information gathering and sharing in North Macedonia and presented it at a workshop with relevant representatives from the MoI. A similar needs assessment was initiated in Kosovo.

In Serbia, UNDP provided the first piece of equipment within their MPTF-funded project, which was delivered to the ballistic laboratory of the National Forensic Centre - a plasma ashing device for gunshot residue analysis. The equipment will help raise the efficiency and advance the accuracy of gunshot residue laboratory investigation, which in turn will positively contribute to solving and prosecuting crimes committed with firearms.