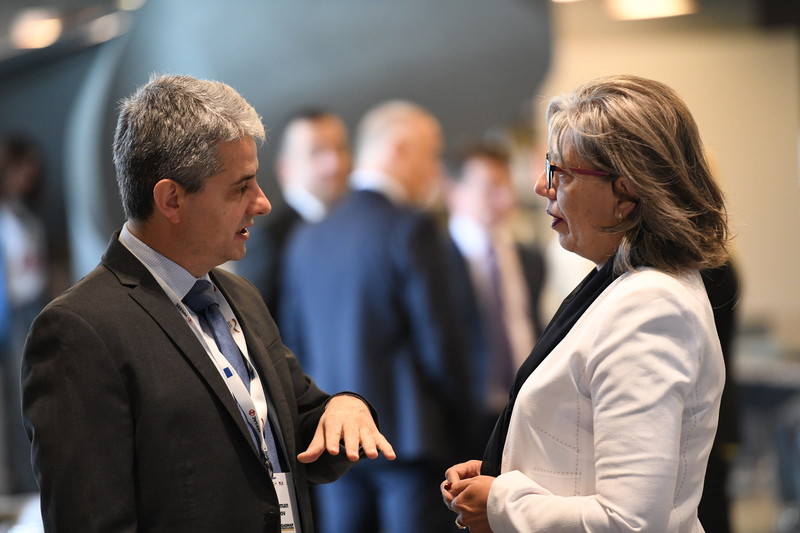 Four new projects in the area of small arms and light weapons (SALW) control will be initiated by the United Nations Development Programme (UNDP) Offices in Bosnia and Herzegovina (BiH) and Kosovo* and the UN Office on Drugs and Crime (UNODC) to tackle the illicit possession, misuse and trafficking of firearms in the Western Balkans.

The projects are implemented in the framework of the Roadmap for SALW Control in the Western Balkans and are funded by the Governments of Germany, France, UK, Sweden and Norway through the UN Multi-Partner Trust Fund, established by UNDP, UNODC and the MPTF Office, in support of the implementation of the Roadmap. The projects will support the efforts of the Western Balkans jurisdictions in achieving the goals of the Roadmap and a sustainable solution to the illicit possession, misuse and trafficking of firearms, ammunition and explosives.

The projects, amounting to USD 5.3 million, were selected within the first call for project proposals launched in 2019, and addressed to the UNODC and UNDP Offices in the Western Balkans.

Halting Arms and Lawbreaking Trade (HALT) in Bosnia and Herzegovina, implemented by UNDP BiH and UNODC. The project will enhance the capacities of the Indirect Taxation Authority (i.e. the Customs Authority in BiH) to better combat illicit arms trafficking through development of standard operating procedures, provision of training, and procurement of specialized equipment for the detection of smuggled firearms. The project will also contribute to strengthened cooperation and information exchange between the Indirect Taxation Authority and other institutions at the national and regional levels through joint trainings, working visits, and cross-border operations. The BiH Border Police, postal agencies, private companies and the criminal justice sector in BiH will be engaged throughout the project for increased sustainable results.

Support to Combating Illicit Arms Trafficking in Kosovo for Criminal Police (CPIAT), implemented by UNDP Kosovo. Through the provision of specialized training and equipment, the project will support the Kosovo Police in strengthening their capacities to better detect and increasingly confiscate firearms, components and ammunition, and improve the quality of investigations.

Criminal Justice Response Against Arms Trafficking (regional project), implemented by UNODC, will support the six Western Balkans jurisdictions to strengthen their criminal justice response to firearms related criminality, particularly illicit arms trafficking. Specifically, the project will support the Western Balkans authorities in the harmonization of the national firearms legislation and relevant criminal and procedural law provisions with the UN Firearms Protocol. The project will also work with the Western Balkans authorities in strengthening their capacities to detect, investigate and prosecute firearms trafficking and its links to other serious crimes, through improved guidelines and standard operating procedures, specialized training, information exchange and regional cooperation.

Urgent Action on Ammunition Destruction - Project EXPLODE+, implemented by UNDP BiH. The project will support the Ministry of Defence of BiH in the destruction of 91 tons of unsafe ammunition, contributing to reduced stockpiles of surplus ammunition and thus to higher safety and security for storage facilities and local communities nearby.