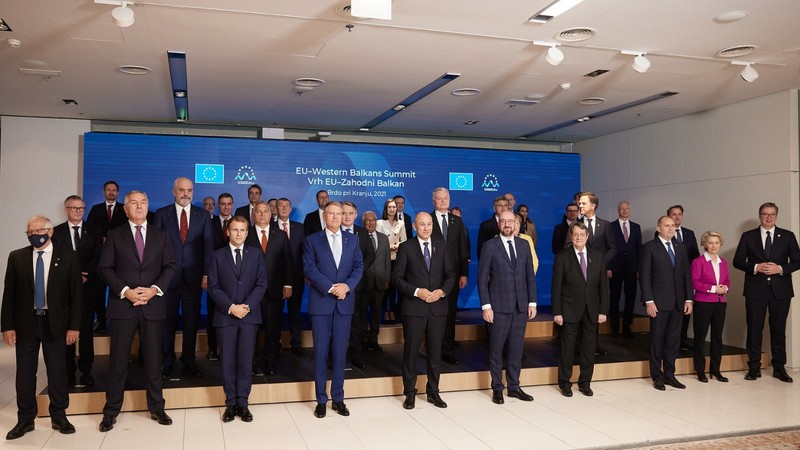 On 6 October 2021, Slovenian presidency of the European Council hosted the EU-Western Balkans Summit, in Brdo pri Kranju. The meeting gathered leaders from the EU member states and from the six Western Balkan partners, namely: Albania, Bosnia and Herzegovina, Serbia, Montenegro, the Republic of North Macedonia, and Kosovo*.

On this occasion, EU leaders adopted the Brdo Declaration, with which the Western Balkans leaders have aligned themselves.

The document touched upon a number of areas of common interests, support, and collaboration, ranging from COVID-19 response, economic development, connectivity, and the green and digital transitions, to political and security cooperation.

Under the political and security cooperation segment, the EU specifically reflected on the security concerns arising from illicit trade and trafficking of small arms and light weapons and noted the work done under the Western Balkans Roadmap.

The Roadmap for a sustainable solution to arms control in the Western Balkans by 2024 envisages the Western Balkans as a safer region and an exporter of security where comprehensive and sustainable mechanisms, fully harmonized with the European Union (EU) and other international standards, are in place to identify, prevent, prosecute, and control the illegal possession, misuse and trafficking of firearms, ammunition and explosives. It is based on regional cooperation principals and it draws upon SEESAC’s signature solution to arms control resulted from over a decade of work on all arms control-related aspects with governments in the region and in partnership with the EU.

The Roadmap was developed by the Western Balkans authorities with SEESAC’s technical support under the auspices of France and Germany and in consultation with the EU and all other relevant actors. It was adopted in London, on 10 July 2018.

*References to Kosovo shall be understood to be in the context of the Security Council Resolution 1244 (1999).