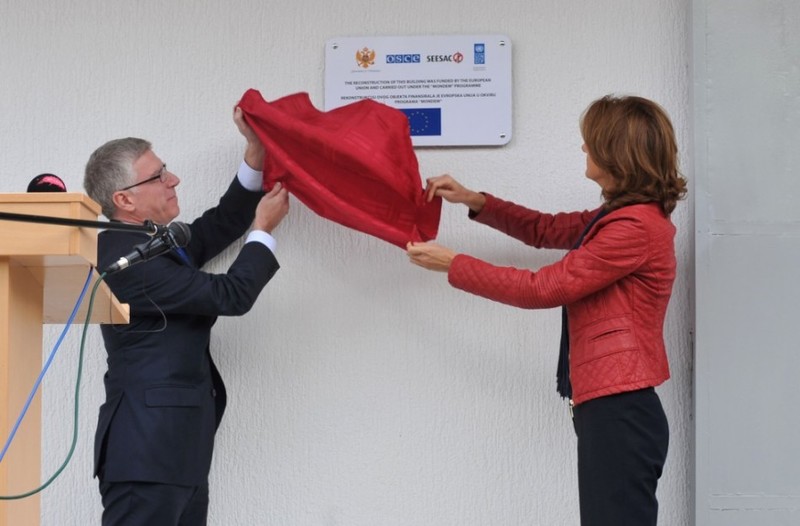 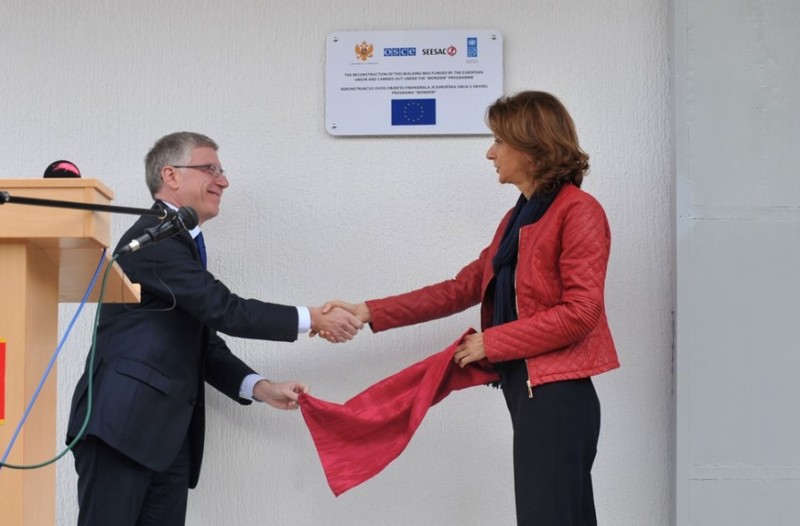 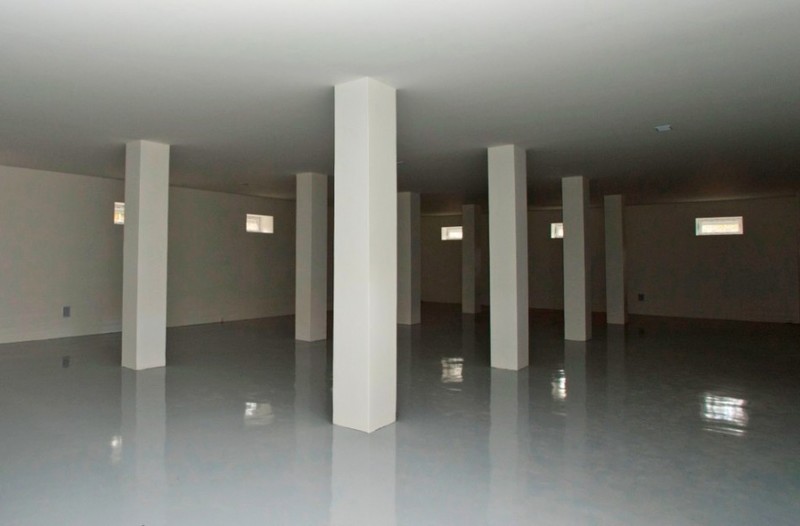 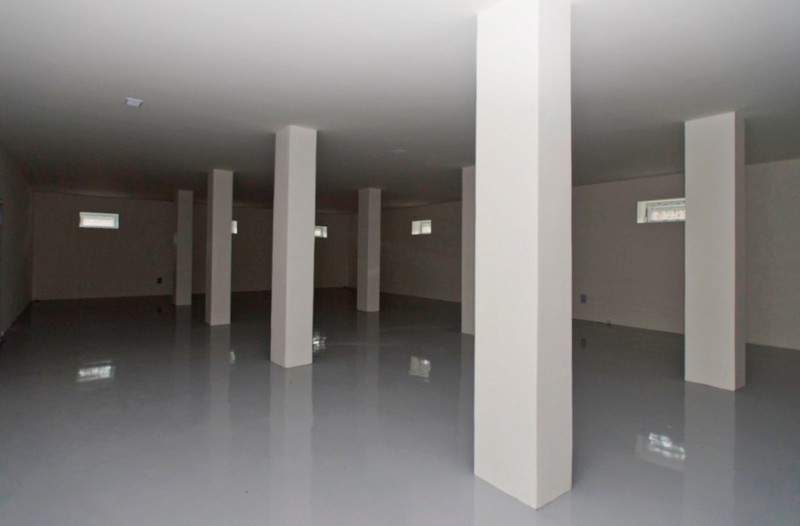 Continuing its efforts to reduce the threat of proliferation of SALW and their ammunition, SEESAC completed the security upgrades on the Montenegro Armed Forces’ Brezovik ammuniton depot. Makring the completion of upgrades at three storage buildings – with storage capacities of 400 tonnes each – the works were handed over during a ceremony that took place on 14 November 2014 at the site.

The storage security upgrades were implemented within the Montenegro Demilitarization Programme (MONDEM) – a joint effort by the Ministry of Defence of Montenegro, UNDP Montenegro, and the OSCE Mission to Montenegro – and are funded by the European Union, under the EU Support of SEESAC Disarmament and Arms Control Activities in South East Europe (EUSAC) project, as mandated in Council Decision 2013/730/CFSP, dated 9 December 2013.

During the handover ceremony, Ms. Milica Pejanović- Đurišić, Minister of Defence of Montenegro unveiled the completed works, while Mr. Alberto Cammarata from the EU Delegation to Montenegro noted the continued commitment of the EU to tackle the issue of excessive accumulation of SALW and their ammunition in the Western Balkans.

Executed strictly in line with international standards, the upgrades serve to enhance the security of the Brezovik Ammunition Depot, leading to more  efficient management of stockpiles and contributing to a holistic approach to SALW control.

Effective management reduces the risk of loss of stocks, and consequently the illicit proliferation of SALW. Finally, improved stockpile management can also contribute to a more efficient identification of surplus weapons and ammunition, and it can help define future procurement requirements.

The completion of the works simultaneously marks the end of activities in Montenegro under the first component of the EUSAC project.