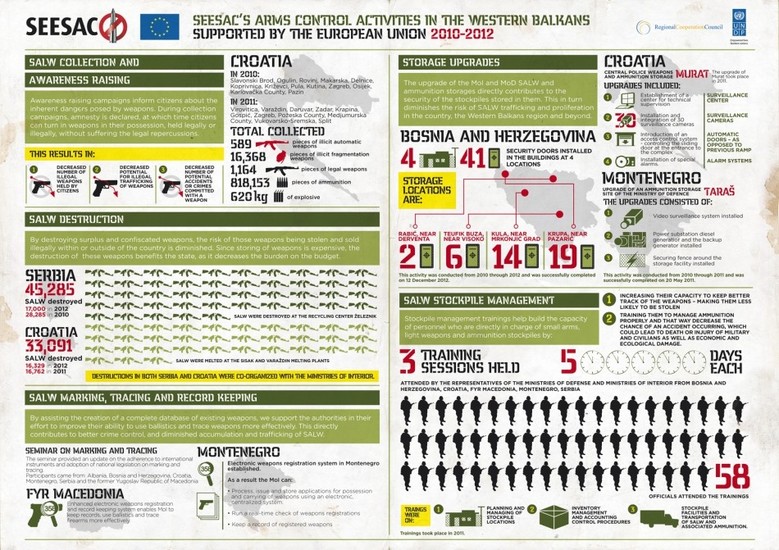 On 31 December 2012, SEESAC successfully completed its flagship regional arms control project funded by the European Union under Council Decision 179/2010/CFSP. Working in six countries of the Western Balkans and contributing the to the implementation of the EU Strategy to combat the illicit accumulation and trafficking of SALW and their ammunition, the project accomplished the following results:

We invite you to take a look at and help distribute this great infographic through social media!