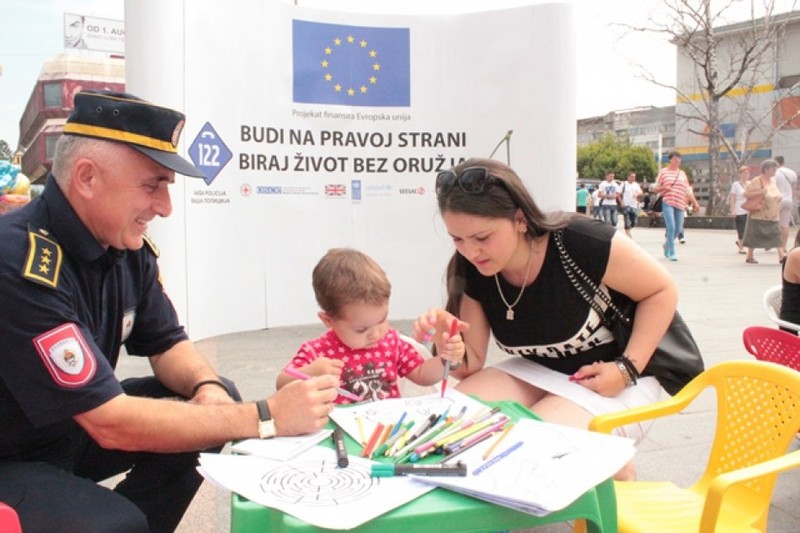 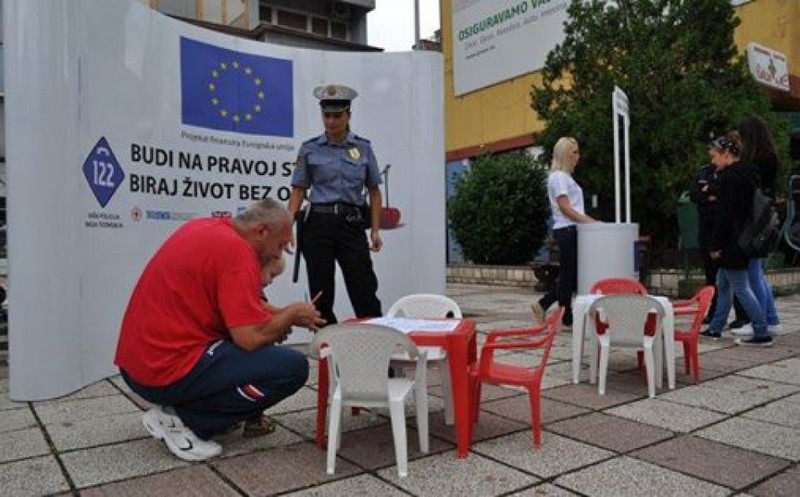 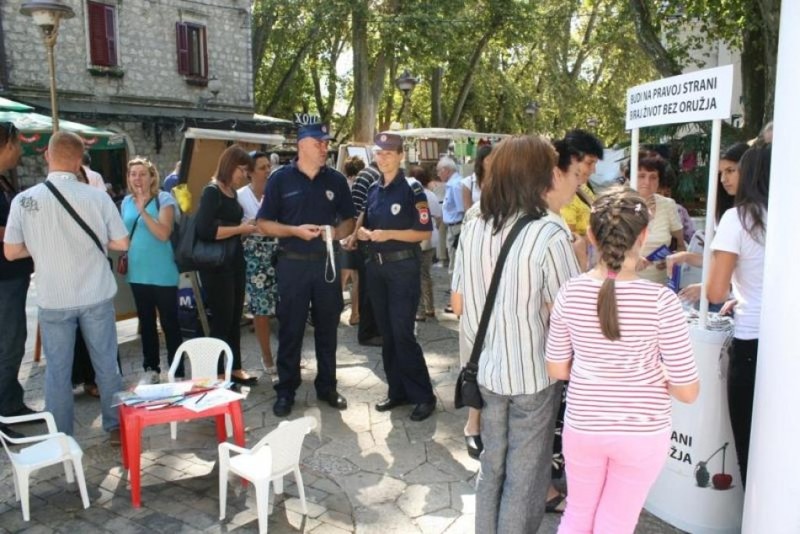 “Be on the Right Side – Choose Life without Weapons” Small Arms and Light Weapons (SALW) collection- and awareness-raising campaign continues throughout Bosnia and Herzegovina. Thus far, awareness activities have taken place in 26 cities. The campaign, which began early in 2014, has been supported by SEESAC since July 2014 with activities in the city of Prijedor, followed by events in 14 other towns across the country. SEESAC is supporting these activities with EU funds secured through the EU Support of SEESAC Disarmament and Arms Control Activities in South East Europe (EUSAC) project.

The entity and cantonal Ministries of Interior in Republika Srpska, the Federation of Bosnia and Herzegovina, and Brčko District are conducting this campaign for a one-year period, during which an amnesty has been declared and is in force throughout the country. The amnesty legislation allows for the voluntary surrender of illicitly held weapons, ammunition, and explosive ordnances without legal repercussions. Additionally, the amnesty legislation allows for the legalization of some of these firearms. Since campaign’s launch, nearly 7,000 weapons and over 300,000 pieces of munitions and unexploded ordnances have been collected or destroyed.

Following the campaign events held in Prijedor and Doboj at the end of July, the activities continued during August in the towns of Bijeljina, Srebrenik, Živinice, Mrkonjić Grad, Istočno Sarajevo, and Trebinje; and during the first half of September, in Goražde, Široki Brijeg, Posušje, Bosansko Grahovo, Glamoč, Bihać, and Sanski Most.

Closing with the activities in Sanski Most, the campaign will come to a halt for one month due to the general elections in Bosnia and Herzegovina, scheduled for 12 October 2014. The SALW collection- and awareness-raising campaign will continue in the second half of October, and it will last until the end of this year.

UNDP in Bosnia and Herzegovina is assisting directly with the implementation of the activities on the ground. In addition, the Government of the United Kingdom of Great Britain and Northern Ireland, International Committee of the Red Cross (ICRC), Organization for Stability and Co-operation in Europe (OSCE), UNICEF and World Future Council have supported the implementation of the campaign.