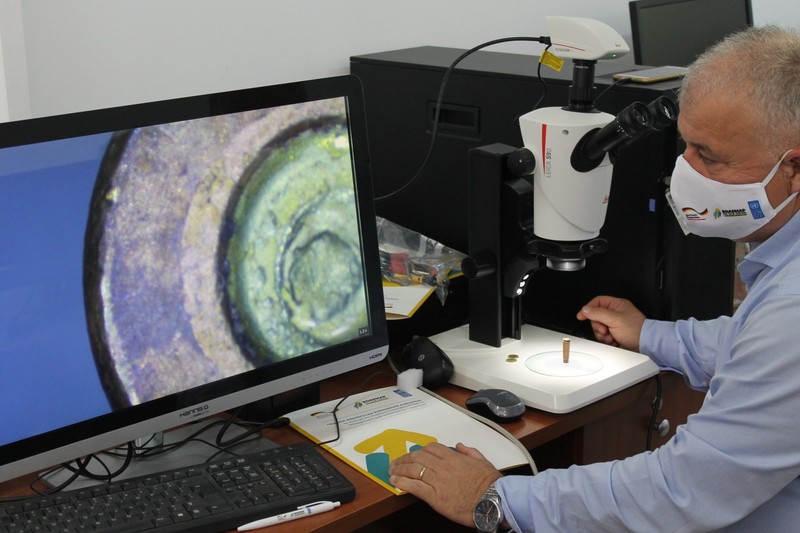 A comparative macroscope for ballistic examination and 5 stereoscopic trinocular microscopes were delivered to the Albanian Institute for Scientific Police to increase the efficiency of ballistic analysis. 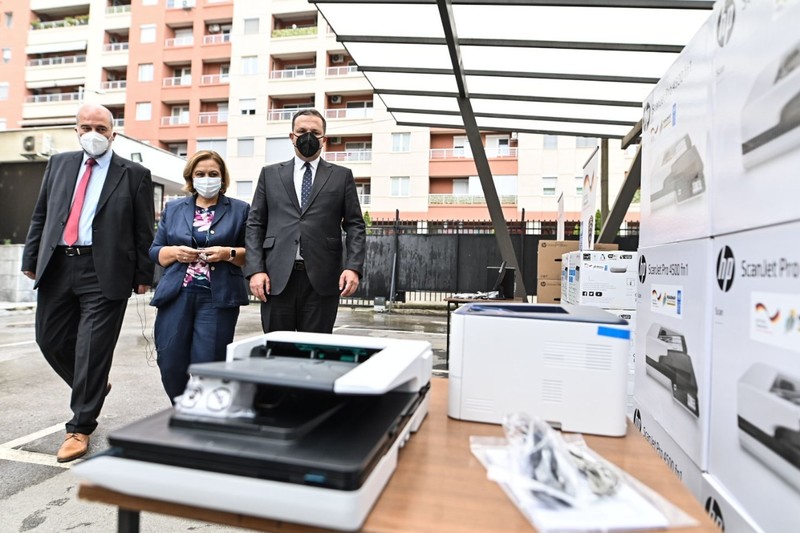 To support the implementation of the Roadmap for a sustainable solution to the illegal possession, misuse, and trafficking of Small Arms and Light Weapons (SALW) and their ammunition in the Western Balkans, UNDP with the financial support of the Federal Foreign Office, Germany, established in 2019 a regional project for kick-starting activities in support of the Roadmap. The regional project is coordinated by UNDP SEESAC and implemented by the UNDP Offices in Albania, Bosnia and Herzegovina, Kosovo*, Montenegro, North Macedonia, and Serbia. It enables a coordinated approach to the SALW control efforts and facilitates knowledge and experience sharing.

Since its establishment, the project has advanced the efforts of the Western Balkans jurisdictions in a wide array of topics from countering illicit arms trafficking to enhancing ballistic capacities, ensuring security upgrade of SALW storages, and mainstreaming gender in arms control.This project is implemented complementary to the UNDP SEESAC's projects funded by the EU and US, and Norway and Slovakia.

Towards ending SALW misuse in domestic violence in Serbia

Guided by the ultimate goal of reducing the use of firearms in the context of violence against women, domestic violence, and other forms of gender-based violence, UNDP Serbia published two of its flagship analyses aimed at improving practices and procedures related to criminal justice response: the analysis of the regulatory framework and practice related to SALW, gender-based violence, and domestic violence, and the research on judicial practice and response of the criminal justice system. The documents will be further distributed to relevant professionals in the criminal justice, social protection, and healthcare sectors, to improve their knowledge of the risks and consequences of firearms misuse in the context of domestic violence. The publications will also serve as guidance for prosecutors and multi-agency groups for cooperation and coordination to recognize the risks and prevent escalation of violence and ensure that existing laws are effectively enforced.

The project also continued to work towards increasing the awareness and knowledge of police officers, judges, and prosecutors on reducing the risks of firearm use in domestic violence. Related training curricula were thus developed, which the Ministry of Interior and the Judicial Academy will integrate into their learning platforms. Moreover, a set of guidelines for prosecutors, judges, and multi-agency groups for cooperation and coordination on the collection of evidence and ensuring adequate protection and prosecution of cases of domestic violence were developed and published online.

The UNDP Offices in Albania and in Serbia continued their work towards strengthening the capacities of the crime scene investigation units and the ballistic laboratories to increase the quality and accuracy of firearm investigations and examinations. Specialized forensics and ballistic equipment was thus procured and delivered.

In Bosnia and Herzegovina, the project continued with the extensive training component, which targets 2,000 officers by the end of the project. 191 police officers from 14 law enforcement agencies were thus trained in this period to better detect illicit firearms by using the standard operating procedures developed, and specialized detection equipment procured within the project. Also, the work on the development of the national database for SALW transport licenses continued, aimed at enhancing inter-agency cooperation at national and regional, advanced during the reporting period.

In Kosovo, the project enabled border police officers to detect potential trafficking at the border crossing points and the green border by procuring specialized equipment for detecting firearms, ammunition, and explosives hidden in vehicles.

In North Macedonia, UNDP continued the development of an Information Management System (IMS) that will enable the Ministry of Interior to increase its capacities for collecting and analyzing, on a regular basis, quantitative and qualitative information and suitably disaggregated data on incidents and criminal cases committed with firearms, their parts, and components. The IMS will allow linking SALW data and information with crime-relevant factors from a wider societal context resulting in analytical and intelligence outcomes. The development of the IMS is ongoing, while IT personnel in the Ministry of Interior were trained in the use of the IMS.

Furthermore, the Ministry of Interior received personal IT hardware necessary for the functioning of the new IMS. A high-level handover ceremony took place, attended by the Deputy Head of Mission of the Federal Republic of Germany, the UNDP Resident Representative, the Minister of Interior, the Deputy Director of the Bureau of Public Security, and UNDP Program and Project managers.

The project team has also developed a Study on femicides committed with firearms in the period 2017-2020, looking at the gender-disaggregated data that will need to be captured by the new Police IMS. The Study also serves the Ministry of Interior to strengthen its understanding regarding firearm-related domestic violence and improve its response based on statistical data and evidence.

In the meantime, progress is underway on the upgrade of the weapons registration software both in Kosovo and North Macedonia. The upgraded software will improve the overall process of weapon registration and will allow better oversight of the firearms that are in the possession of individuals and legal entities.

Improved security of SALW and ammunition stockpiles in Montenegro