Supporting Awareness Raising for Legalization of Illicit Weapons in Serbia 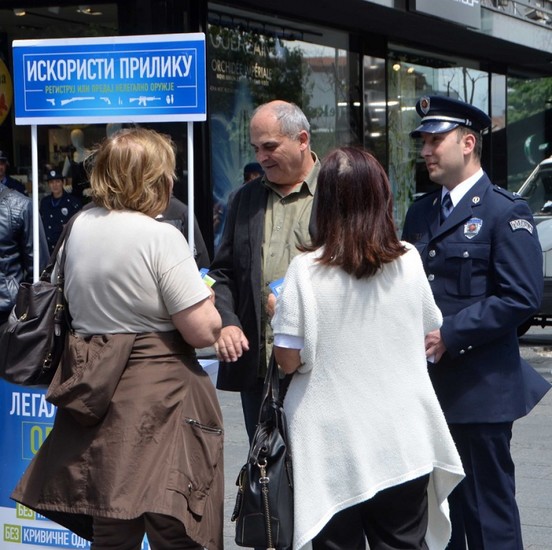 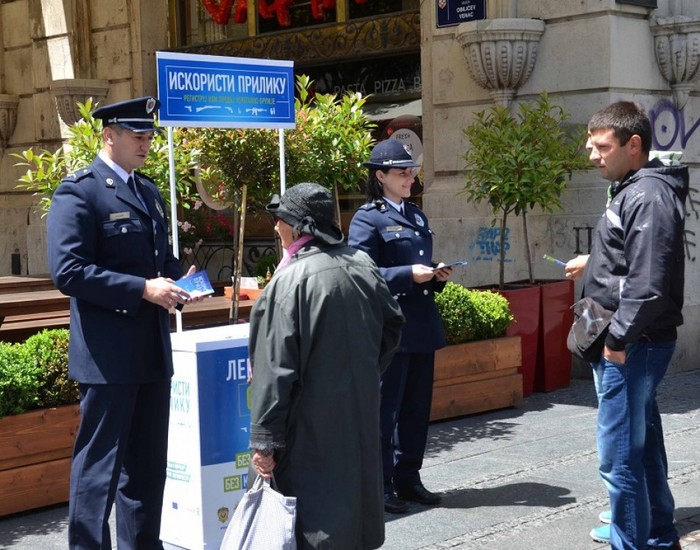 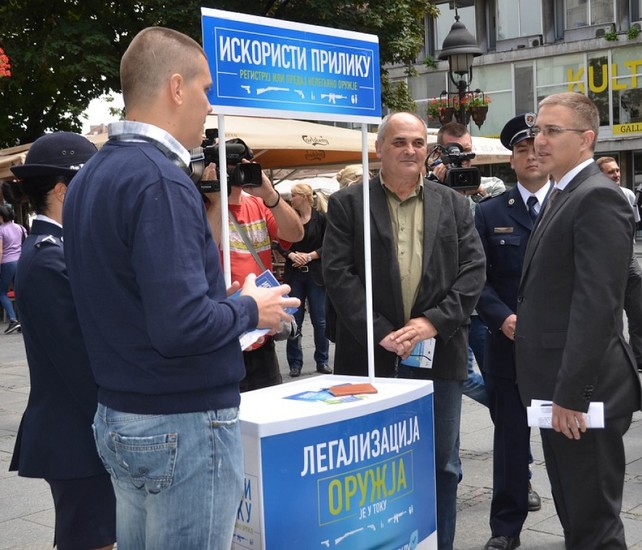 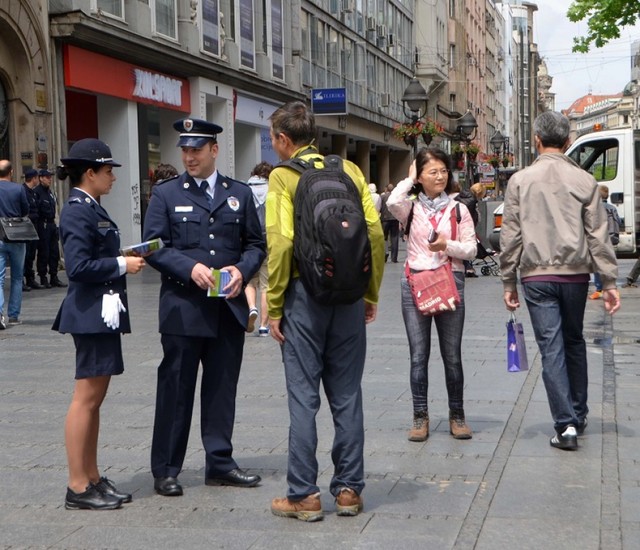 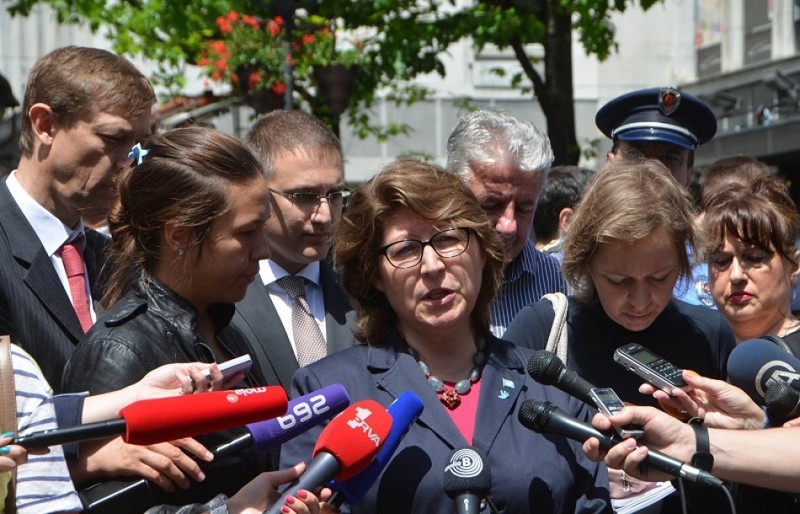 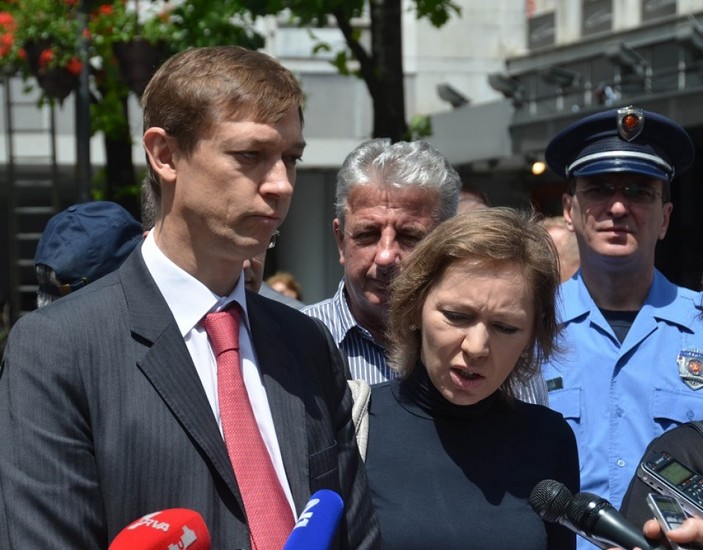 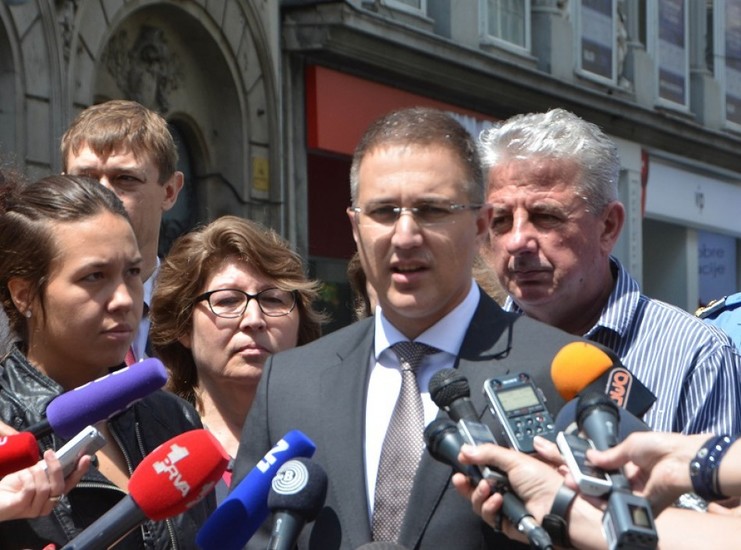 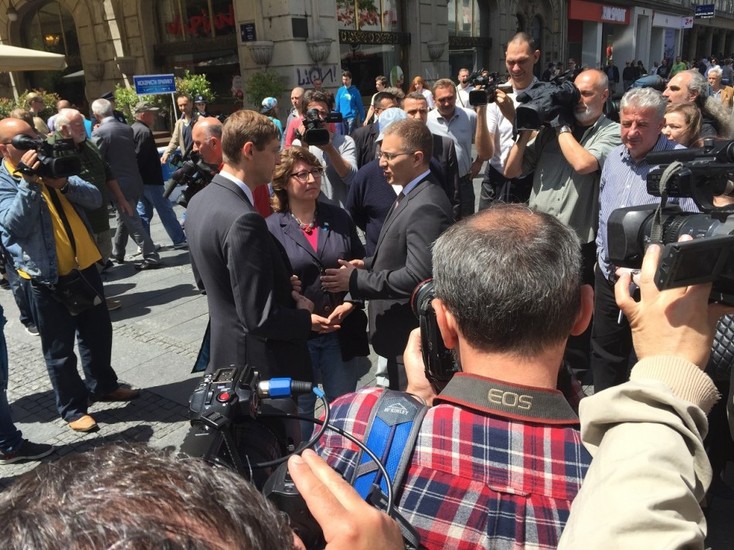 BELGRADE - The Ministry of Interior of Republic of Serbia organized the final in a series of street events on 23 May 2015 in downtown Belgrade to promote legalization of firearms. Legalization of weapons has been stipulated by the new Law on Weapons and Ammunition, adopted in February of this year and it is envisioned to last from 4 March to 4 June 2015. During this period citizens have the opportunity to handover or register their illegally held weapons without suffering legal consequences. European Union and UNDP SEESAC are supporting the Ministry of Interior in implementing awareness and advocacy efforts surrounding the current legalization, including its promotion in over 30 towns and cities, as part of the EUSAC project.

“Citizens so far handed over 114 automatic rifles, 14 automatic guns, 4 hand rocket launchers, 518 bombs and explosive devices, 78 534 pieces of ammunition. Total of 3587 pieces of weapons have been surrendered”, Interior Minister Nenad Stefanovic told the media during the promotion of legalization in Belgrade’s main pedestrian area. He warned that fines for illegal weapons are strict and called upon the citizens to use this opportunity to legalize or hand over their illicit weapons without suffering penalties.

“We are supporting the development of a peaceful society in Serbia and legalization of weapons is part of that goal,” UNDP Serbia Resident Representative Irena Vojackova – Sollorano told the media during the street event. “If weapons are not surrendered, we cannot speak about the peaceful society and peace in the future”, she said and called upon the citizens to handover their illegal weapons.

Deputy Head of the European Union Delegation in Serbia Oscar Benedict stressed that numerous crimes that recently happened in Serbia show that it is not safe to keep weapons at home, adding that he hopes citizens will respond to the appeal by the Interior Minister to return or legalize weapons.

The three officials visited two info booths where the public could get information about how to legalize or surrender their illegal fire arms.

Legalization of weapons began on 4 March and will last until 4 June this year. European Union (EU), through SEESAC, supported the Ministry of Interior in organizing a country-wide campaign aimed at informing the citizens about the ongoing legalization, and calling on them to register or surrender any weapons that they might be holding illegally. The EU is supporting the implementation of the legalization campaign with the funds secured through the EU Council Decision 2013/730/CFSP in support of SEESAC disarmament and arms control activities in South East Europe.

SEESAC has supported the implementation of numerous awareness-raising and collection campaigns throughout the Western Balkans since 2002. Most recently, SEESAC supported a year-long campaign in Bosnia and Herzegovina “Be on the Right Side - Choose Life Without Weapons” that came to a close in December 2014 and which resulted in a collection of over 11,000 pieces of SALW. From 2010-2012, SEESAC supported the implementation of the “Less Weapons, Less Tragedies” campaign in Croatia, as a result of which 1,753 pieces of firearms, 16,368 fragmentation weapons, 818,153 pieces of ammunition, and 620kg of explosives were collected. In Montenegro, the new Law on Weapons was passed on 27 February of this year, envisaging an immediate, two-year long legalization campaign. Through SEESAC, EU will be supporting the campaign from early June until the end of December 2015.