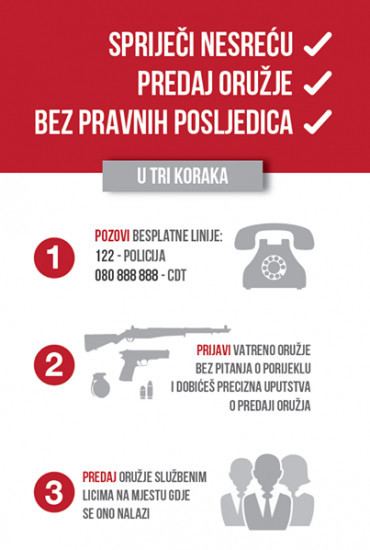 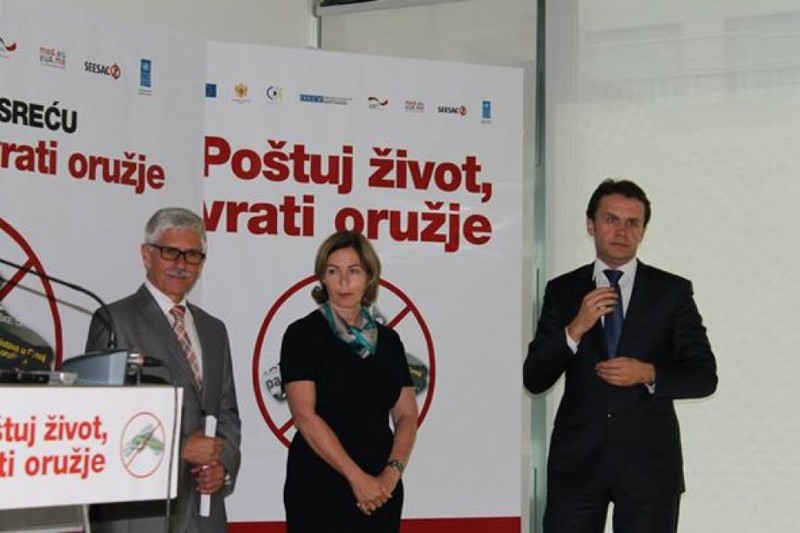 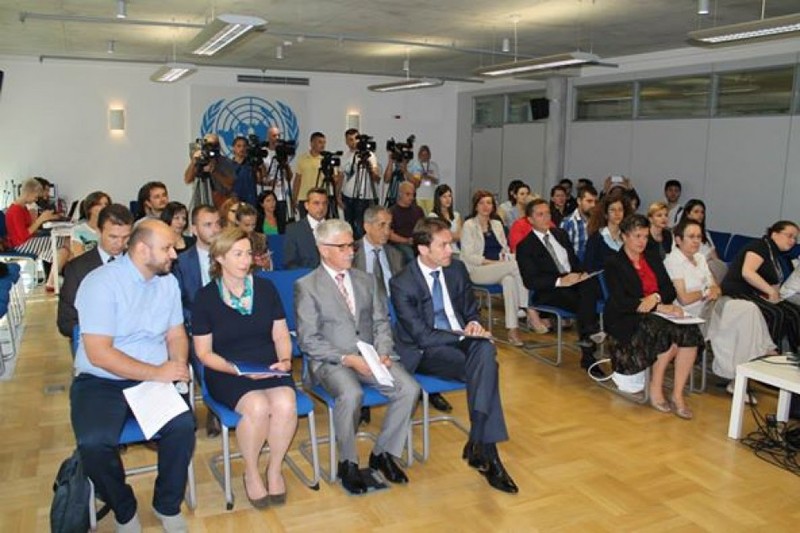 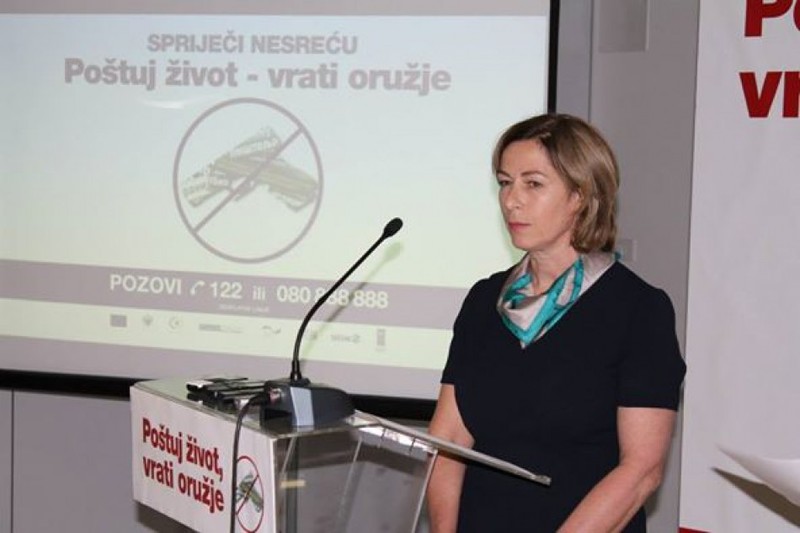 PODGORICA – The Ministry of the Interior of Montenegro, together with SEESAC, UNDP Montenegro, the Organization for Security and Cooperation in Europe (OSCE) in Montenegro, and the Center for Democratic Transition (CDT), launched an awareness raising campaign “Respect Life, Surrender Weapons” (Poštuj život, vrati oružje) on 24 June 2015.

The campaign aims to promote the ongoing SALW legalization and surrender of illicit weapons effort, as well as to sensitize the public to the risk associated with firearms in the society.  The campaign is supported by the European Union (EU), with the funds secured through the EU Council Decision 2013/730/CFSP in support of SEESAC disarmament and arms control activities in South East Europe.

“The recently adopted Law on Weapons, which includes an amnesty provision, opened the possibility for Montenegrin citizens to surrender weapons they possess illegally or to register them, without consequences or questions about the origin.” Minister of Interior Rasko Konjevic told a news conference marking the start of the campaign.

Respect for life and human dignity is one of the truly fundamental pillars of the system of values of the European Union, explained Mitja Drobnič. Emphasizing “that itis why I am particularly pleased that this campaign bears this title”.

“We are all aware that weapons are part of the tradition and heritage, not only in Montenegro, but also in most of the countries in the region” stated Fiona McCluney highlighting that it is still “necessary that we all understand that we have to change the practices that have negative consequences for individuals, families and the entire society.”

“Weapons do not know boundaries and this is why regional cooperation is particularly necessary,” she said adding that UNDP is building on the experiences from its country offices in the region and campaigns and programs SEESAC successfully implemented in Croatia, Bosnia and Herzegovina and Serbia.

“The public not only needs to be well informed about the dangers inherent in the existence of dangerous and unsafe weapons and ammunition, but also to give its active contribution to reducing the threats posed by small arms and light weapons (SALW)”, the Head of the OSCE Mission to Montenegro said as she emphasized the importance of active contribution of the citizens to this campaign.

The German Embassy also supported the campaign by securing additional funds through the OSCE “I believe that this initiative, as an excellent example of cooperation, will increase awareness among citizens and improve responsibility when it comes to rules and regulations on weapons,” German Ambassador to Montenegro Gudrun Elisabeth Steinacker told the media.

1.    Call toll-free lines 122 or 080 888 888
2.    Inform the operators about the exact place where weapons are located. Origins of weapons will not be asked for and there will be no legal repercussions.
3.   Detailed instructions on next steps will be provided.  All firearms will be collected by professionals on the spot as it not only dangerous, but against the law to carry weapons.

This year-long campaign is calling on the citizens of Montenegro to register or surrender illegally held weapons. The Ministry of Interior and CDT will be disseminating leaflets and information in over 20 municipalities as well as well as border crossings. CDT activists are accompanying police officers during the handover of illicit weapons by citizens, as well as holding school events for children to highlight the dangers of weapons.

CDR is also organizing social media campaign as part of the legalization and SALW surrender efforts. Major television and radio channels throughout the country are airing and broadcasting public service announcements. While the legalization period will the end in March 2017, the amnesty for the surrender of illegally held weapons will last for the duration of the law.

In Montenegro, the new Law on Weapons was passed on 27 February of this year, envisaging an immediate, two-year long legalization campaign. Through SEESAC, EU will be supporting the campaign from early June until the end of December 2015.