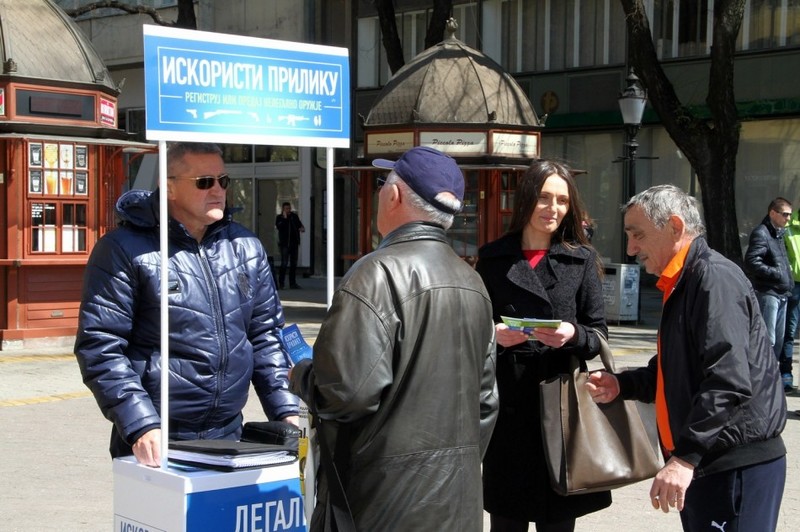 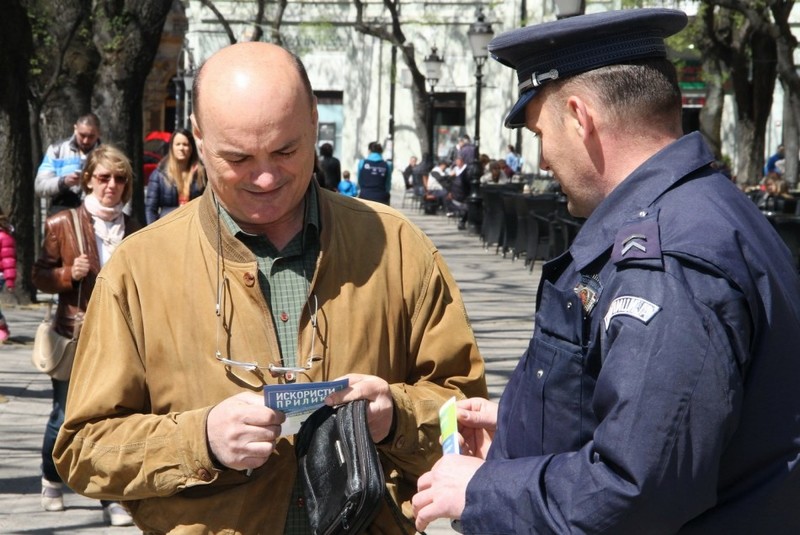 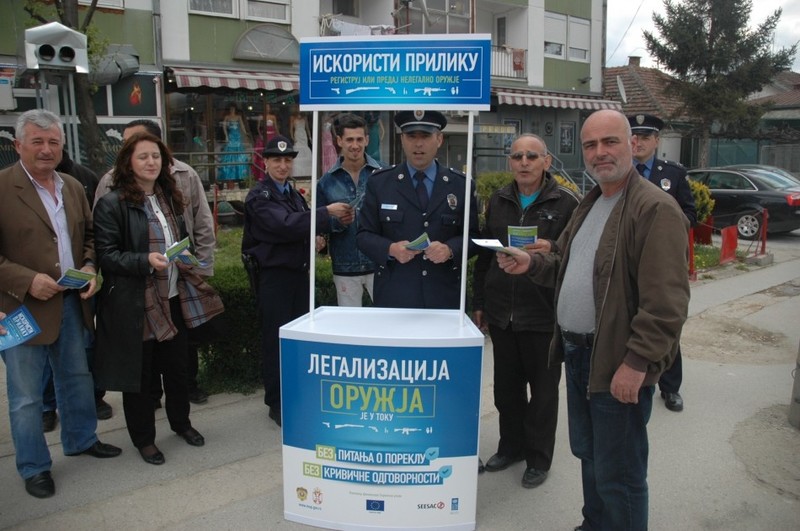 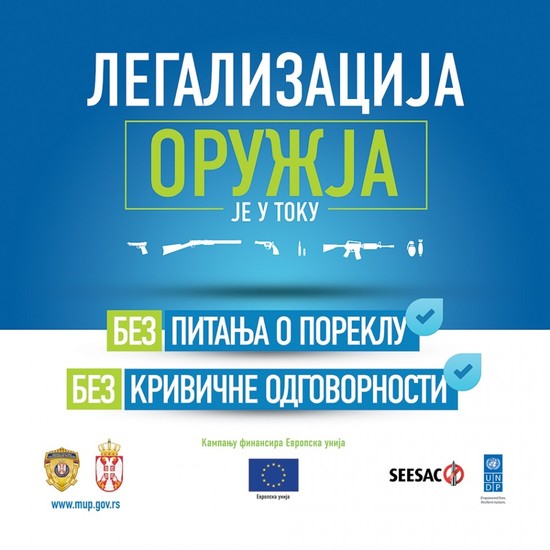 The Serbian Ministry of Interior, supported by the European Union (EU) through SEESAC, is organizing a country-wide campaign aimed at informing the citizens about the ongoing legalization, and calling on them to register or surrender any weapons that they might be holding illegally. The EU is supporting the implementation of the legalization campaign with the funds secured through the EU Council Decision 2013/730/CFSP in support of SEESAC disarmament and arms control activities in South East Europe.

Serbia passed the new Law on Weapons on February 20 which stipulates that the Minister of Interior can declare legalization at any time. Legalization means that citizens can surrender or register weapons which they have held illegally, without being asked about the origin of the weapons and without suffering legal consequences.

The three-month long legalization campaign began as soon as the law came into effect, on March 4, and will last until June 4. Novi Pazar, Vranje, Kragujevac and Subotica have been the first towns on the Ministry’s campaign trail, which should take place in some 30 Serbian towns and cities.

According to the Ministry of Interior, during the first month and a half of the legalization campaign, citizens handed over 480 weapons, 264 bombs and explosive devices and 40, 957 pieces of ammunition. The police also approved 399 out of 1,023 requests for arms registration.

SEESAC has supported the implementation of numerous awareness-raising and collection campaigns throughout the Western Balkans since 2002. Most recently, SEESAC supported a year-long campaign in Bosnia and Herzegovina “Be on the Right Side - Choose Life Without Weapons” that came to a close in December 2014. From 2010-2012, SEESAC provided funds for the implementation of the “Less Weapons, Less Tragedies” campaign in Croatia, as a result of which 1,753 pieces of firearms, 16,368 fragmentation weapons, 818,153 pieces of ammunition, and 620kg of explosives were collected.