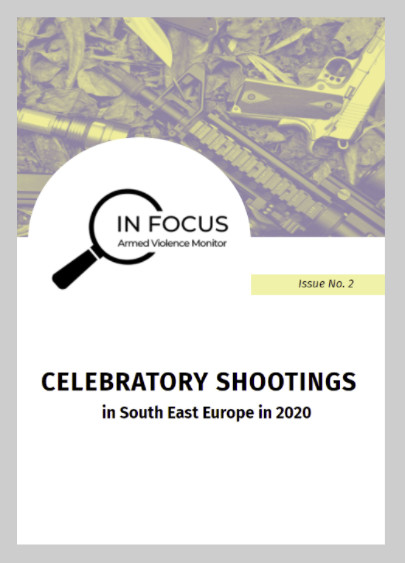 SEESAC continues publishing its In Focus - Armed Violence Monitors for South-East Europe (SEE), with the aim of providing a more thorough analysis of trends regarding specific types of firearm incidents happening in the region throughout 2020.

The second issue centres around celebratory shooting incidents in South-East Europe (SEE) from 1 January to 31 December 2020. The phenomenon of celebratory shooting i.e. discharging a firearm into the air during celebrations, festivities, sports, religious or other public gatherings to mark the occasion is still present in many cultures and regions, including SEE despite its adverse outcomes ranging from injuries and death from stray bullets to property damage.

The following are some of the most significant findings from this issue:

For additional information on celebratory shooting incidents in the SEE in 2020, please click here.