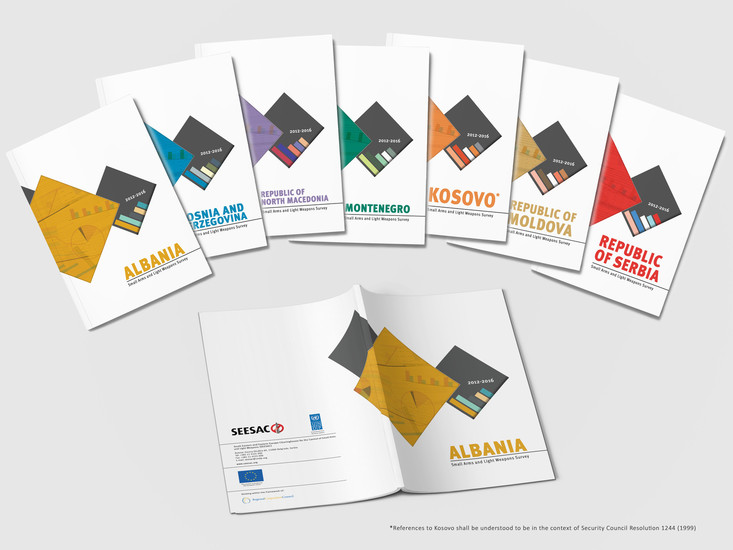 SEESAC has just released the SALW Surveys for Albania, Bosnia and Herzegovina, Kosovo*, Montenegro, Moldova and North Macedonia. The SALW Surveys represent the most thorough and systematic set of data in arms control in SEE and they have been developed for each jurisdiction in cooperation with the Small Arms and Light Weapons Commissions.

The purpose of this general survey process was threefold: to identify trends in the distribution of SALW particularly in relation to the type, quantity, possession, distribution, legal/illegal trade, production and movement of SALW; to identify trends in relation to the impact of SALW on citizens of the region; and to gauge public perception regarding firearm use, ownership, violence and community safety.

The SALW Survey reports analyze the survey data collected from 2012 to 2016 and provide a comprehensive and up-to-date understanding of the arms control challenge in the region. The reports propose recommendations for improving the safety, effectiveness and efficiency of interventions in addressing illicit trade, uncontrolled proliferation and/or misuse of SALW. They promote improved standardization and coherency of firearms data collection practices and ultimately, the development of evidence-based policies.

Furthermore, the findings and recommendations of the surveys aim to support the achievement of the main goals under the jointly agreed Roadmap for a sustainable solution to the illegal possession, misuse and trafficking of SALW and their ammunition in the Western Balkans.

The SALW Surveys are developed by SEESAC in partnership with governments in South East Europe and financed by the European Union within the framework of EU Council Decision (CFSP) 2016/2356.

The SALW Survey Reports are available in the Publications section, here.