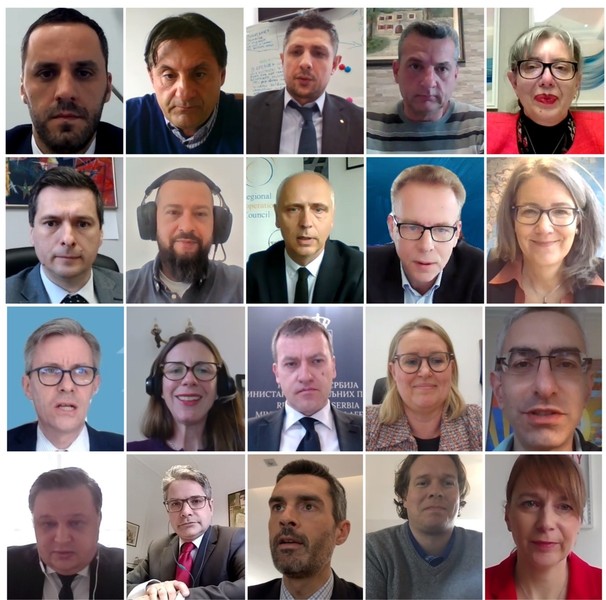 The Regional Steering Group (RSG) on Small Arms and Light Weapons (SALW) meeting, co-chaired by the UNDP and the Regional Cooperation Council, gathered representatives of governments in the South East Europe, the European Union and key donors on 18 March 2021 to review the annual progress and priorities in the implementation of the Regional Implementation Plan on Combating Proliferation of Small Arms and Light Weapons (SALW).


“I would like to emphasize the importance of the RSG annual meetings in taking stock of the progress in fulfilling the objectives of the Regional Implementation Plan”, said Ms. Francine Pickup, UNDP Resident Representative in Serbia, and noted that the meeting also contributes to the implementation of the Western Balkans SALW Control Roadmap. Mr. Igor Kuželka, Head of the Directorate for the Common Security and Defence Policy, Ministry of Foreign Affairs, Republic of Serbia stressed the importance of regional cooperation in efficient control of SALW and highlighted the role of SEESAC as “a unique focal point for regional exchange of information, in addition to providing expert support.“ Significant progress in the implementation of the Regional Plan on Combating Proliferation of SALW and of the Western Balkans SALW Control Roadmap was observed in the region despite the challenges posed by the COVID-19 pandemic. To this purpose, Amb. Marjolijn van Deelen, Special Envoy for Non-proliferation and Disarmament, European Union External Action Service, as other speakers at the opening, while recognizing such progress, thanked partners in the region for their support to activities even during the pandemic.

The RSG meeting:
•    Monitored progress in the implementation of the Regional Implementation Plan to Combat the Proliferation and Impact of Small Arms and Light Weapons;
•    Provided a forum for the exchange of information on current and future SALW control activities in the region and challenges encountered;
•    Reviewed national and regional SALW control priorities;

The meeting is organized with funding support provided by the European Union through EU Council Decision (CD) 2019/2111 adopted on 9 December 2019 in support of SEESAC disarmament and arms control activities in South-East Europe reducing the threat of illicit small arms and light weapons and their ammunition.