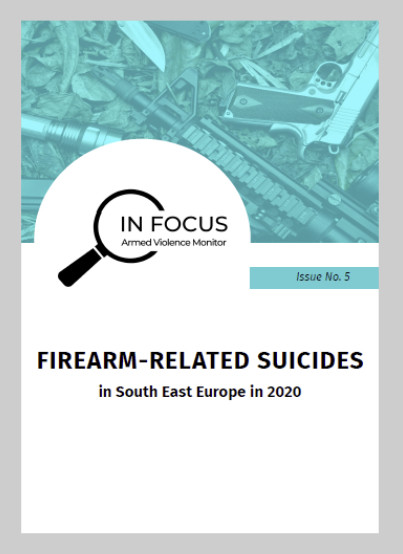 The most recent issue of SEESAC's In Focus Armed Violence Monitor brings light to firearm-related suicides in South East Europe (SEE) in 2020.

By focusing on suicide deaths involving firearms, ammunition and explosives (FAE), as one of the most lethal means for attempting suicide, SEESAC contributes to raising awareness of suicide as a major public health issue that impacts individuals, communities, cultures and genders worldwide.

Key highlights from this issue include: