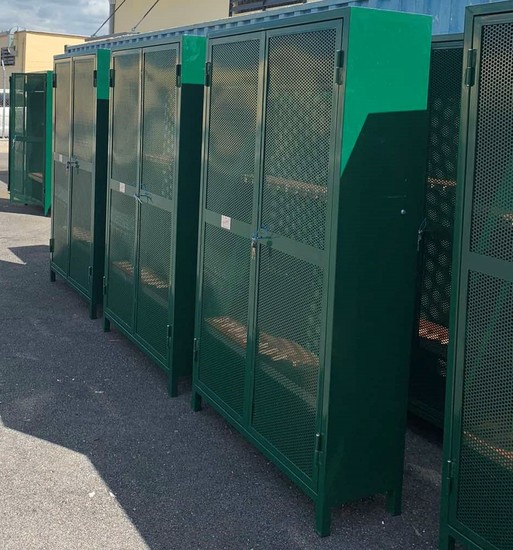 The recently published 2019 Annual Report To Walk the Earth in Safety (TWEIS) - by the Bureau of Political-Military Affairs’ Office of Weapons Removal and Abatement’s (PM/WRA) - acknowledges  the efforts of Institutions in Albania and Serbia to enhance physical security and stockpile management with the support provided by the United States (US) government’ through UNDP SEESAC, among achievements in Conventional Weapons Destruction (CWD) programs in 58 countries including Europe and Eurasia.

The Europe section  covers  - amongst the contributions to other countries - the support provided to Albania and Serbia through SEESAC. It is important partnerships like the ones between the United States and SEESAC that are building a more secure world.

In Albania, interventions are important in ensuring significant amounts of stockpiled Small Arms and Light Weapons (SALW) and ammunition under the responsibility of Albanian authorities is safe, secure, and accounted for. With funding from the United States, the enhancement of SALW control security measures by SEESAC is addressed by a comprehensive intervention that included completion of security upgrades of the Ministry of Interior facility in Mullet, and physical security upgrades of Ministry of Defence’s facilities in Mirake and Zall-Herr, allowing safer and more secure weapons storage by the Albanian State Police (ASP). In addition, SEESAC has conducted capacity building training in stockpile management to 20 ASP participants.

In Serbia, United States support is reducing the risk of proliferation through the enhancement of weapons and ammunition stockpile security. This includes reducing surplus stocks of SALW and their ammunition in storage. Also, through UNDP SEESAC, detailed planning began for enhancement of the safety and security of the Ministry of Interior’s Duvanište storage site and conduct a proficient level capacity building course in stockpile management for MoI participants is planned for 2021.