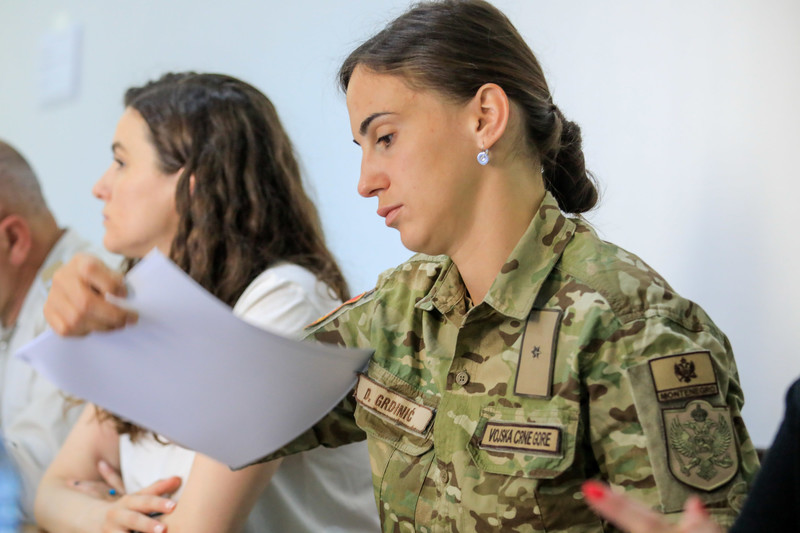 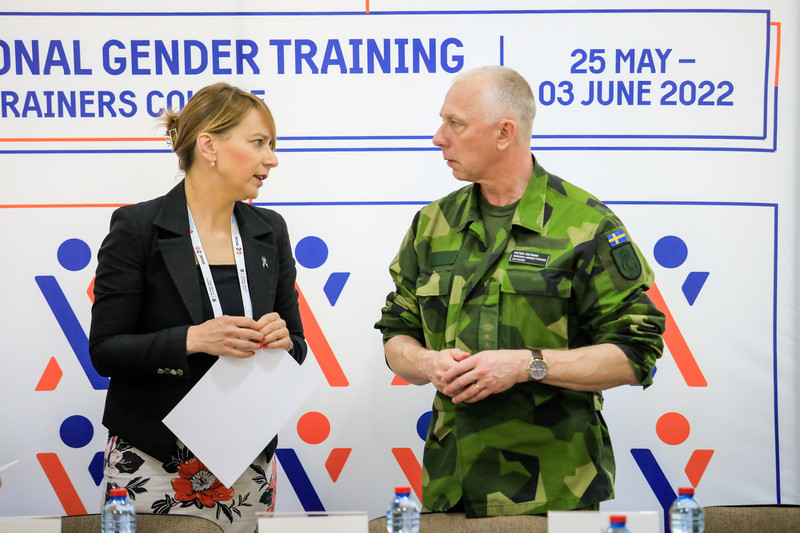 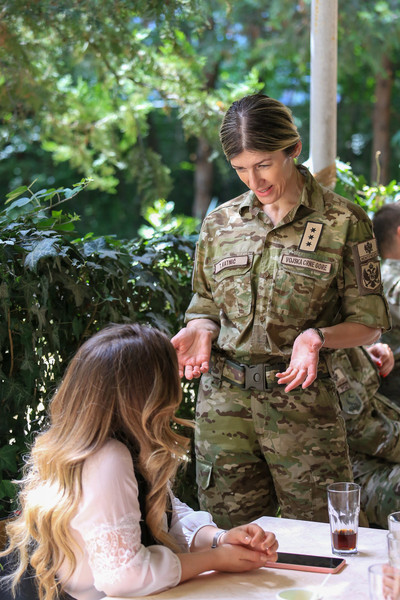 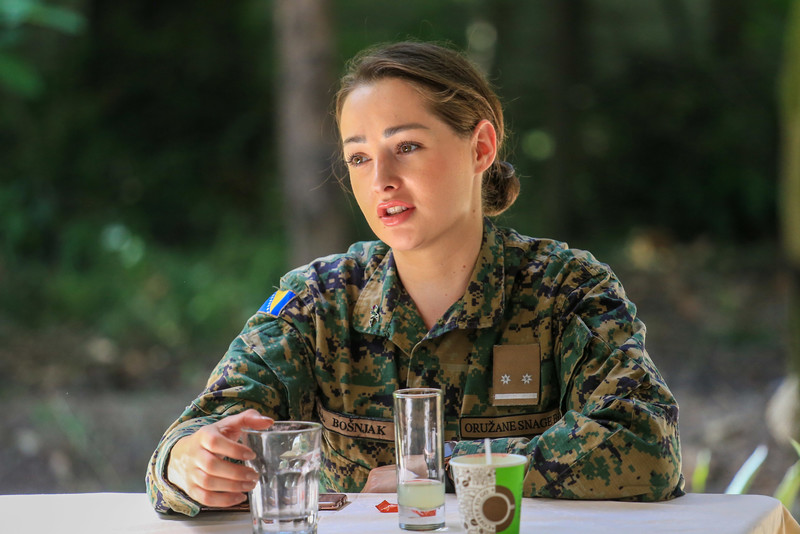 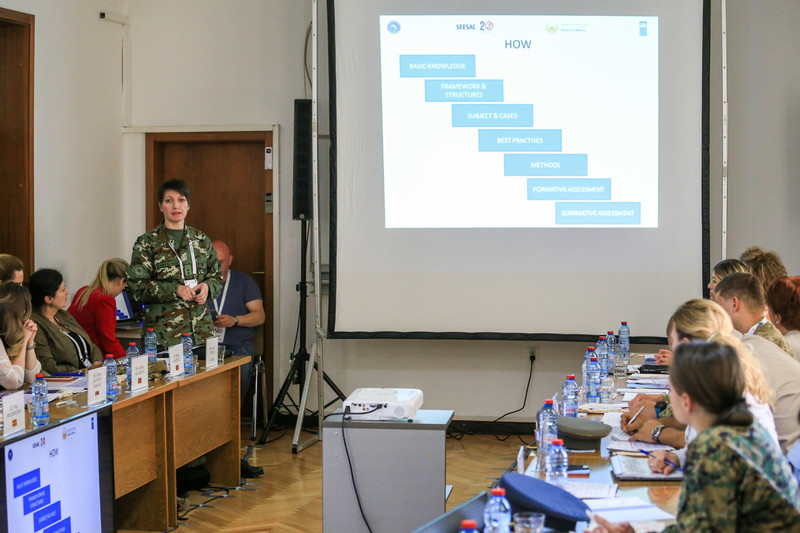 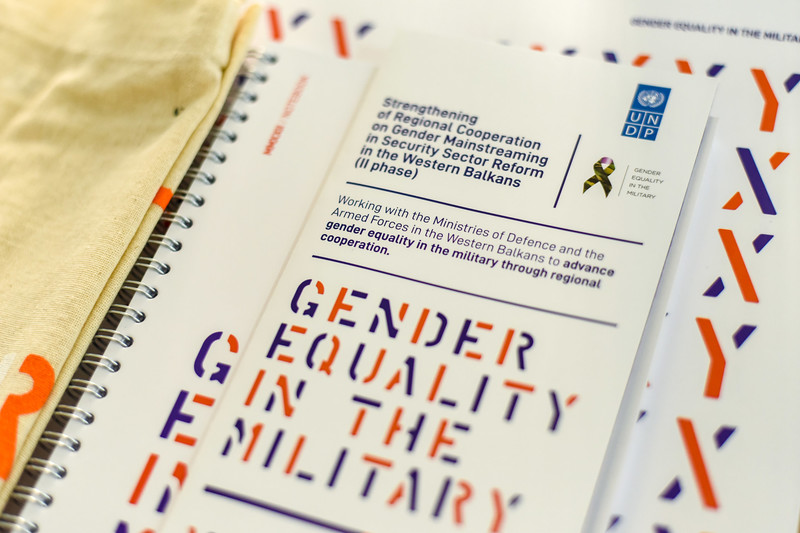 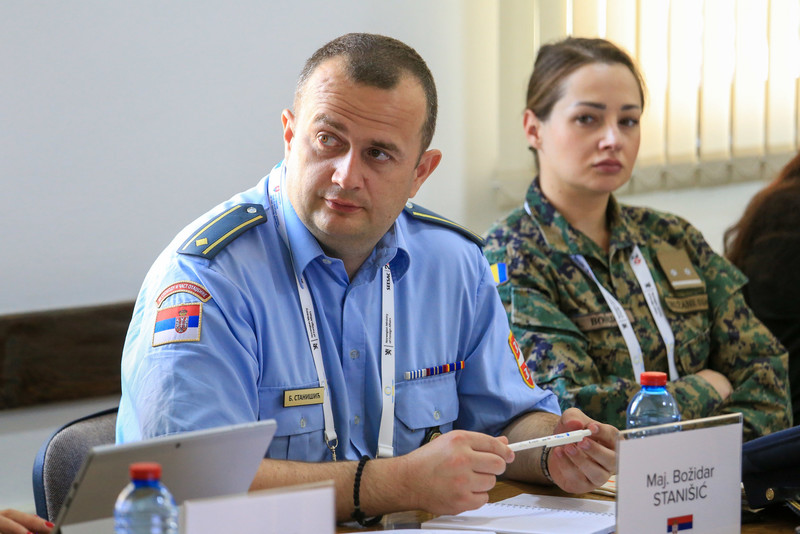 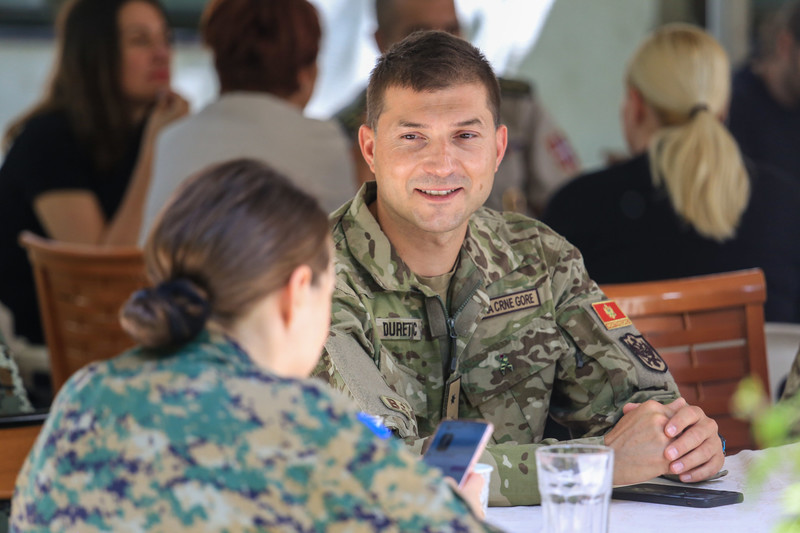 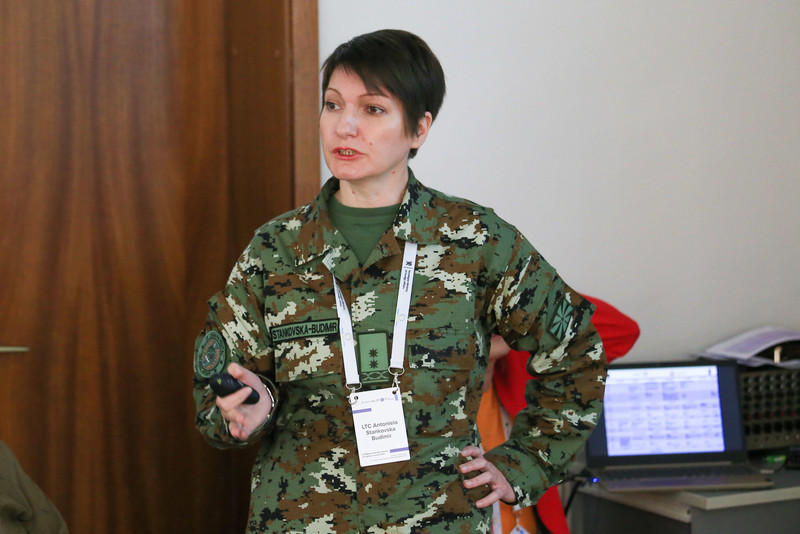 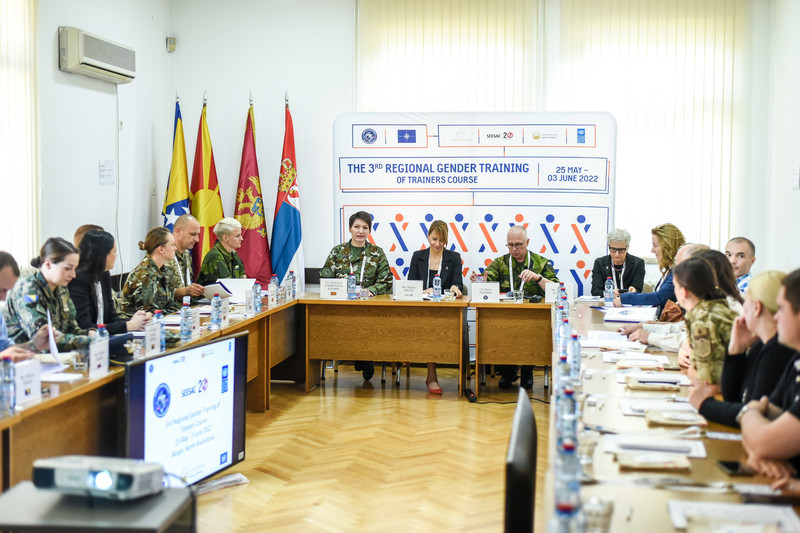 The third Regional Gender Training of Trainers Course (GToT), organized in close cooperation with the Nordic Center for Gender in Military Operations (NCGM), started on 25 May 2022 at the Ministry of Defence of North Macedonia Training Center "D-r Joseph Kruzel", Skopje, North Macedonia.

The two-week NATO-accredited course enables instructors to integrate the gender perspective efficiently and effectively into national basic training and education for troops, units, and officers in the military and mission-specific training.

The course is attended by seventeen (17) representatives of the Ministries of Defence (MoDs) and Armed Forces (AFs) AFs in Bosnia and Herzegovina, Montenegro, North Macedonia and Serbia.

Gender trainers from the MoDs and AFs, members of the Regional Network of Gender Trainers deliver the third GToT Course.

LTC Peter Östman, Commandant of the Nordic Centre for Gender in Military Operations (NCGM), thanked UNDP SEESAC for organizing the GToT and stressed the importance of the Gender Military Trainers in delivering the course and raising gender awareness in the MoDs and AFs in the Western Balkans. LTC Östman emphasized the ongoing partnership with UNDP SEESAC since the establishment of NCGM: "The establishment of the Nordic Centre for Gender in Military Operations in 2012 resulted from increased efforts by the Nordic nations in implementing UNSCR 1325 into our military operations. NCGM and UNDP SEESAC have long-lasting cooperation to look back upon, and I'm happy to be here today and add yet another chapter to this cooperation."

Ms Bojana Balon, Head of UNDP SEESAC,  highlighted that only security institutions that have increased gender awareness among their personnel and improved gender-responsive policies and practices could identify gender stereotypes and combat them, recognising and responding to the security needs of all citizens, men, and women. She thanked the MoD of North Macedonia for hosting the third GToT at the Training Center "D-r Joseph Kruzel" in Skopje and nominating LTC Antoniela Stankovska Budimir, from the MoD of North Macedonia, as the Course Director. Ms Balon also commended the MoDs in the Western Balkans for nominating gender instructors and participants in this important regional activity that will contribute to strengthening regional cooperation. She also extended gratitude to LTC Östman for the strong partnership between UNDP SEESAC and NCGM.

The course comes as a follow-up to the first Regional Gender Training of Trainers Course,  hosted by the Peace Support Operations Training Centre in Bosnia and Herzegovina in 2014 and the second Regional Gender Training of Trainers Course, held at the Peacekeeping Operations Center in Serbia in 2015. The first and the second GToT enabled the establishment of the Regional Network of Gender Trainers in the MoDs and AFs in the Western Balkans. Gender trainers are developing and delivering training, as well as implementing gender awareness-raising activities in their respective institutions and thus have been recognized as efficient mechanisms for increasing gender awareness in the military in the Western Balkans and beyond.

With the goal of strengthening the Regional Network of Gender Military Trainers, the third Regional GToT is organized in close cooperation with the MoDs in Bosnia and Herzegovina, Montenegro, the Republic of North Macedonia and the Republic of Serbia, which are taking part in the regional project.

This activity is organized within the scope of the UNDP SEESAC’s second phase of the Strengthening of Regional Cooperation on Gender Mainstreaming in Security Sector Reform in the Western Balkans project, which provides support for mainstreaming gender in the security sector reform, in line with the UN Sustainable Development Agenda 2030 and United Nations Security Council Resolution 1325 on Women, Peace and Security.