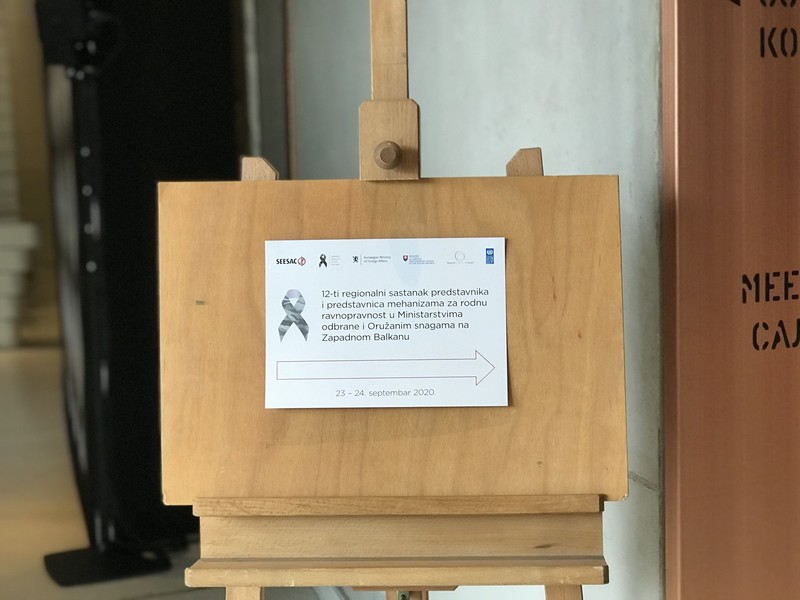 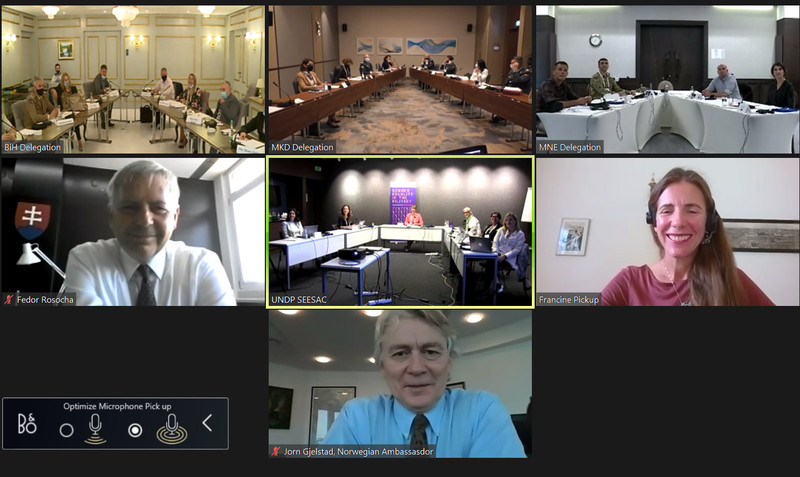 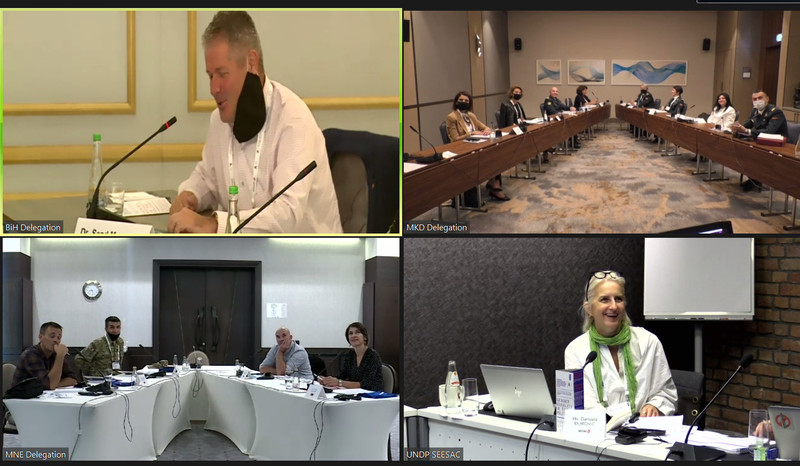 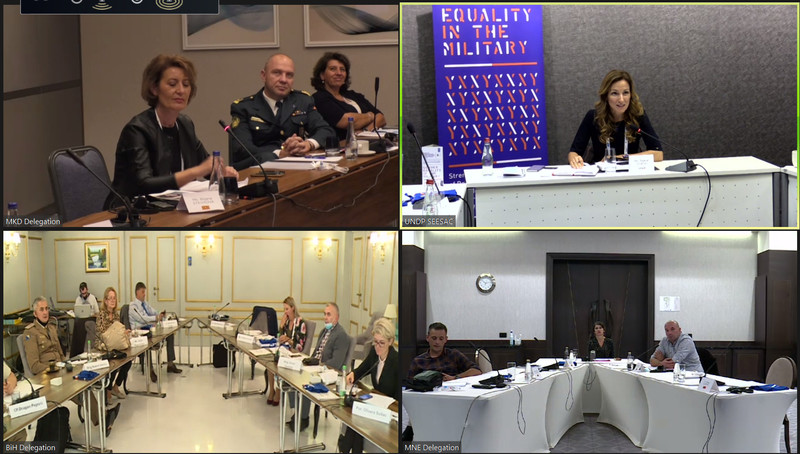 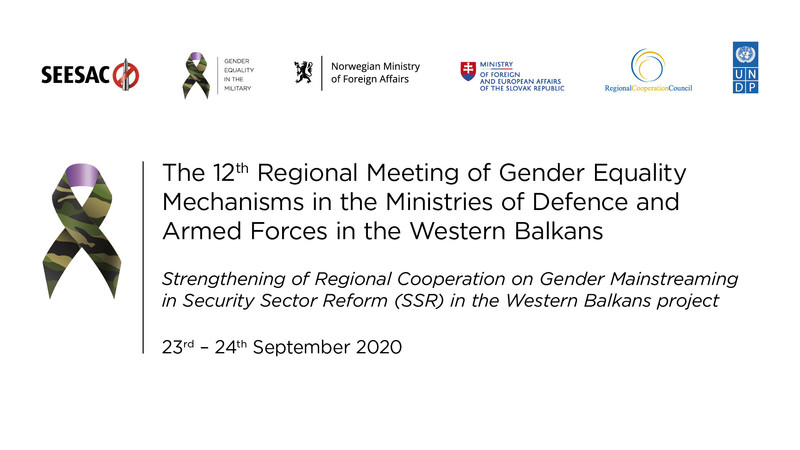 A total of 23 representatives of the Ministries of Defence (MoDs) and Armed Forces (AFs) from Bosnia and Herzegovina, Montenegro and the Republic of North Macedonia gathered virtually in the 12th Regional Meeting of Gender Equality Mechanisms in the MoDs and AFs in the Western Balkans to exchange knowledge and share information on gender related activities conducted since the last regional meeting in November 2019.

H.E. Jørn Eugene Gjelstad, Ambassador, Royal Norwegian Embassy in Belgrade, opened the meeting, emphasizing the importance of gender equality in the military as the way to promote security sector reform agenda. To that end, integrating talented women at all levels of the system is an important element of SSR. H.E. Gjelstad informed that, currently, one third of military conscripts in Norway are women.  The AFs in Norway is looking into individual capability therefore all military positions are opened to both men and women. The AFs in Norway introduced appropriate gender physical military standards, which means different physical requirements for women and men, in order to ensure equal opportunities for both. H.E. commended the MoDs in the Western Balkans for strengthening regional cooperation and their continuous efforts to achieve gender equality in the military.

H.E. Fedor Rosocha, Ambassador Extraordinary and Plenipotentiary, Embassy of the Slovak Republic in Belgrade, emphasised Slovakia’s role in actively promoting the Security Sector Reform (SSR) within the UN Group of Friends of SSR.  He said that regional approaches to the SSR implementation and policymaking are crucial and underlined that Slovakia is supporting  regional initiative in the Western Balkans since 2019. The main aim is to contextualise SSR implementation process, taking into account the needs and specificities of each participating country and their MoDs, while at the same time enabling exchange of relevant experience and lessons learnt, with specific support focused on small scale projects.

Francine Pickup, Resident Representative, UNDP CO Serbia, emphasized that for over a decade, UNDP has been working closely with the institutions in security sector in the South East Europe to integrate gender perspective in line with UNSCR 1325. She commended the continuous efforts of the MoDs in the Western Balkans to integrate gender perspective into defence policies and practices and specifically mentioned unique effort to develop the regional Manual for Prevention of Gender Based Discrimination, Sexual Harassment and Abuse in the MoDs and AFs. She emphasized that MoDs from the Western Balkans region have been recognized for their results and have often been invited to share knowledge and experience outside Western Balkans.

During the two-day meeting delegations presented the latest developments in mainstreaming gender in their respective institutional and military practice and agreed on the annual work plan for 2021. Specific attention was given to planning of the 3rd Regional Gender Training of Trainers (GToT) and further development of the component related to integration of gender perspective into the military education and training curricula.

This activity is implemented through the Strengthening of Regional Cooperation on Gender Mainstreaming in Security Sector Reform in the Western Balkans project that is financed by the governments of Norway and the Slovak Republic. With the support of UNDP SEESAC, the project provides the Ministries of Defence and Armed Forces in the Western Balkans with a platform where, over the next two years, they can exchange ideas and develop policies to ensure long-term and sustainable inclusion of the gender perspective in defence policies and practices.