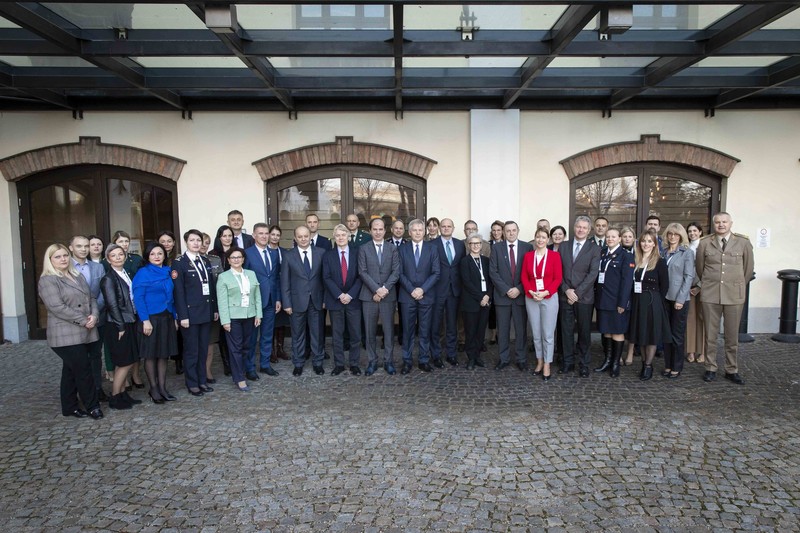 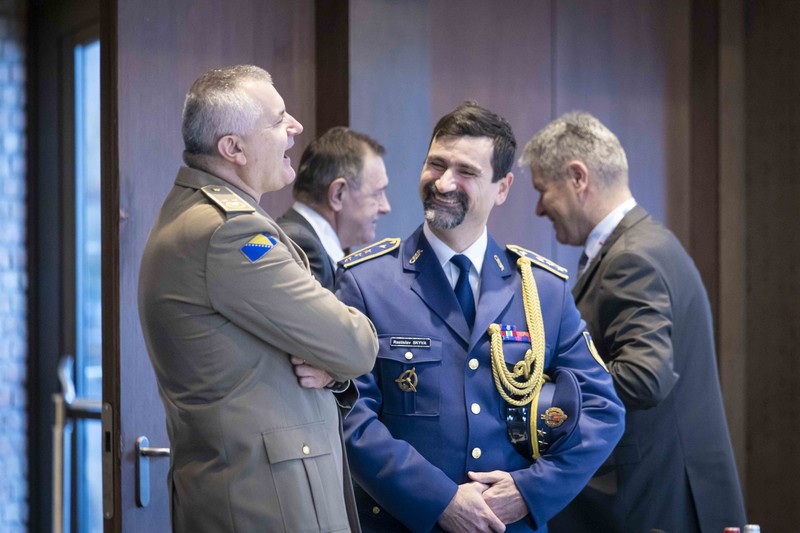 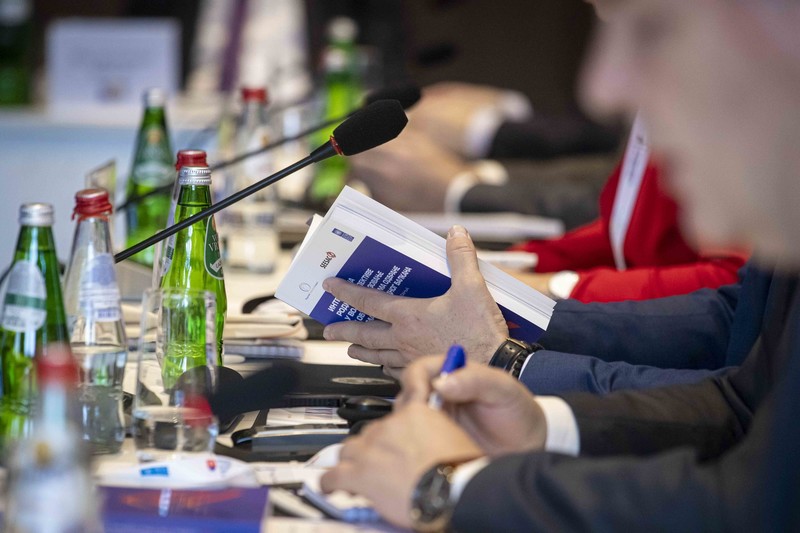 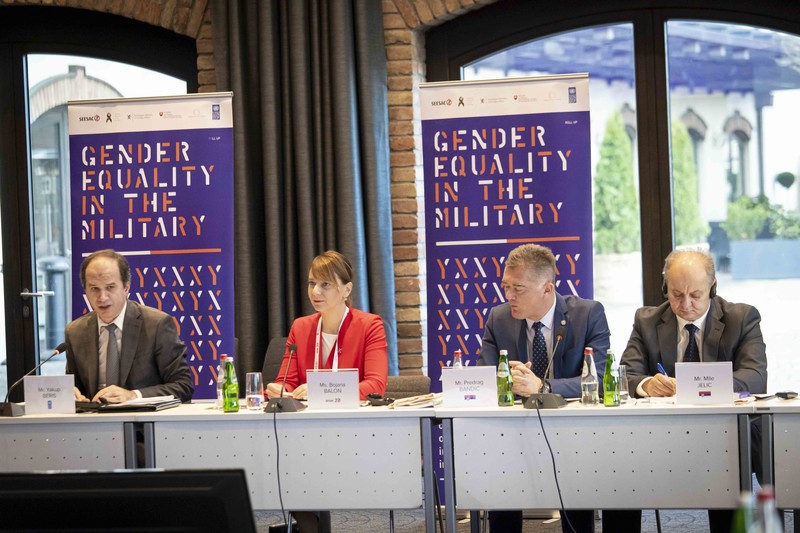 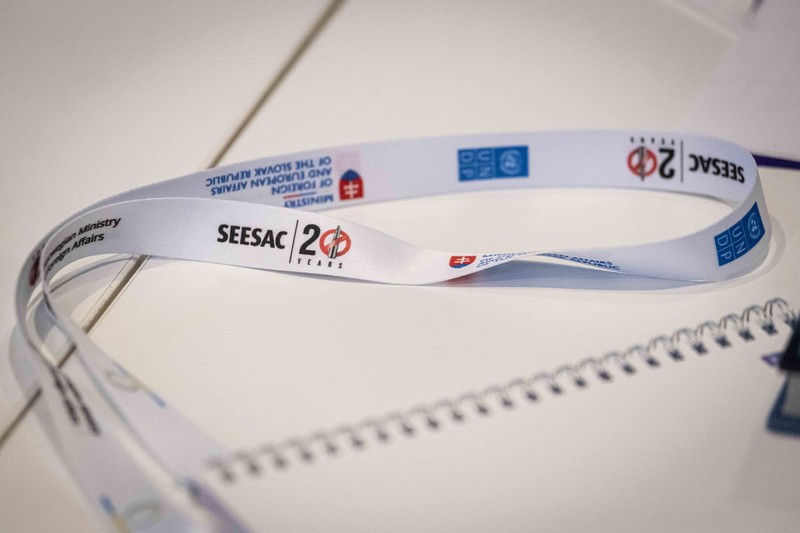 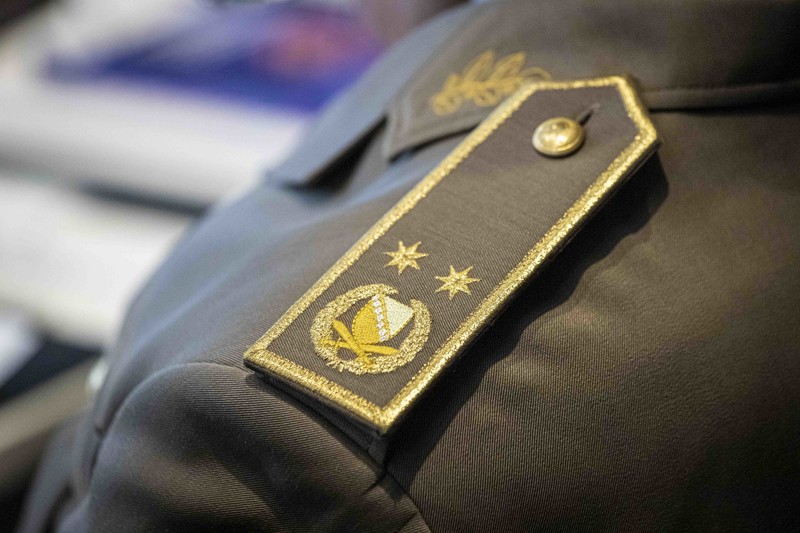 The 15th Regional Meeting of the Gender Equality Mechanisms in the Ministries of Defence and the Armed Forces in the Western Balkans (RGEM) took place on 6-7 December 2022. A total of 30 representatives from Bosnia and Herzegovina, Montenegro, the Republic of North Macedonia, and the Republic of Serbia gathered in Belgrade to launch a unique regional knowledge product – the Regional Baseline Study on Integrating a Gender Perspective in Military Education and Training.

As per usual practice, the 15th regional meeting also enabled a platform for MoDs and AFs to present their activities and plans related to gender equality integration in their defence systems, with a particular emphasis on actions based on recommendations stemming from the second regional study on the Position of Women in AFs in the Western Balkans and the Regional Handbook on Preventing and Responding to Gender-Based Discrimination, Sexual Harassment, and Abuse, launched in December 2021 at the Ministerial Conference in Budva.

The pivotal role of regional cooperation between the ministries of defence has been pointed out by Mr. Bandić who stated that the regional meetings of gender equality mechanisms, which are taking place since 2012, represent a vehicle for transformational change.  He commended all ministries of defence for developing an important regional knowledge tool - the Regional Baseline Study on Integrating a Gender Perspective in Military Education and Training and pointed to the paramount importance that the MoD of the Republic of Serbia attributes to the regional cooperation focusing on gender in the military.

Promoting peace and stability is Norway’s key strategic objective, said H.E. Gjelstad, adding that gender mainstreaming in security leads to operational effectiveness. The Ambassador singled out that making use of talented women in the defence sector is the only way forward for this sector as regards improvements in quality and readiness to respond to security challenges. He concluded that the ministries of defence and armed forces in the Western Balkans have shown commitment and made significant progress on gender mainstreaming in the military since the project started.

The discussions on gender perspective and the findings of the regional studies as well as the presentation of the related results in the implementation of relevant actions are perfect examples of how the four countries with the support of SEESAC are contributing to the implementation of UNSCR 1325 in the Western Balkans, underlined Ambassador Rosocha.

The ministries reconfirmed commitment to the vision that new generations of female and male soldiers and commanding staff should understand the gender equality principles and how to contribute to the safety and security of both men and women, added Mr. Beris, and commended the four ministries’ joint efforts to the regional cooperation focused on strengthening gender equality in defence systems in the Western Balkans.

The Regional Meetings of Gender Equality Mechanisms in the Ministries of Defence and the Armed Forces in the Western Balkans are organized through the “Strengthening of Regional Cooperation on Gender Mainstreaming in Security Sector Reform in the Western Balkans” project financed by the governments of Norway and the Slovak Republic. With the support of SEESAC, the project provides the MoDs and AFs in the Western Balkans with a platform to share knowledge and develop policies contributing to ensuring long-term and sustainable inclusion of the gender perspective.