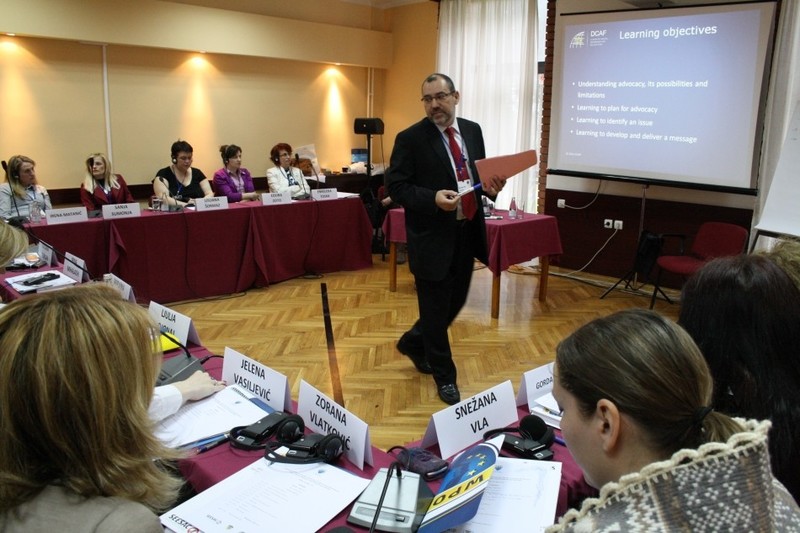 Mr. Daniel de Torres from the Geneva Centre for the Democratic Control of Armed Forces (DCAF) facilitating the workshop 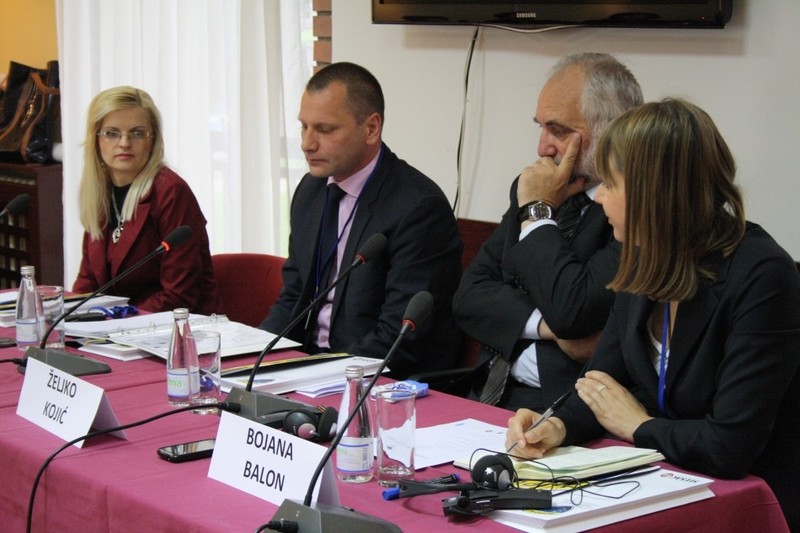 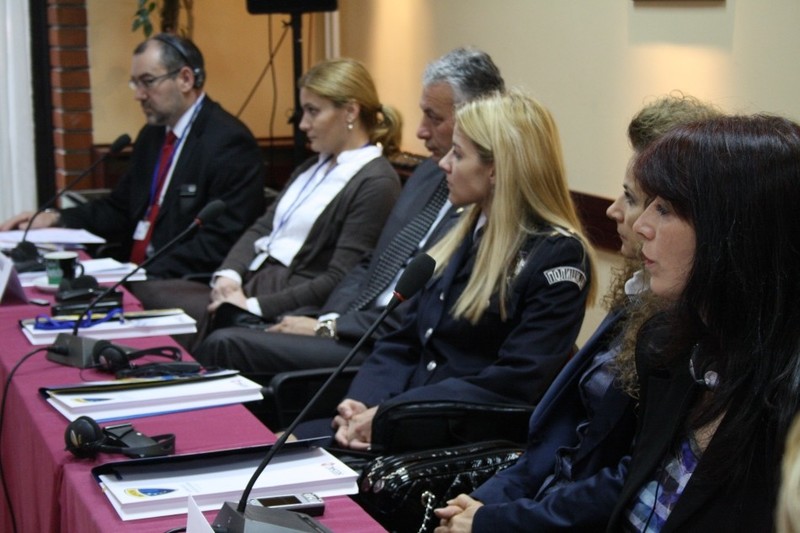 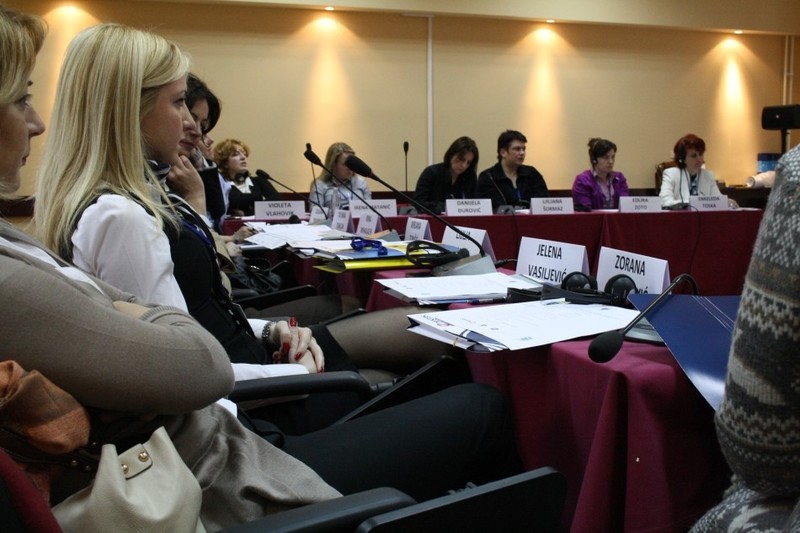 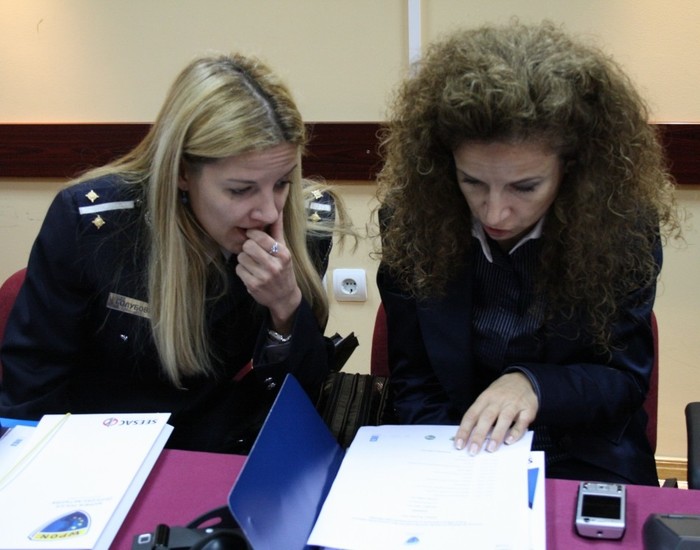 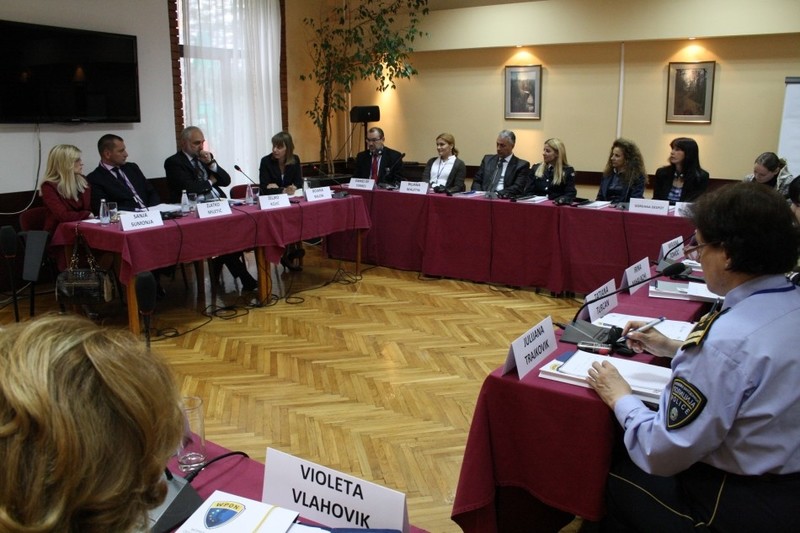 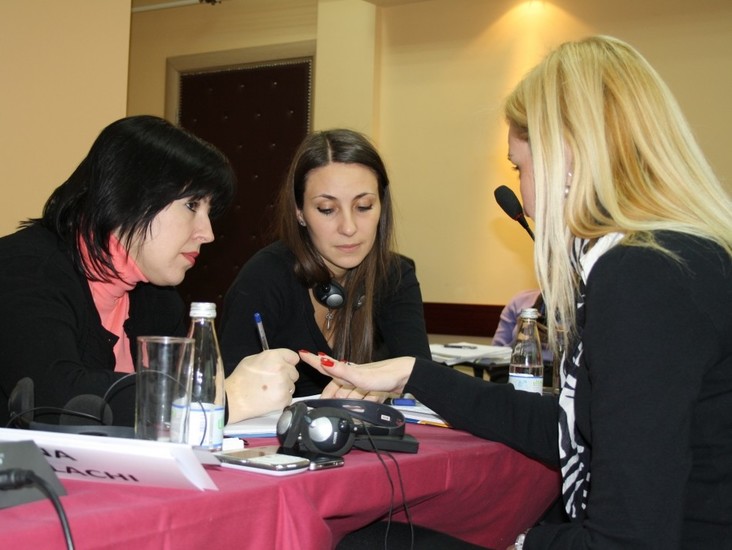 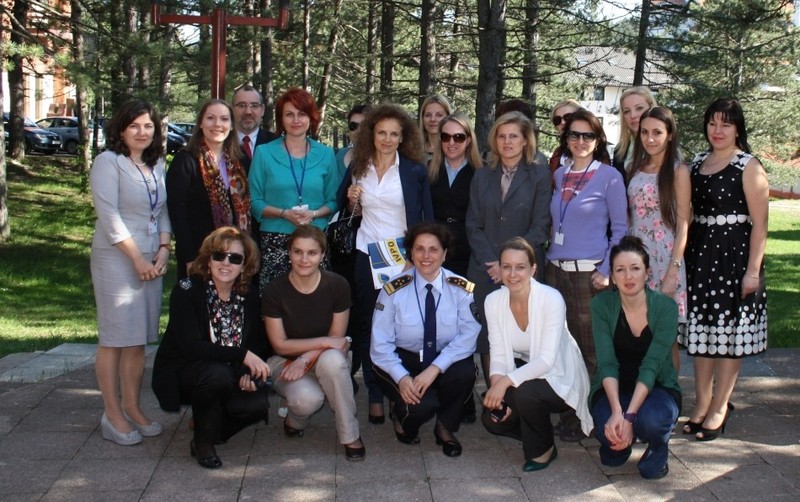 A two-day training focusing on strengthening the capacities of women police officers to more effectively advocate for inclusion of gender perspectives in the policies and work of their respective police services began in Zlatibor, Serbia on 8 May 2012. The second in a series of workshops for members of the Women Police Officers Network in South East Europe (WPON) aims to further improve their advocacy skills including how to best identify an issue, map stakeholders, form coalitions, develop and deliver a message.

The workshop is co-organized by the Ministry of Interior of the Republic of Serbia (MUP), Southeast Europe Police Chief Association (SEPCA) and UNDP/SEESAC, which serves as the WPON Secretariat, and with the expert support of the Geneva Centre for the Democratic Control of Armed Forces (DCAF).  Participants were greeted by Mr. Zeljko Kojic, Assistant Minister of Interior of the Republic of Serbia, Mr. Zlatko Miletic, Executive Director of SEPCA, Ms. Sanja Sumonja, Chair of WPON, and Ms. Bojana Balon, WPON Project Manager.

Welcoming participants to the MUP facility hosting the training, Mr. Kojic stressed that over the past few years the MUP has closely followed and supported not only all activities related to adequate integration of women in the police service, but also the establishment of mechanisms that ensure gender equality and equal opportunities for all. From the moment SEPCA proposed the idea of WPON, the leadership of the Serbian Ministry of Interior fully grasped the benefits such network could bring not only Serbia but to the region as a whole, and committed itself to providing full support. Mr. Kojic further stated that a national network of women police officers in the Republic of Serbia is planned to be established in the fall of 2012. It will enjoy the support of the MUP and its work will be in coordination with WPON, Mr. Kojic concluded.

Speaking on behalf of SEPCA Directors of Police, Mr. Miletic greeted participants and commended WPON members on having their presence felt in the region. As an example, Mr. Miletic highlighted the fact that the Chair of WPON, Ms. Sanja Sumonja, was the only woman who addressed the 10th General Assembly of SEPCA, held in April this year. Ms. Sumonja used the address to inform the Directors of Police Services of the important work and progress WPON has made since its inception in 2010. This was an important opportunity for WPON to have its voice heard, and it took full advantage of it.

Ms. Sumonja welcomed both familiar and new faces among WPON members and thanked the Serbian Ministry of Interior and UNDP/SEESAC for hosting and organizing the training. Ms. Sumonja informed WPON members that the Guidelines for Gender Sensitive Policing Practice, which have been written based on the input provided by the police services themselves, have been nearly completed. They will be translated into 6 languages and published in the upcoming months, paving the way for them to become an essential tool in increasing gender equality in policing practice.

Ms. Balon pointed out that when WPON was initiated by SEPCA in 2008, no one could have imagined that it would have become such an important mechanism for information exchange and advocacy for gender equality, enjoying full support of the Directors of police in SEE. The success of WPON could not have been possible without the active support of the members of the network, the police Directors – particularly SEPCA, and also the Ministries of Interior, said Ms. Balon.

One of the key benefits of WPON is that it includes members from 8 countries in the region, providing them with the opportunity to exchange experience and lessons learned, as well as to have a sense of community as they work towards a common goal of gender equality in their respective police services. The second workshop was attended by WPON members from Albania, Republika Srpska – BiH, Republic of Croatia, the former Yugoslav Republic of Macedonia, Republic of Moldova, Montenegro, and Republic of Serbia.

The first training attended by WPON members was held in May 2011 in the Republic of Croatia and it dealt with issues such as gender and security, gender mainstreaming, the legal framework for gender equality (including UNSC 1325 and National Action Plans for the implementation), recruitment and retention of women police offices, cooperation with civil society and advocacy for gender equality in policing.