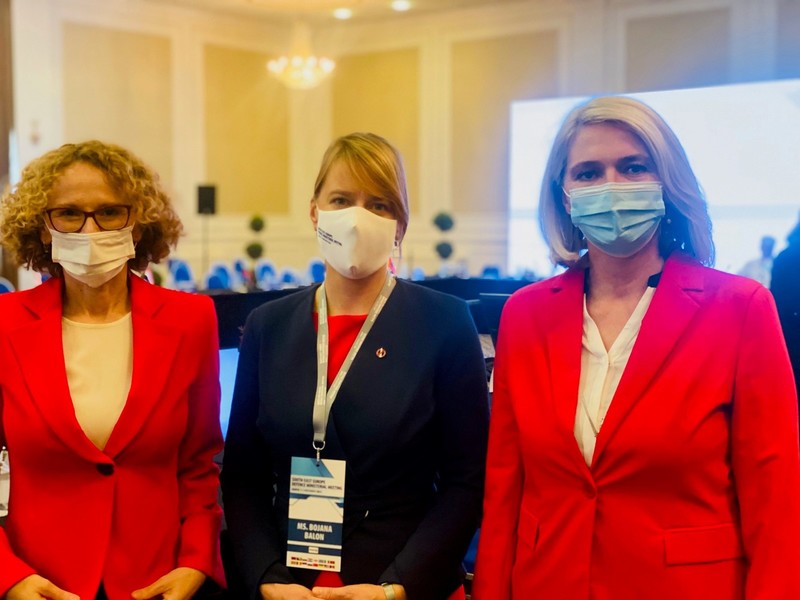 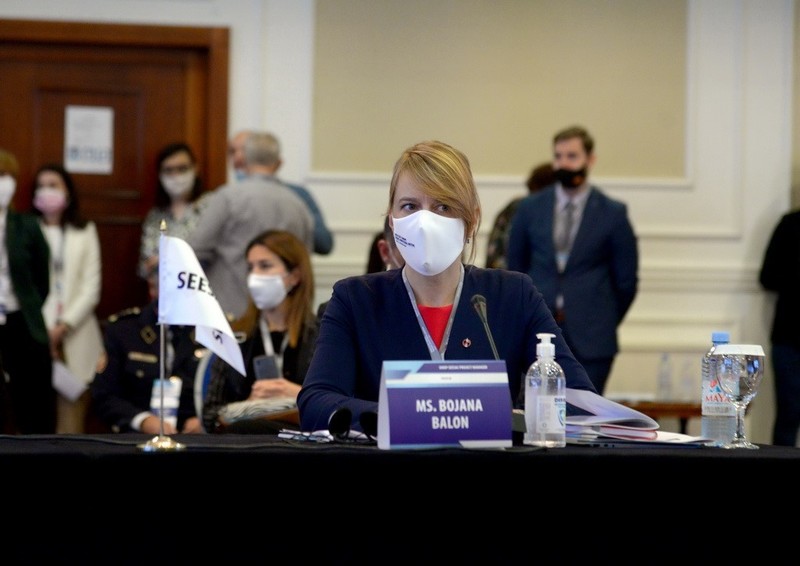 Heads of Delegations group photo at the SEDM Ministerial Meeting.

The SEDM Ministerial Meeting was organized with the aim to gather the Ministers and the representatives from the Member Nations and international/regional organizations  (EU, RACVIAC, UNDP SEESAC) to exchange information related to common security challenges in the region and new security environment caused by covid pandemic, as well as to encourage EU integration of all members countries as the strategic investment for regional stability. Rising presence of SEDM provides political-military collaboration in South Eastern Europe (SEE) to be more visible and to further strengthen security and stability in the region and thus contribute to the world's peace and prosperity.

UNDP SEESAC provided update on the activities conducted since the last SEDM Ministerial meeting in supporting the counterparts in South-East Europe to  strengthen small arms and light weapons control and the implementation of the Regional Roadmap on combatting illicit trafficking, possession and misuse of SALW and their ammunition.  In addition, an update on  advancing gender equality in the military, through the project Strengthening of Regional Cooperation in Mainstreaming Gender in Security Sector Reform in the Western Balkans was also provided. These activities are funded by the European Union, Germany, United States of America, Norway and Slovakia.

UNDP SEESAC informed respected Ministers about the organization of upcoming regional  Ministerial Roundtable - a Way Forward on Gender Equality in the Defence Sector in the Western Balkans, on 7th December 2021, in Budva, Montenegro. Ministers of Defence of Bosnia and Herzegovina, Montenegro, North Macedonia and Serbia will gather with the aim to take stock of progress and agree on a way forward on integrating gender perspective Security Sector Reform. During the Ministerial Roundtable two regional knowledge tools will be presented: the Regional Handbook on Combating Gender-Based Discrimination, Sexual Harassment and Abuse and, the second regional study The Position of Women in the Armed Forces in the Western Balkans.

SEDM CC/PMSC Chair, Mr. Plamen Yordanov, Deputy Minister of Defence of Bulgaria, emphasized the significance of the UNDP SEESAC’s assistance in the region, in contributing security, stability and cooperation in SEE countries.