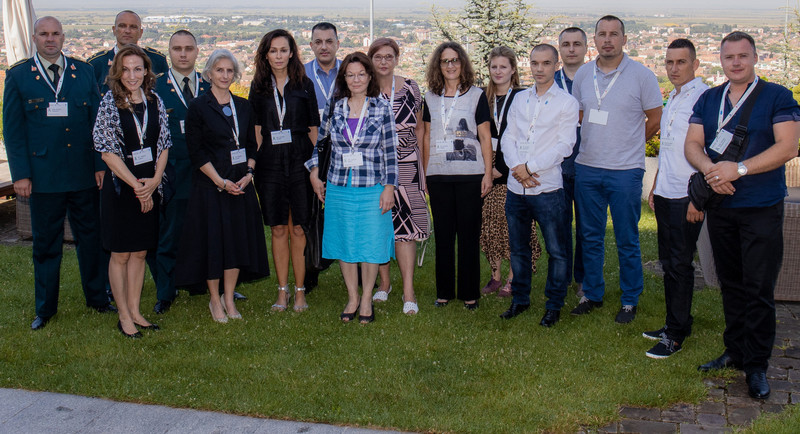 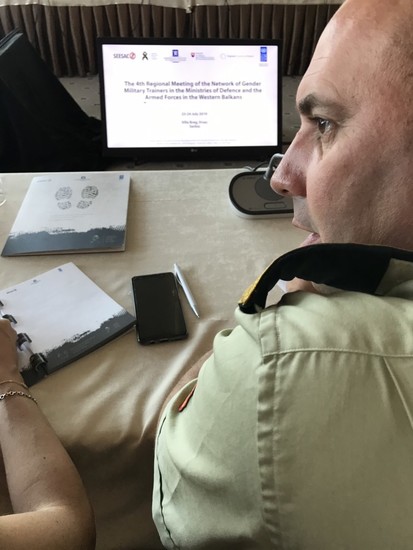 Thirteen Gender Military Trainers from the Ministries of Defence and Armed Forces of the Western Balkans met in Vršac.

The MoDs in the Western Balkans are on a long-term mission to make the security sector fit for gender equality. As a result of the partnership between SEESAC and the AFs in the Western Balkans, the Regional Network of Gender Military Trainers was established in 2014. The role of the trainers is to train their peers on gender equality, as well as on practical measures for creating a work environment in which both men and women can contribute equally and enjoy the same rights and opportunities.

On 23 and 24 July 2019, members of the Network met for the fourth time since its establishment. The meeting participants discussed challenges in delivering training to different target audiences and shared good practices. Meeting enabled development of training materials including evaluation forms.  It also included discussion on gender perspective in the small arms and light weapons control, as well as the impact on gun violence on women and men. The meeting in Vršac was attended by civilians and military personnel from the MoDs and AFs of BiH, Montenegro and Serbia.

The Strengthening of Regional Cooperation on Gender Mainstreaming in Security Sector Reform in the Western Balkans project is financed by the Governments of Norway and Slovak Republic. With the support of UNDP SEESAC, the project provides the Ministries of Defence and the Armed Forces in the Western Balkans with a platform where, over the next three years, they can exchange ideas and develop policies to ensure long-term and sustainable inclusion of the gender perspective in defense policies and practices.