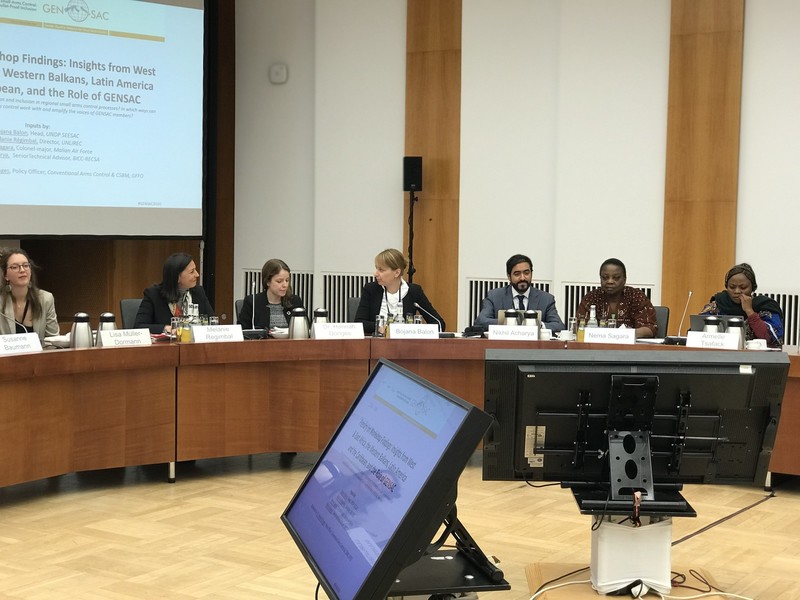 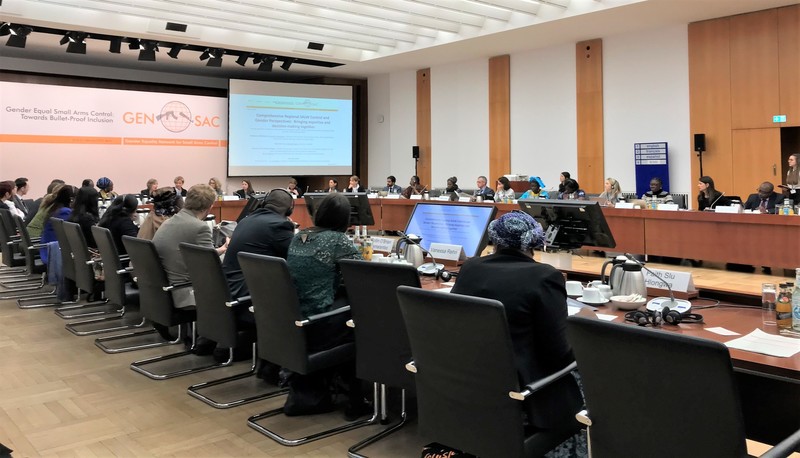 UNDP SEESAC contributed to launching the global Gender Equality Network for Small Arms Control (GENSAC) at the international experts’ conference “Gender Equal Small Arms Control – Towards Bullet Proof Inclusion”, organized by the German Federal Foreign Office in Berlin in February 2020. GENSAC is part of the German Government’s efforts to promote greater and more active inclusion of women in policy decision‑making, as well as more gender-responsive measures that protect women and men from the negative effects of the misuse of firearms.

UNDP SEESAC presented the progress towards a gender responsive small arms control policy in the South East Europe, emphasizing it is a result of the long-term approach and cooperation with national small arms and light weapons (SALW) Commissions, comprehensive research on gender and small arms that serves as a baseline for all interventions, and most recently the regional Roadmap for a sustainable solution to arms control in the Western Balkans by 2024. Also, SEESAC shared the lessons learnt on integrating  gender perspective into the security sector reform process in cooperation with the Ministries of Defence in the Western Balkans, and the importance of regional cooperation in raising gender awareness.

Women police officers from Policewomen's Network Association and the Network of Women in the Ministry of Interior of the Republic of Srpska, took part in the conference, with the support of SEESAC. They shared the experience and contribution of women’s networks to advancing gender equality in the security sector in Bosnia and Herzegovina. The integration of the gender perspective into police services was illustrated with practical examples that make a notable contribution to the Women, Peace and Security agenda.