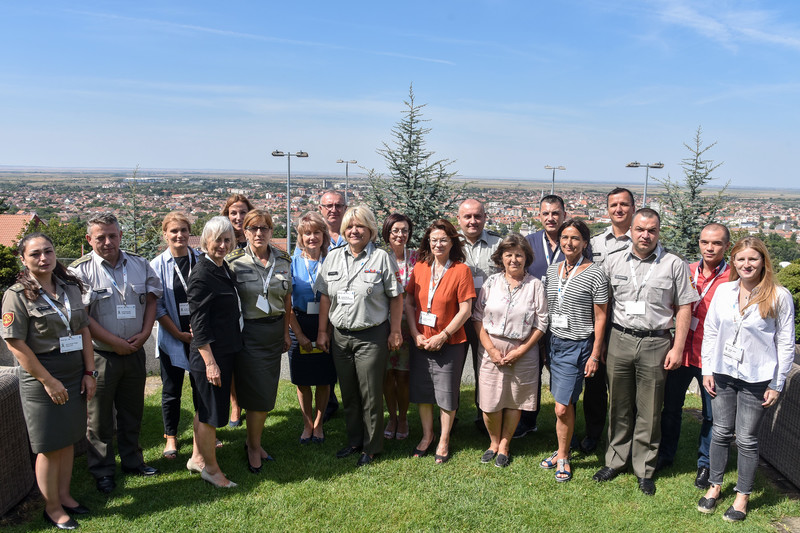 Sixteen representatives of the Ministry of Defense and Serbian Armed Forces in charge of monitoring the implementation of the National Action Plan (NAP) for United Nations Security Council Resolution 1325 (UNSCR 1325) participated in the workshop, organized by UNDP SEESAC from 29 to 30 August in Vršac, Serbia.

The objective of the Workshop, which was organized at the request of the MoD, was to strengthen the capacities of the Analytical Group (AG) to monitor the implementation of the NAP, as well as to increase the team’s cohesion, compatibility and effectiveness.

Col. Štrbac, Director of the Directorate of European Integration and Project Management and Gender Adviser to the Minister of Defence, thanked UNDP SEESAC for supporting the AG to raise gender awareness of its members, as well as to increase their practical knowledge about data collection and gender analysis for evidence-based reporting on the NAP.  The MoD has published the biannual report on the implementation of the NAP for UNSCR 1325 for the period January – June 2019.  At the workshop in Vršac, the AG members developed a working plan for the next reporting period.

Furthermore, the workshop enabled information sharing, knowledge exchange and networking among the AG members, who met for the first time since its establishment.

The Strengthening of Regional Cooperation on Gender Mainstreaming in Security Sector Reform in the Western Balkans project is financed by the governments of Norway and Slovak Republic. With the support of UNDP SEESAC, the project provides the Ministries of Defense and Armed Forces in the Western Balkans with a platform where, over the next three years, they can exchange ideas and develop policies to ensure long-term and sustainable inclusion of the gender perspective in defence policies and practices.