Gender lenses on - how does it change the impact of firearms control? 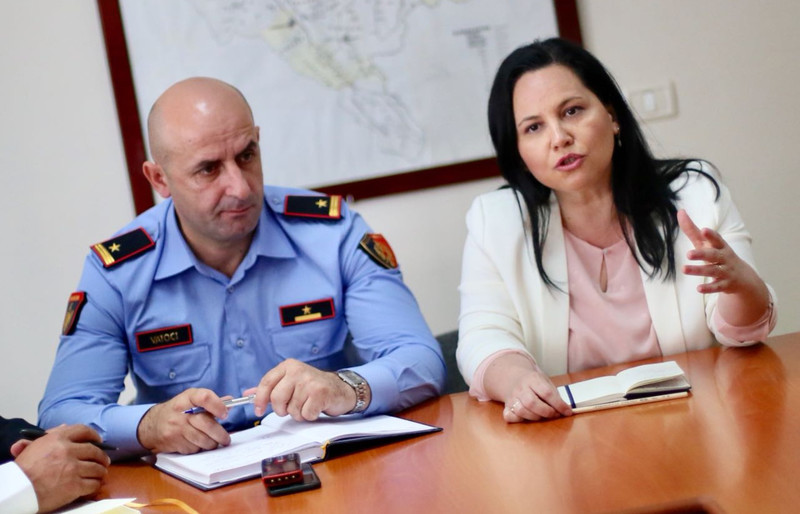 Between 18-29 June 2018, the world gathered in New York at the Third Review Conference on the Programme of Action (RevCon3) to set the agenda for how the future of disarmament will look like. SEESAC and the European Union (EU) were present to reaffirm that a future where societies are peaceful and inclusive for all cannot be possible if the gender perspective is invisible.

SEESAC and the EU organized the “Gender lenses on - how does it change the impact of firearms control?” panel at RevCon3. The panel drew upon expertise from Africa, Europe, North America and South America, from international organizations and civil society, to debate how mainstreaming gender at policy-making level can be implemented in practice. The panel aimed to showcase present good practices and ongoing efforts to bring gender to the core of SALW policy-making and innovative tools that are developed for this purpose.

Ambassador Joanne Adamson - Deputy Head of the EU Delegation to the United Nations, shared her experience in negotiating the Arms Trade Treaty (ATT) as lead UK ATT negotiator and particularly on how the concept of gender-based violence was introduced in the ATT.  The strong cooperation with civil society and the full use of available research were the key factors enabled that breakthrough development. However, the challenges in the implementation of ATT provision on gender-based violence are persistent and in order to overcome that more data, research and practical guidance are needed.

Clare Hutchinson - NATO Secretary General's Special Representative for Women, Peace and Security presented recently released NATO’s guidelines for gender mainstreaming in SALW projects. These guidelines provide guidance on how to take advantage of gender mainstreaming for improving SALW-related activities and the overall impact of security operations by integrating the gender perspective across operational activities. Mr. Hutchinson stressed that women's participation in security and arms control is part of an integrated, human security approach and that effectiveness of mainstreaming gender requires support at the highest levels.

Katherine Ronderos, Director of Women’s International League for Peace and Freedom, Colombia, reflected on the gender aspects of disarmament processes in Colombia. She highlighted the necessity to look at disarmament in a broader context, not only the lay-down of arms as part of the peace agreement, but to take into account SALW proliferation in urban areas, and the easy access to them in the black market by the civil population. This broader concept can lead to a sustainable peace and prevent the escalation of armed violence in the post-conflict scenario. The SALW proliferation negatively affects the safety of women and is linked with the increase of violence against women inside and outside the armed conflict. Ms. Ronderos concluded that weapons still symbolize power and that in order to change legislation and policies it is necessary to change that perception.

Dragan Bozanic - Gender and Research Project Officer at UNDP SEESAC, highlighted that gender-blind approach to SALW control is still dominant. It generates persistent problems such as the misuse of firearms in domestic violence and the high share of young men among perpetrators of armed violence. Insufficient knowledge and low awareness among policymakers, lack of gender statistics and under-representation of women are key trends causing the marginalization of gender. Consequently, Mr. Bozanic presented activities undertaken by SEESAC to reverse these trends such capacity building of institutions to integrate the gender perspective in SALW control, increasing visibility and knowledge on linkages between gender and SALW through research and increasing participation of women in SALW control policymaking.

The panel concluded that while armed violence looks different in different corners of the world, the common denominator that hinders safety and security for all citizens is gender-blind SALW control policy-making. Innovation, sex-disaggregated data, focus on the roots of armed violence and constantly shading light over women’s role in our society will eventually break the brass ceiling women still face in arms control.

RevCon3 was finalized with on outcome document clearly stating that the negative impact of the illicit trade in SALW on the lives of men, women, boys and girls is a key part of combating gender-based violence.

RevCon3 was held in New York, 18-29 June 2018. The event brought together member states, international organization, non-governmental organizations and experts around the globe to review the progress made in the implementation of the Programme of Action to prevent, combat and eradicate the illicit trade in small arms and light weapons in all its aspects and its International Tracing Instrument.