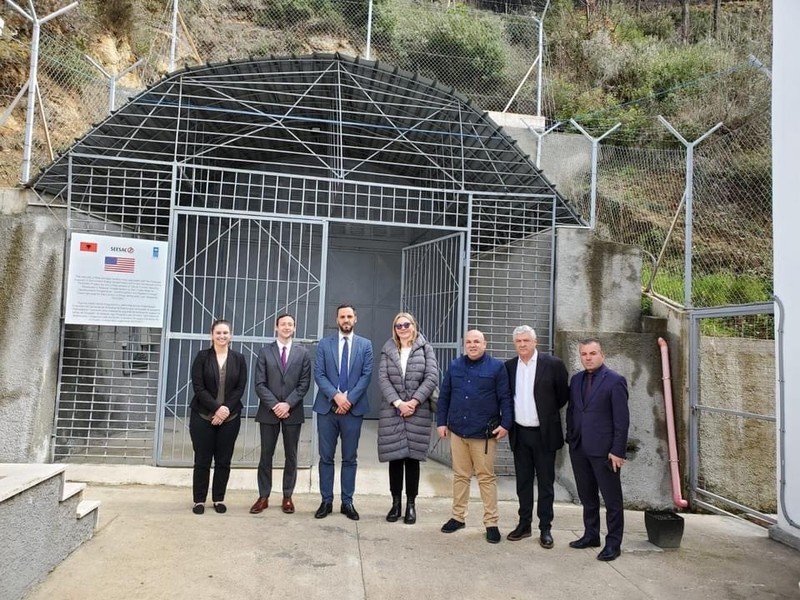 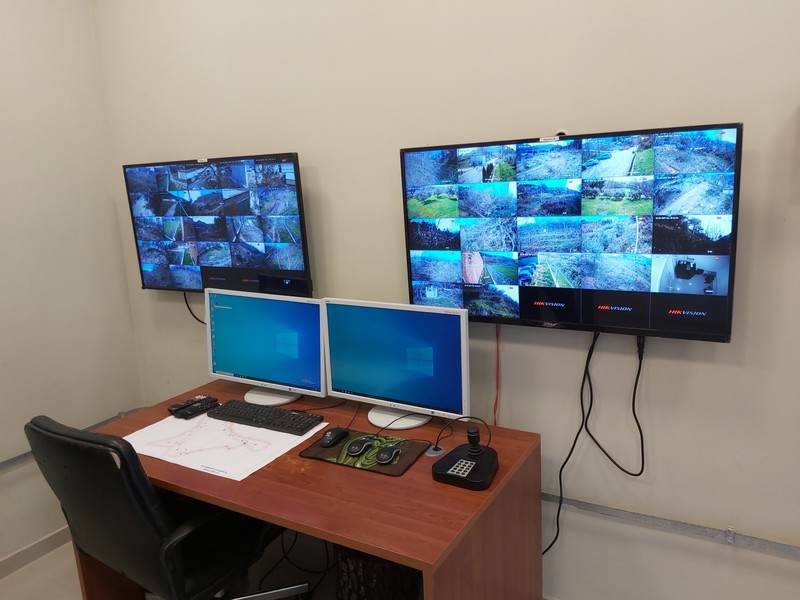 Representatives of the U.S. Department of State, Bureau of Political-Military Affairs, Office of Weapons Abatement (PM/WRA), made a field visit to Albania on 5-6 April 2022, to review the progress made in the implementation of a U.S.-funded project supporting the efforts to advance physical security and stockpile management (PSSM). The activities funded by PM/WRA are implemented under the UNDP SEESAC’s “Project for the Enhancement of SALW Control Security Measures in Albania.” The project provides support for security upgrades of the Ministry for Interior/Albanian State Police (ASP) and the Ministry of Defence (MoD) storage facilities. The ongoing activities under the project entail security upgrades of two evidence rooms for SALW safekeeping at the local ASP Directorates of Tirana and Korca, construction of a SALW laser marking machine operating room at the SALW and ammunition storage at Mullet, and supply of 50 SALW safekeeping metallic cabinets for the ASP.

The delegation visited the Tirana Police Station 1 and the ASP’s Main Technical Supply Center Mullet, where the security upgrades are underway. They were joined by the Deputy Minister of Interior and the Head of the Albanian Government’s SALW Commission, Mr. Besfort Lamallari. Mr. Tirre and Ms. Matanin also visited the MoD Mirake SALW and ammunition storage location, where the security upgrade, conducted under the same project, was completed in 2020.

The project is a part of the UNDP SEESAC’s regional SALW control portfolio, implemented in close cooperation with the UNDP Office in Albania. The ongoing project activities contribute to local and regional security and stability by ensuring that the significant amounts of stockpiled SALW and ammunition, under the responsibility of both the MoD and the MoI of the Republic of Albania are safe, secured, and accounted for. As such, the project contributes to reducing the risk of uncontrolled proliferation at the local and regional level, as well as the risk of uncontrolled explosions, and enhances safety and security for the people and communities.

UNDP SEESAC has been assisting the authorities of the Republic of Albania in the development and implementation of SALW control activities since 2003.