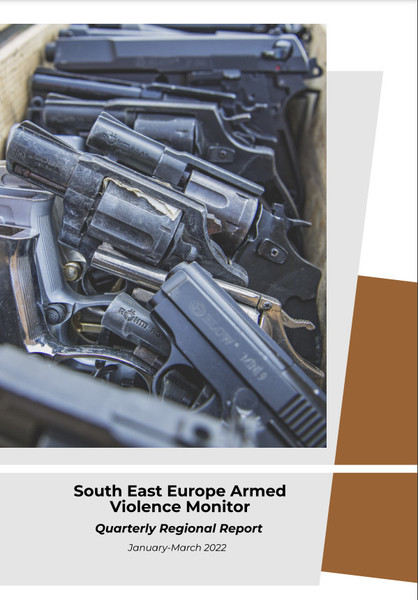 The new Quarterly Armed Violence Regional Report recorded 811 firearm-related incidents[1] in the region from January to March 2022. Some of the main findings are:

The collected data range from the type of incident, firearms used, age and gender of the victim and the perpetrator, outcome of the incident, etc.

The AVMP aims to make essential data available to all interested parties and serve as an informative tool for interventions with the overarching goal of a more effective arms control framework and reducing their negative impact on civilians.

The AVMP is supported with funding from the EU Council Decision (CFSP) 2019/2111 to support SEESAC disarmament and arms control activities in South-East Europe, reducing the threat of illicit small arms and light weapons their ammunition.

[1] Data retrieved as of 10.04.2022. Given that news articles may be published after the incidents occurred or that recorded incidents can be updated with new pieces of information, the given statistics may slightly differ in the future.