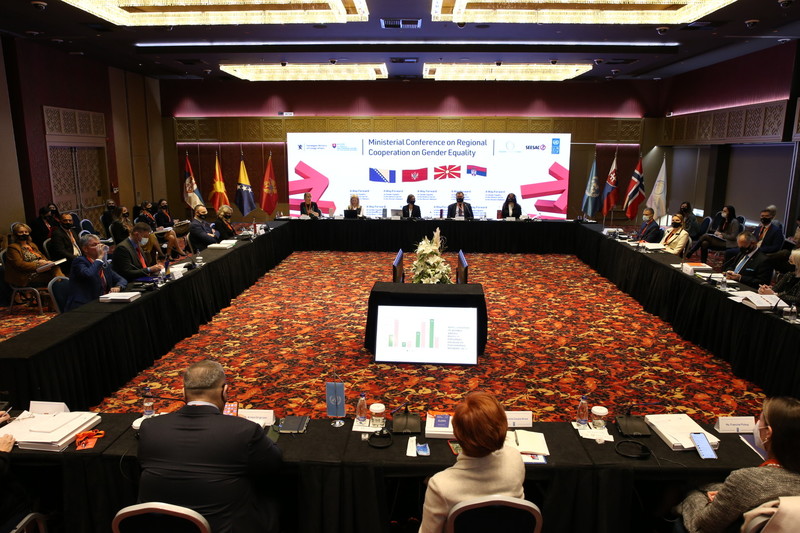 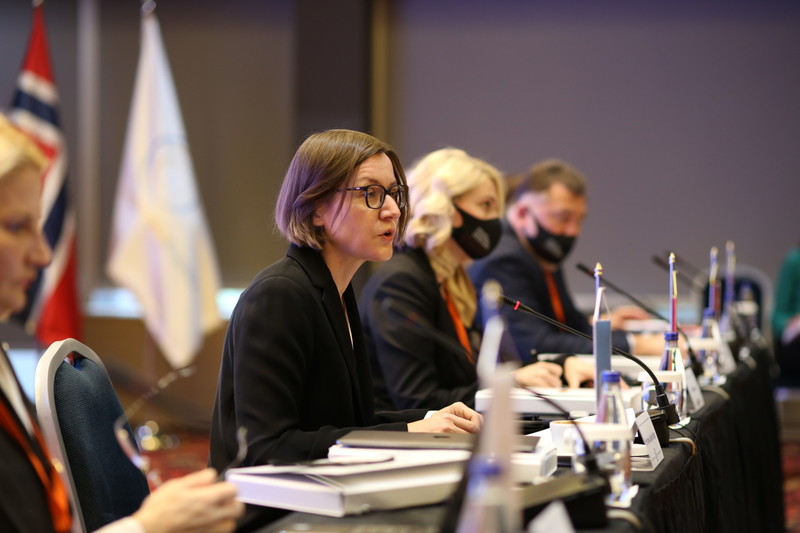 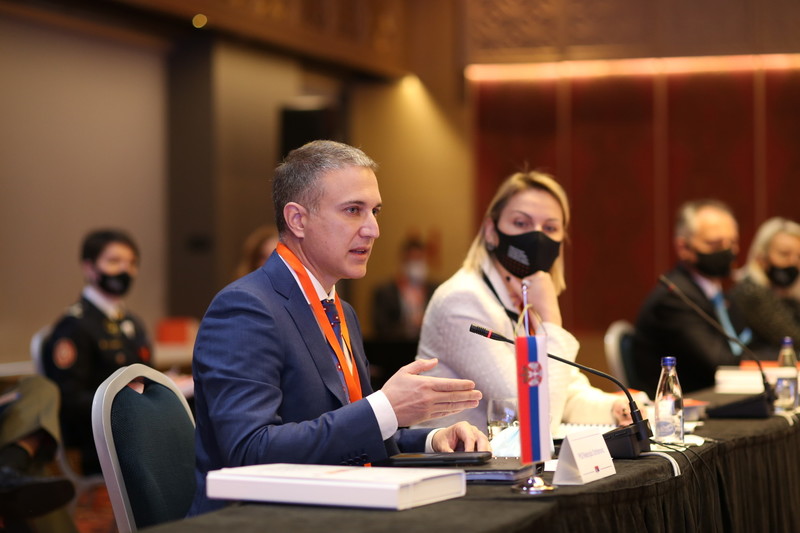 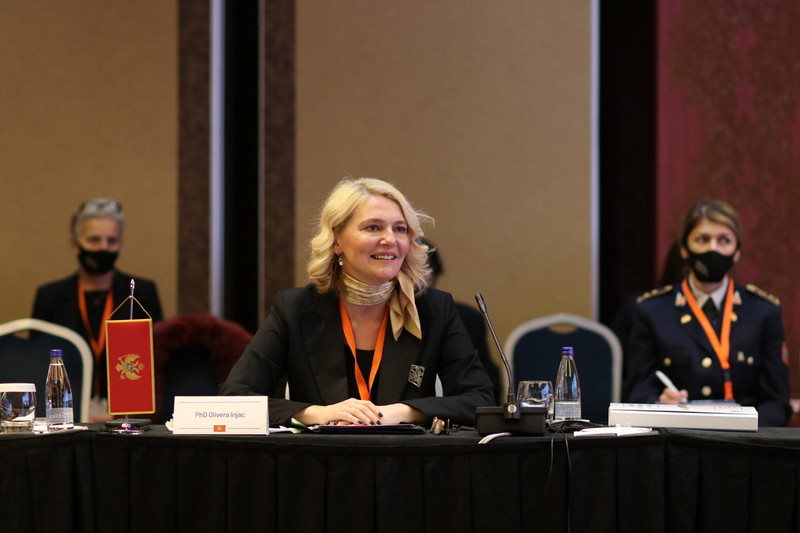 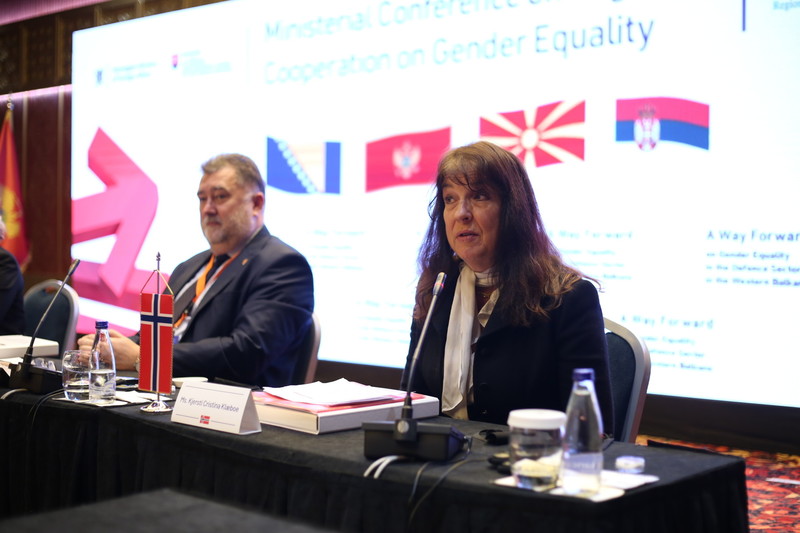 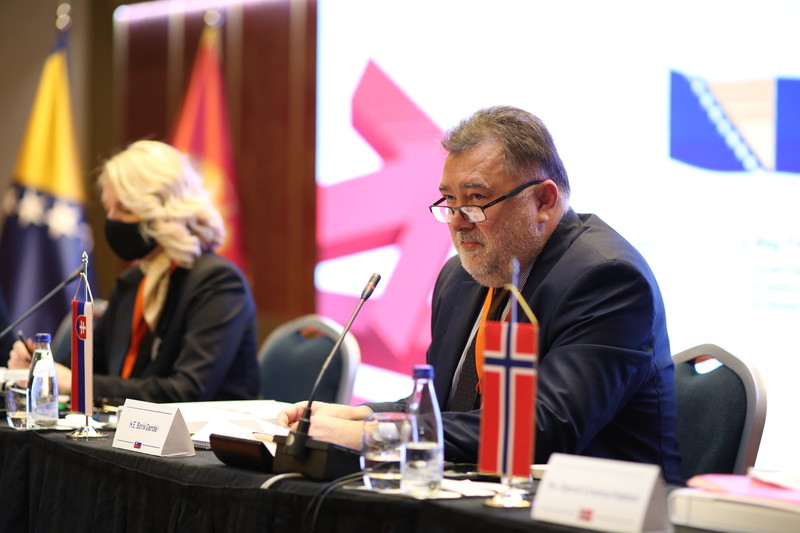 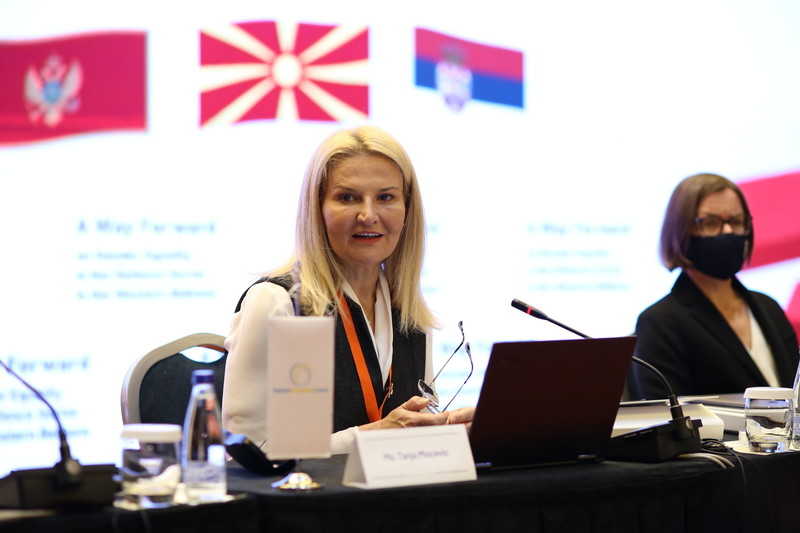 On 7 December, UNDP SEESAC, together with the Ministry of Defence of Montenegro, co-hosted a Ministerial conference dedicated to identifying A Way Forward on Gender Equality in the Defence Sector in the Western Balkans.

Minister Stefanović, clearly pointed out the importance of genuine gender equality for the military's ability to be effective.

“When we take into account that we need the full capacity of our society for the military to perform its tasks, it is quite clear that women must have a significant role in the military…in the Ministries of Defence, and that their participation cannot be formal...It must be prominent in both command and policymaking functions, because it there that the decisions regarding the future of the Ministry of Defence, the military and our countries are made.”

After almost a decade of active engagement by the four Ministries through the project Strengthening of Regional Cooperation on Gender Mainstreaming in Security Sector Reform in the Western Balkans, tangible progress has been made. While, in 2012, women made up about 3 to 6 percent of the armed force, by 2019 their numbers had risen to 6 to 9 percent. Women’s representation also increased in each of the ranks, from soldier to officer.

The project facilitated institutional and capacity shifts, on both national and regional levels. A regional platform of gender equality mechanisms, decision-makers and commanders was created and grew into a comprehensive and vibrant regional mechanism that facilitated experience sharing and development of joint solutions. A regional network of gender trainers delivered gender awareness courses to as many as 4,700 personnel. Female officers were supported in gaining career advancement tools, while Gender Coaching programme helped sensitize leaders and commanders to gender perspective.

“The cooperation manifested and established within this project is perhaps the first, or the real key that can serve as a path or formula leading to stability and in turn to prosperity.”

To demonstrate their commitment to continue tackling existing gender inequalities though a regional approach, all four delegations signed a Ministerial Declaration on Support for Gender Equality in Security Sector Reform in the Western Balkans.

The meeting also served as an opportunity to launch two new publications created by the collective vision and work of the four Ministries, namely the 2nd regional Study on the Position of Women in the Armed Forces in the Western Balkans and the regional Handbook on Preventing and Responding to Gender-Based Discrimination, Sexual Harassment, and Abuse.

Based on targeted data collected by the Ministries, the 2nd regional Study identifies key progress and gaps in ensuring the equal position of women and men in the military. It builds directly on the 1st regional study, published in 2014, when the ministries collected baseline data that helped draw a picture of the current situation and create a blueprint for the work to be done. The results of the 2nd regional Study will inform the work of the region in the upcoming period.

Minister Injac highlighted the operational nature of the information provided by the research and reflected on the role of regional leadership.

“Findings of this research indicate the most critical areas in which we can improve the mechanisms and means and, through the regional approach but also through national policies, further improve and advance this area.

Leadership is essential in this area. It is up to decision makers to recognize policies and guidelines that can quickly bring about change and create a comprehensive approach through various aspects to make women in uniform something acceptable and normal for all of us.”

The event was opened by Ms. Mirjana Spoljaric Egger, Assistant Secretary General of the UN and Director of the UNDP Regional Bureau for Europe and CIS, together with H.E. Boris Gandel, Ambassador of Slovakia in Podgorica, Ms. Kjersti Klæboe, Director General of Department of Personnel Policy, Competence and Joint Legal Services at the Ministry of Defence of the Kingdom of Norway, and  Ms. Tanja Mišćević, Deputy Secretary General of the Regional Cooperation Council – providing a wide, regional voice of support to the work done by the Western Balkan ministries. This work continues, as does the financial support by the Kingdom of Norway and the Slovak Republic.

Ms. Kjersti Klæboe noted the great value such high-level meetings have on advancing the gender agenda.

“Today’s roundtable conference gives us impetus to this extremely important work, giving legitimacy to the topic of gender equality in Defence. I think that it is very important that we gather ministers to get them involved in the discussion on this topic.”

Ms. Spoljaric Egger, on the other hand, focused on the importance of strong partnerships between UNDP and the MoDs, which have given way to a wide aray of results.

“This meeting is a testimony of the valuable long-term partnership between UNDP and the Ministries of Defence in Bosnia and Herzegovina, Montenegro, Republic of North Macedonia, and Republic of Serbia. It focuses not only on gender equality but also on broader security topics such as disarmament and arms control efforts.”

Ms. Tanja Mišćević reminded those present of the importance a sense of security has on development overall.

“Many citizens of the Western Balkans region continue to face security challenges. 70% of women in our region believe that violence against women is a key problem they face. As a result, any assistance that we might provide for the socio-economic development of national authorities and economies in the Western Balkans region, which is not based on development and progress in the security sector, cannot have real value.”

That point was furhter elaborated by H.E. Boris Gandel who said:

“Gender equality is not only a matter of rights and social justice. Achieving gender equality benefits society as a whole. Studies have confirmed that gender equality favors employment, economic growth, increased productivity, and improved social structures”

“This path should be not only a path to equal representation but also a path to progress.”

This event was organized within the Strengthening of Regional Cooperation on Gender Mainstreaming in Security Sector Reform in the Western Balkans project, financed by the governments of Norway and the Slovak Republic. With the support of UNDP SEESAC, the project provides the Ministries of Defence and Armed Forces in the Western Balkans with a platform where, over the course of three years, they can exchange ideas and develop policies to ensure long-term and sustainable inclusion of the gender perspective in defence policies and practices.

Read more about the event in the coverage by the ministries of defence :

Minister Stefanovic: We want to be EU member state in order to achieve the standards and a better quality of life for our citizens

Meeting between Minister Stafanovic and Montenegrin Minister of Defence Injac

Assistant ministers Bandic and Tomasevic with delegation from Bosnia and Herzegovina