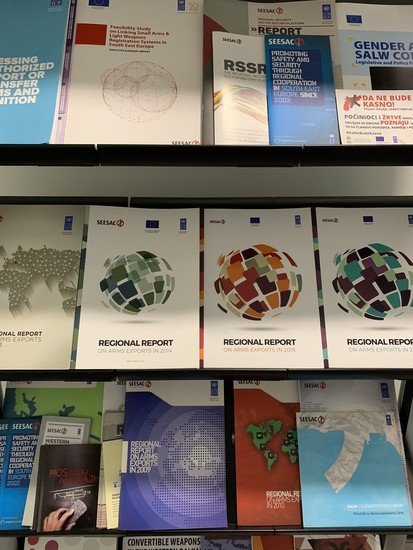 The Regional Arms Exports Report, covering Albania, Bosnia and Herzegovina, Montenegro, the Republic of North Macedonia and Serbia, is a result of over a decade of regional cooperation and commitment to transparency by Western Balkans governments willing to commonly share their arms exports data. In the world today, the other similar joint publication is published by the European Union (EU).

The 2017 edition of the report marks some similar trends on arms exports to previous years but also flags some new data. Serbia remains the top arms exporter in the region, amounting to 66.31% of the total regional exports. The percentage of Serbia's share in total exports is decreasing, while the percentage of Montenegro and North Macedonia’s share in total exports increased. For 2017, 68.74% of the total arms exports in the region related to the ML3 category– as per the EU Common Military List.

The Regional Arms Exports Report is a knowledge product developed by SEESAC in partnership with governments in South East Europe and financed by the European Union within the framework  of EU Council Decision (CFSP) 2016/2356.