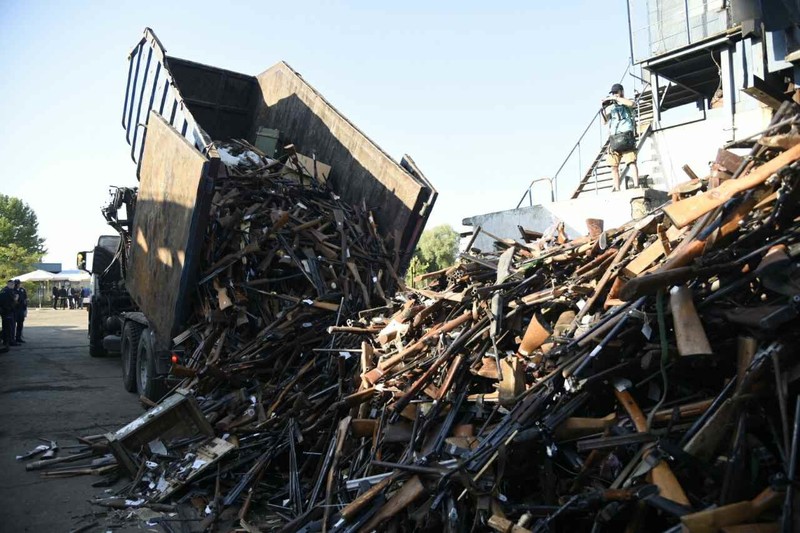 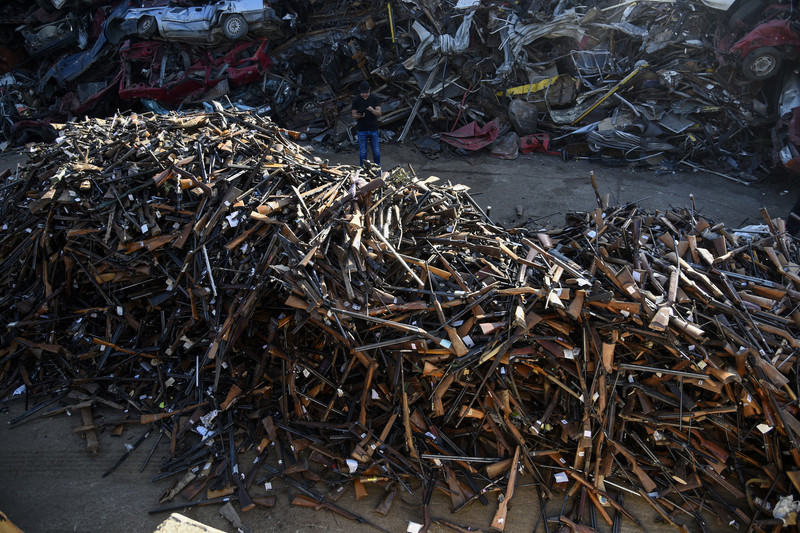 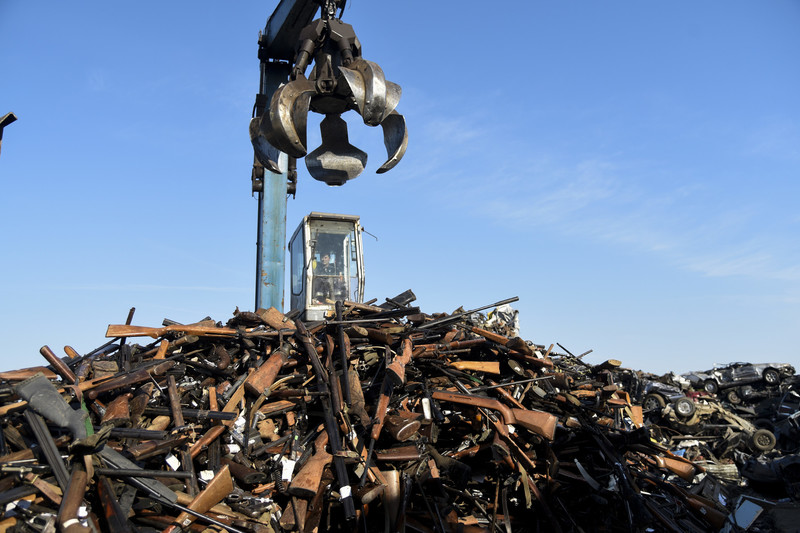 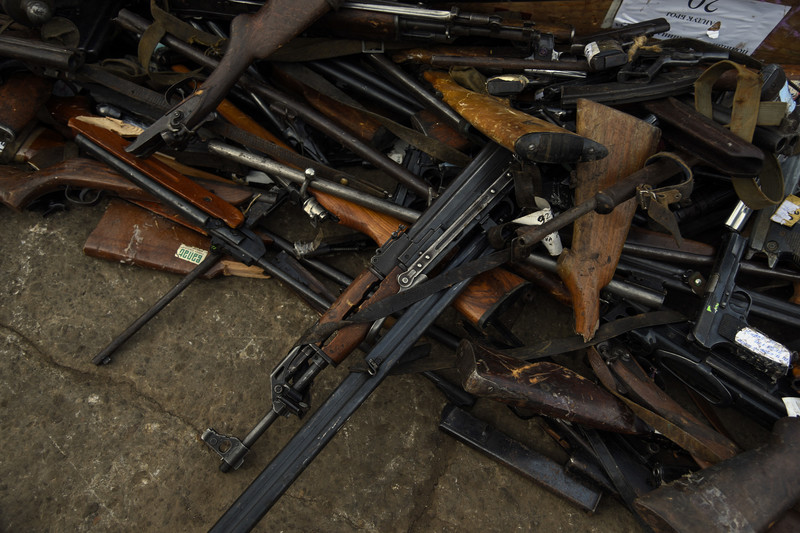 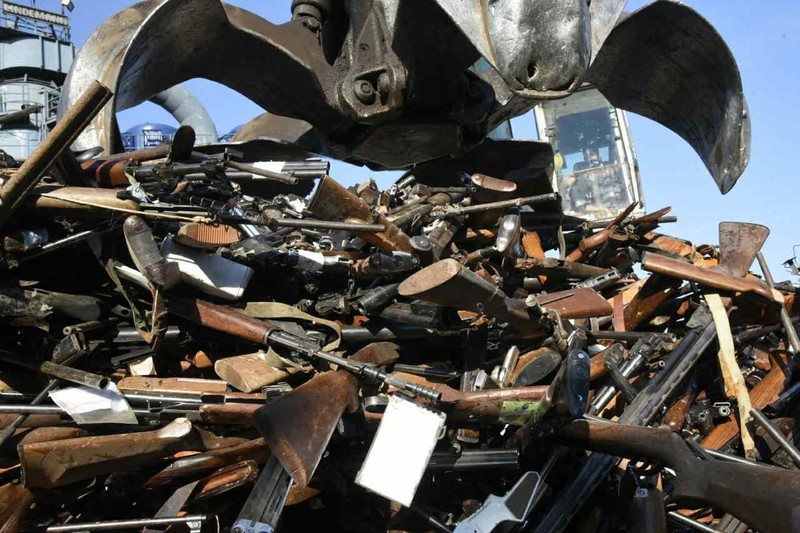 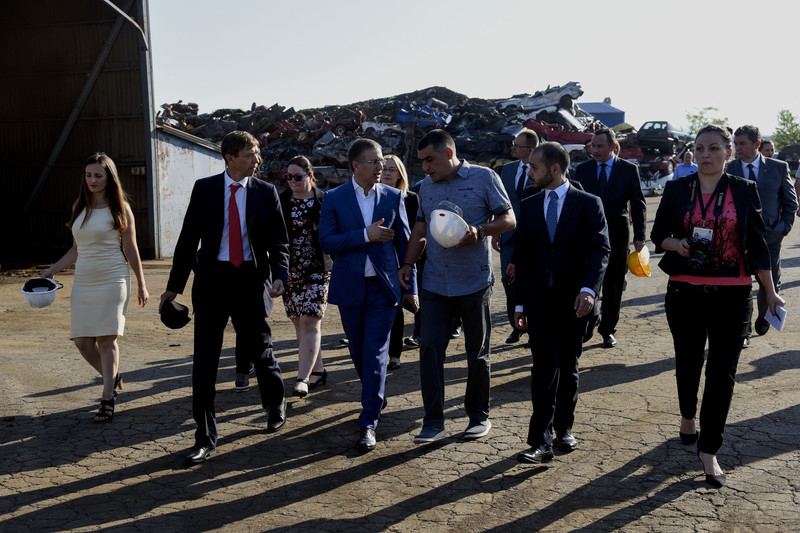 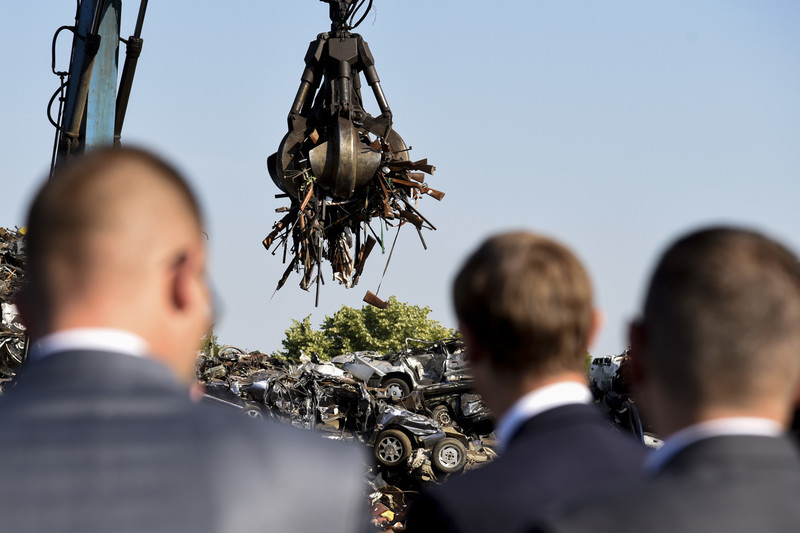 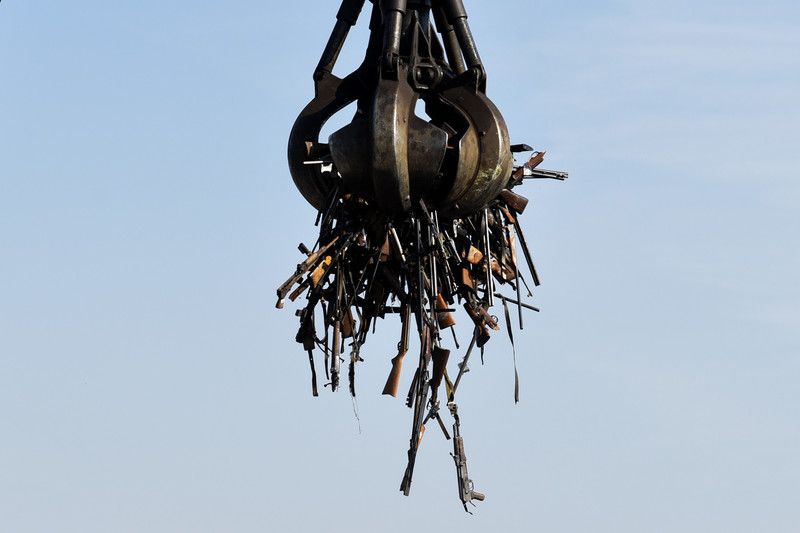 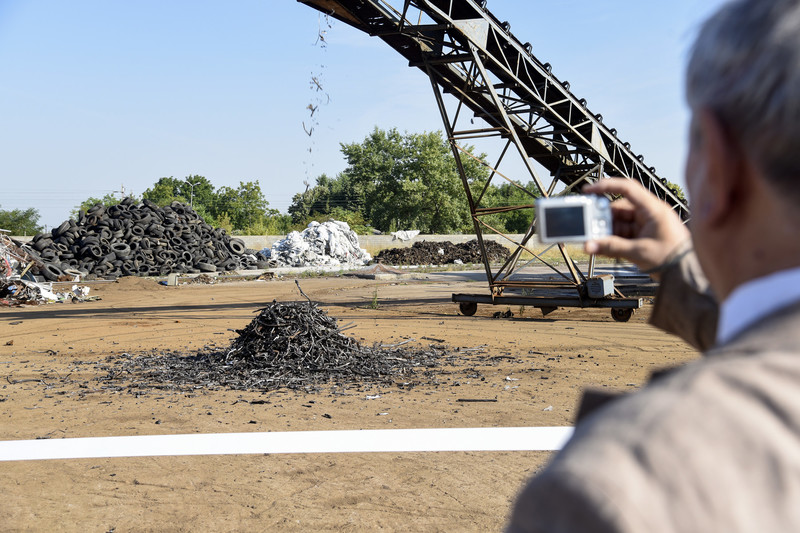 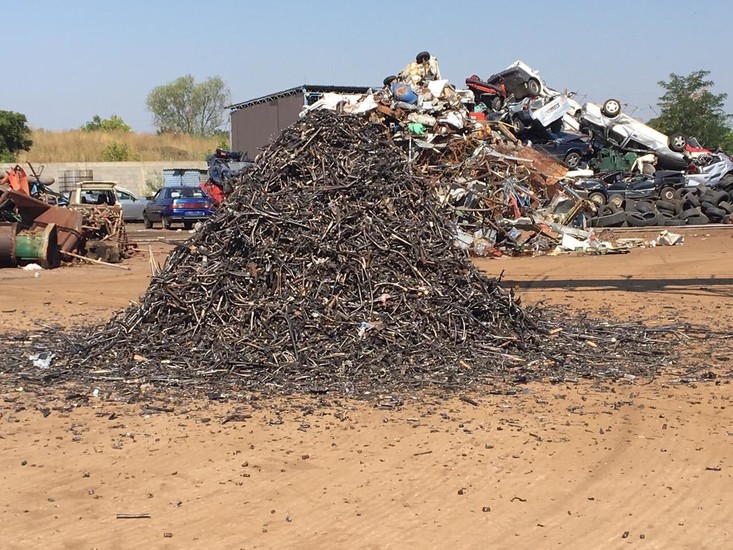 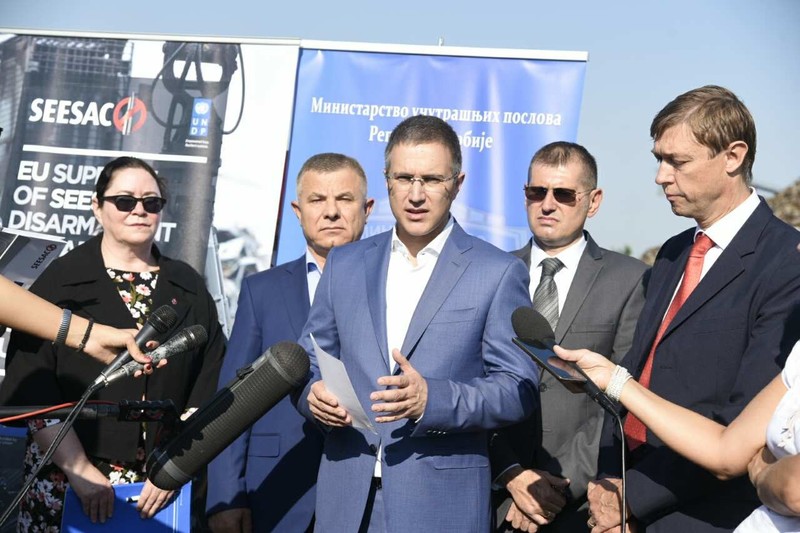 The Ministry of Interior of the Republic of Serbia disposed of 18,009 pieces of firearms with EU and UNDP SEESAC support. Destruction of small arms and light weapons reduces the risk of SALW proliferation, misuse and trafficking of firearms.

H.E. Nebojša Stefanović, Minister of Interior; Mr. Oskar Benedikt, Chargé d'Affaires of the EU Delegation; and Ms. Karla Hershey, UNDP Resident Representative addressed the gathered representatives of the national institutions and diplomatic corps. Minister Stefanović said “Today, in a joint effort, the Ministry of Interior, SEESAC and the EU Delegation destroyed more than 18,000 firearms. This is important as it will contribute to the increased safety of our country. Some of the destroyed firearms were illegal weapons confiscated by the police, while others were collected through the ongoing legalization campaign. I would like to call on all citizens to use this opportunity to surrender their illegal weapons to the police in order to prevent criminal acts.”

Mr. Oskar Benedikt stressed that "The EU has as a priority to help Serbia combat illicit flows of small arms and light weapons. I would like to commend the efforts of the Ministry of Interior of the Republic of Serbia and encourage the authorities to take all possible steps to continue to remove illegal firearms from the public domain and to prevent easy access to illicit firearms in Serbia and beyond. The EU is currently partnering with SEESAC through the EU Council Decision in Support of SEESAC Disarmament and Arms Control Activities in South East Europe and I am glad to say that this support will continue."

Addressing the audience, Ms. Karla Hershey highlighted that “This event clearly demonstrates Serbia’s commitment to the implementation of Sustainable Development Goals. There is a clear understanding that there is no sustainable development without peace, and effective and accountable institutions. SALW proliferation has adverse effects on safety and wellbeing of both women and men. Firearms are often misused in domestic violence, and the high share of women murdered with firearms reflects the high lethality of firearms in this context. Every third woman murdered in the context of domestic violence was killed with a firearm.”

The event took place within the ongoing firearms amnesty being conducted by the Ministry of Interior. With the destruction of over 18,000 pieces of firearms, the Serbian authorities are reinforcing the message about the danger uncontrolled firearms pose to the safety of individuals, security of the society, and stability of the region. Since 2002, SEESAC assisted the authorities in the region of South East Europe to destroy over 320,000 pieces of SALW in similar disposal activities.

Since the beginning of this year, with the support of the EU, SEESAC has coordinated similar destruction events in Bosnia and Herzegovina, Montenegro and in Kosovo*. SEESAC assisted the authorities in the region in sending a clear message on the importance of raising awareness and acting against the threat posed by excess, poorly secured and illegal firearms in South East Europe.

With funding from the European Union, SEESAC is implementing a regional programme contributing to non-proliferation and SALW control in the period 2017 – 2019 through EU COUNCIL DECISION (CFSP) 2016/2356. One of the ways to diminish the risk of SALW proliferation is by reducing the significant stockpiles of weapons and their ammunition throughout South East Europe (SEE). With this in mind, supporting the authorities in SEE to dispose of their surplus, confiscated SALW and their ammunition is a key component of the SEESAC project.