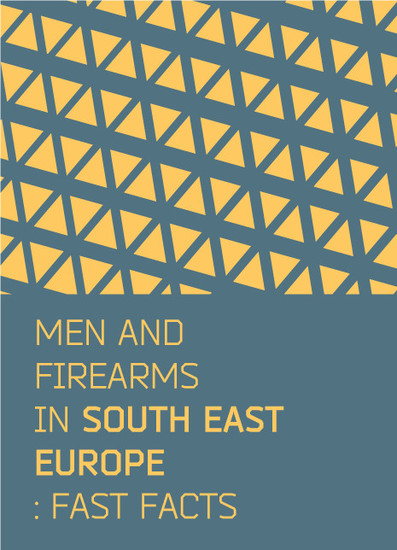 In South East Europe (SEE), the overwhelming majority of firearms are owned by men. Men also predominantly use and misuse firearms and account for the majority of victims of firearm misuse. While these patterns are highly stable and remarkably similar across the region, it has been only recently that the necessity to address these issues have been recognized in SALW control legislative and policy frameworks in SEE.

To be effective, this changing policy landscape requires thorough understanding of the linkages between men and firearms and the role that masculine norms play in shaping both the demand for firearms and the risk-taking behavior in the wider social context, including access and availability of firearms.

The Men and Firearms in South East Europe: Fast Facts provides a broad overview of the available data on firearm ownership, access to firearms across security sector institutions, men’s experience and attitudes towards firearms, and men as perpetrators and victims of firearm misuse. It also maps factors which could influence the demand for firearms among men. In doing so, Fast Facts aims to contribute to the ongoing discussions on the social conditioning of these patterns by increasing knowledge and awareness of both professionals and the general audience of the specific linkages between men and firearms in SEE.

The data presented in the publication, reconfirms that men overwhelmingly dominate across firearm experiences in SEE, but also clearly indicates that men as a group are not homogeneous and often have ambivalent relations and attitudes towards firearms. It also documents that while men are perpetrators of the vast majority of armed violence, most men never get involved in firearm misuse.

In doing so, Fast Facts calls for further in-depth research, which would provide a better understanding of the connections between firearms and masculinity and pave the way to comprehensive policy responses to the challenges at hand.