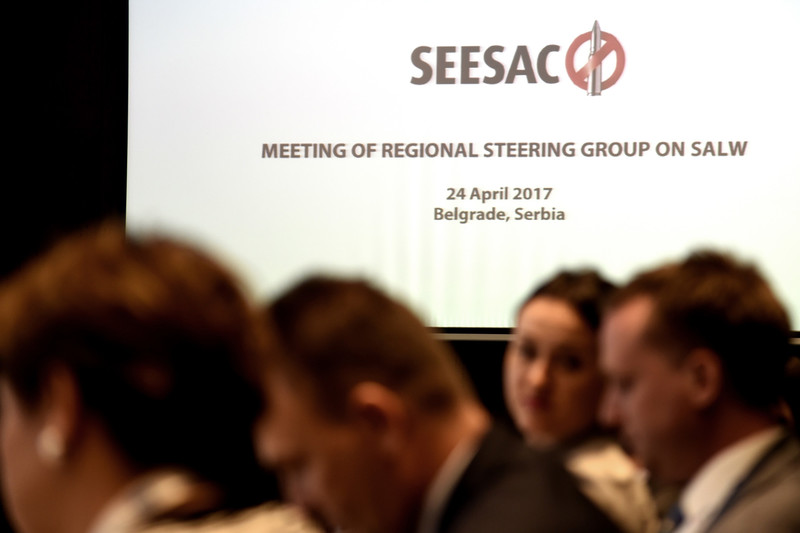 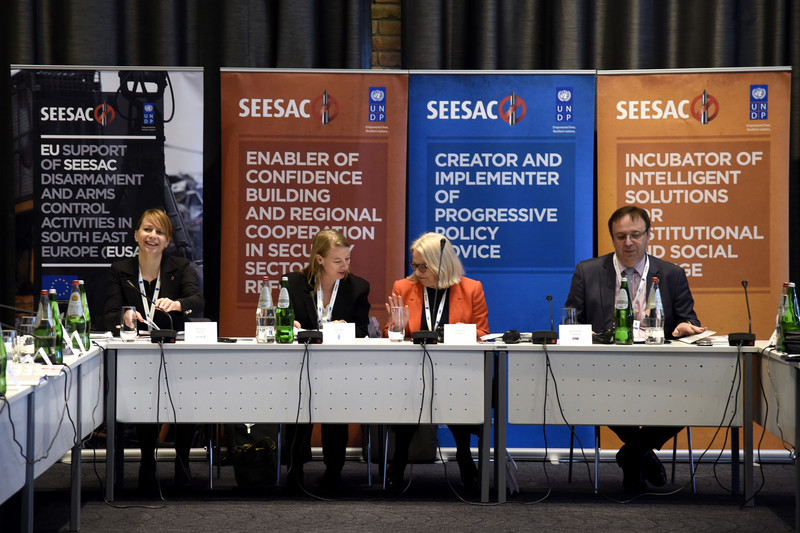 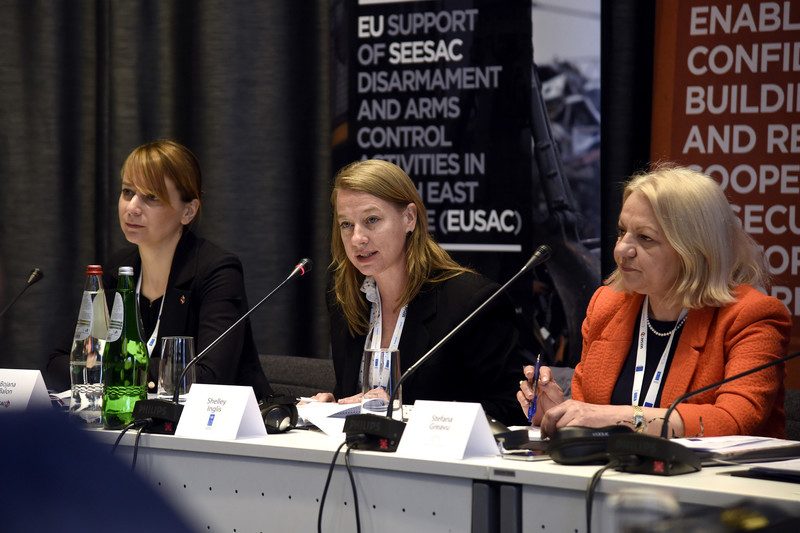 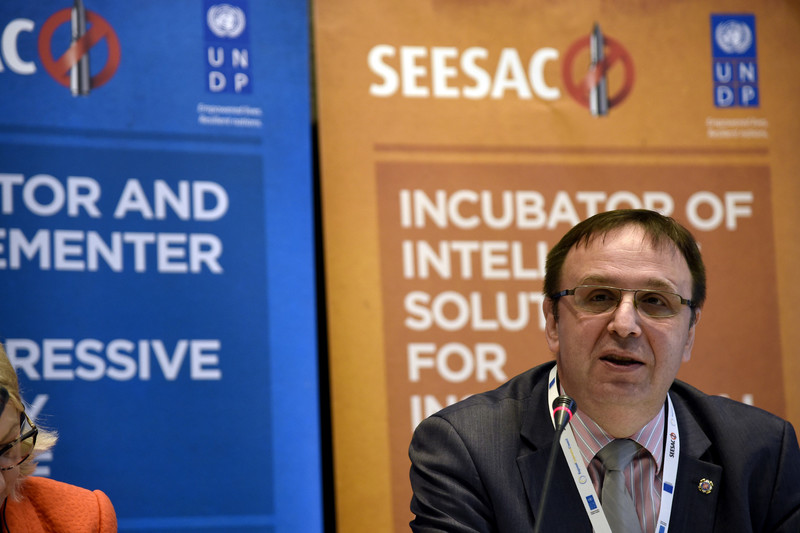 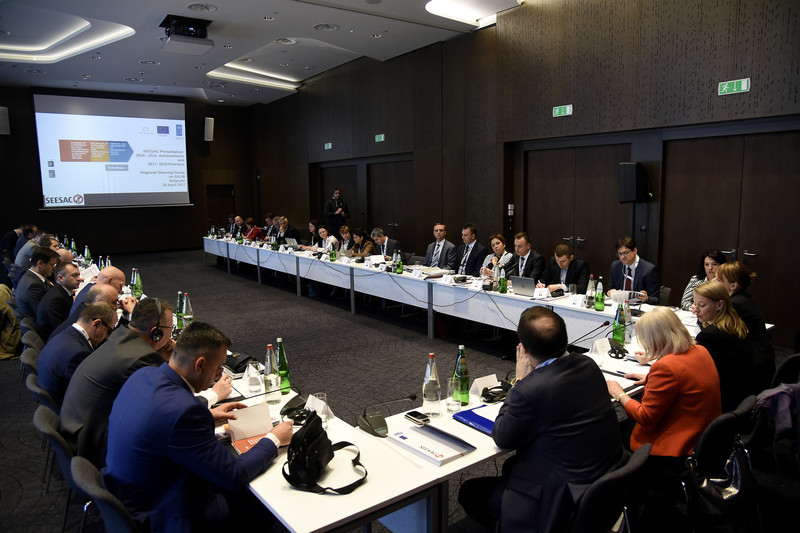 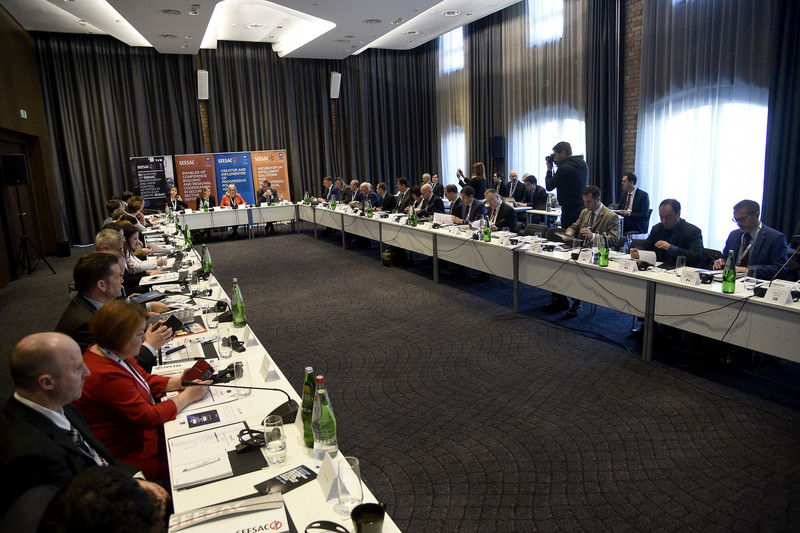 The Regional Steering Group (RSG) on Small Arms and Light Weapons (SALW) held its annual meeting on 24 April 2017 in Belgrade. Over 50 participants, including SALW focal points or their representatives from Albania, Bosnia and Herzegovina (BiH), Moldova, Montenegro, Serbia and the former Yugoslav Republic of Macedonia, as well as SEESAC’s key partners and representatives of the donor community, attended the meeting, co-chaired by the Regional Cooperation Council (RCC) and the United Nations Development Programme (UNDP). The goal of the annual meetings is to take stock of the progress made in the implementation of the SEE Regional Implementation Plan on Combatting the Proliferation of SALW.

“Throughout the last 15 years, SEESAC has successfully supported national stakeholders in reducing the threat posed by the widespread availability of SALW, while at the same time significantly reinforcing and promoting regional cooperation and facilitating information sharing and knowledge exchange”, Head of Political Department of the Regional Cooperation Council Ms. Stefana Greavu, said as she welcomed the participants.

“Enhancing regional dialogue and supporting the development of effective regional mechanisms in the security area are priorities identified also by the RCC”, Ms. Greavu highlighted adding that the RCC is committed to the principles of cooperation, effectiveness and efficiency.

Ms. Shelley Inglis, Governance and Peacebuilding Team Leader of the UNDP Regional Hub for Europe and the Commonwealth of Independent States told the participants that these annual meetings are an excellent means to reaffirm the commitment of the region in tackling the challenges related to SALW, as well as being valuable for national institutions, UN agencies, regional and international organizations engaged in arms control to share information and strengthen cooperation in this area.

“In South East Europe, mainly through SEESAC, we have continued our work to support the national authorities in strengthening the relevant mechanisms, enhancing their policies, as well as improving their management and technical capacities and capabilities in arms control”, Ms. Inglis emphasized.

Mr. Branimir Filipović, Acting Assistant Minister for Security Policy, Ministry of Foreign Affairs of the Republic of Serbia expressed his gratitude to the European Union, UNDP and other donors for activities implemented by SEESAC.

“In the area of arms exports control, SEESAC is contributing to the strengthening of capacities and institutional dialogue”, Mr. Filipovic said. “SALW Control cannot be efficient without regional cooperation and SEESAC serves as a platform for building trust and better understanding. Today’s meeting is a good opportunity for interactive exchange of knowledge and plans for the future, as well as for presenting new regional and national projects”, Mr. Filipovic emphasized in his welcoming remarks.

SEESAC Coordinator Ms. Bojana Balon presented SEESAC's results from 2014 to 2016 and shared plans for the next phase covering 2017 to 2019. “SEESAC will continue to promote regional cooperation, knowledge exchange and information-sharing, leading to evidence based, effective and efficient arms control polices”, Ms. Balon told the meeting as she shared plans for the next three years of SEESAC’s work.

National SALW focal points and their representatives from Albania, BiH, Croatia, Moldova, Montenegro, Romania, Serbia, and the former Yugoslav Republic of Macedonia discussed their ongoing needs and plans, as well as their accomplishments and challenges identified during the past year. The participants repeatedly emphasized the importance of the regional cooperation not only as an effective approach in exchanging expertise and sharing information, but also in further building of trust and confidence among the institutions and experts in the region.

RSG meetings are an essential part of the SEESAC governance structure. SEESAC receives its political and strategic guidance and key indigenous support from the RSG which is composed of representatives of the governments from the states concerned, the EU, the RCC, UNDP, and observers from relevant international and regional institutions and civil society.