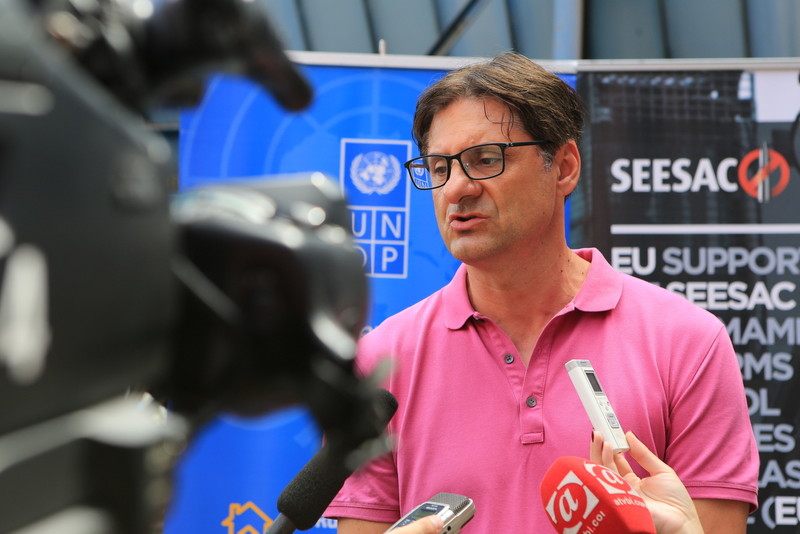 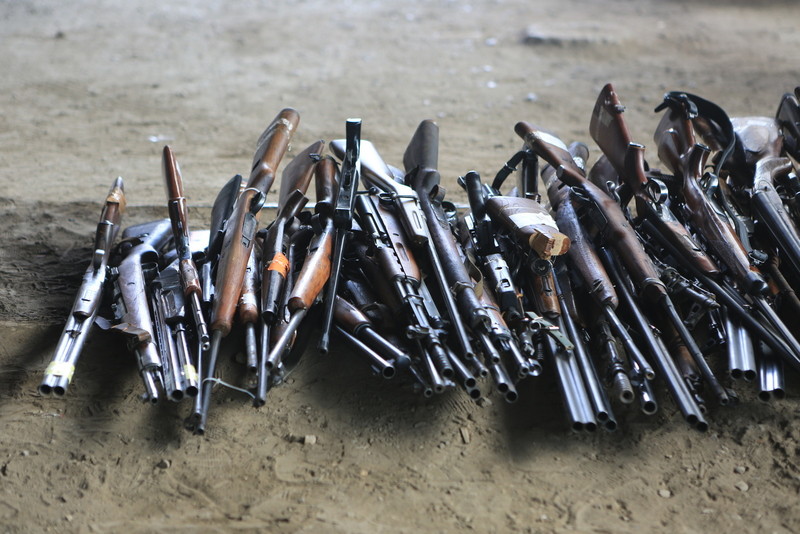 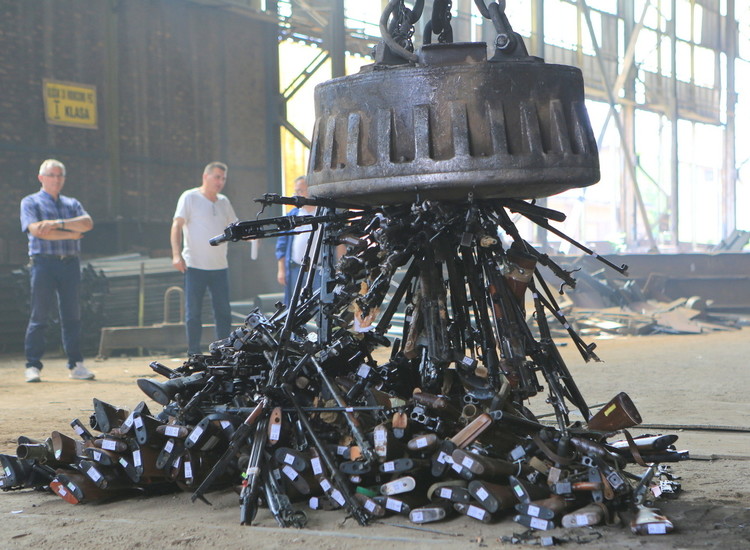 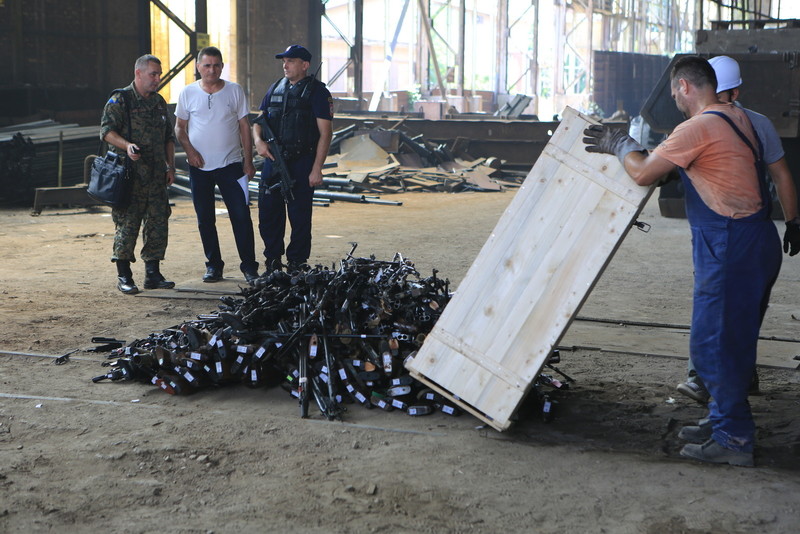 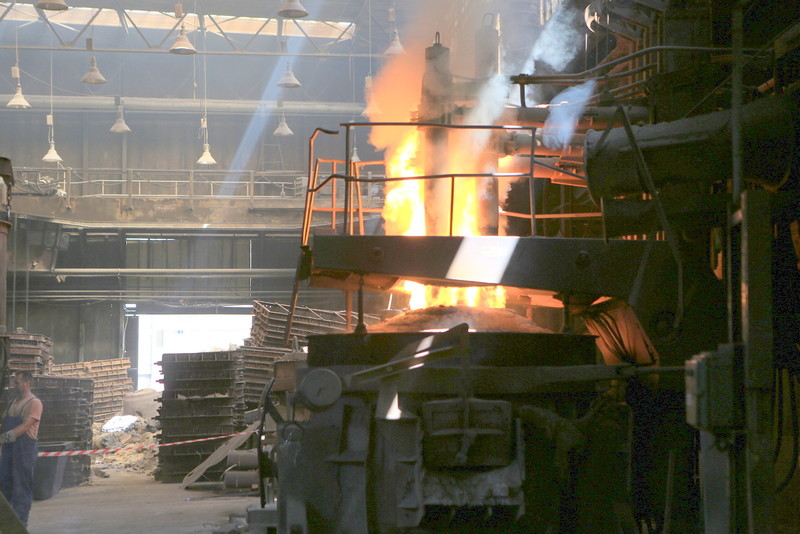 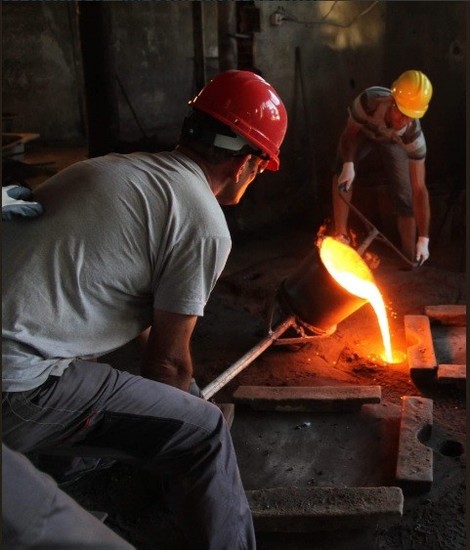 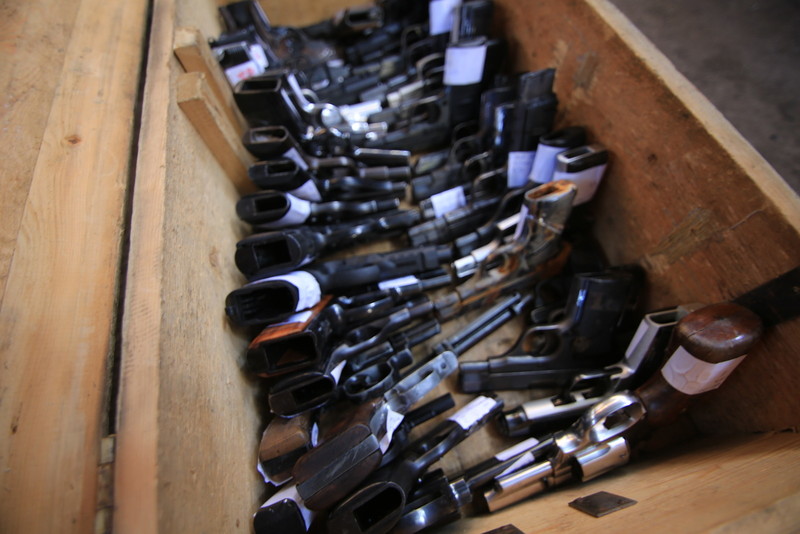 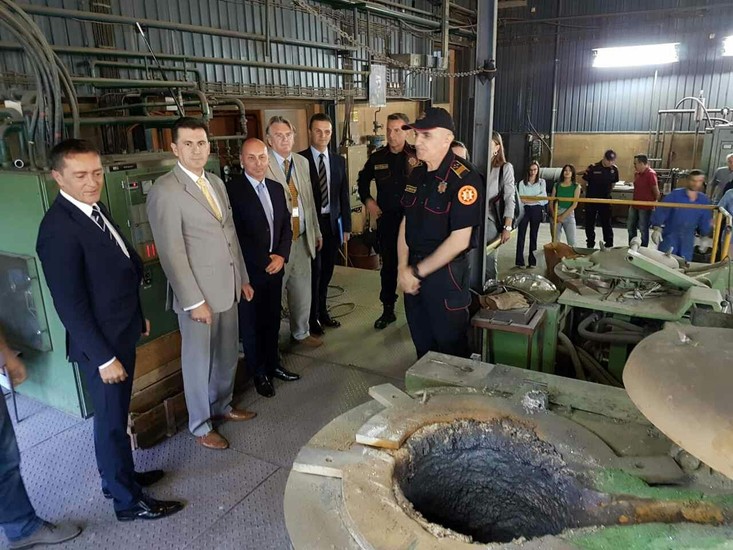 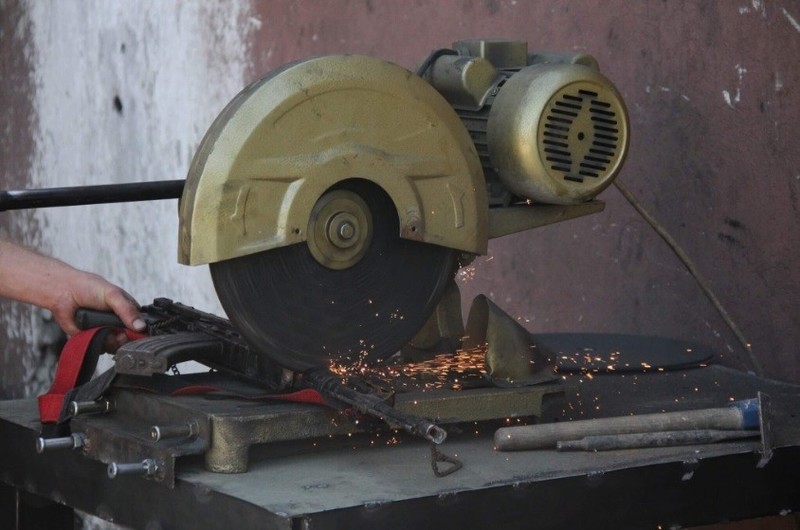 The Western Balkans joined the annual International Gun Destruction Day by disposing of over 2,400 small arms and light weapons (SALW). Funded by the European Union and coordinated by SEESAC throughout the region, three parallel destruction events were organized in Bosnia and Herzegovina (BiH), Kosovo* and Montenegro.

Kosovo destroyed over 100 pieces of SALW in Janjevo on 6 July, while BiH destroyed over 1,400 SALW and over 1000 spare parts at local smelting facilities in Banja Luka and authorities in Montenegro disposed of 926 SALW and 128 of their parts and components at a smelter in Niksic on 8 July.

Mr. Behar Selimi, Deputy Minister of Internal Affairs of Kosovo reaffirmed Kosovo’s commitment to combatting illegal possession of firearms and illicit trafficking of SALW, noting that destruction is an important part of these efforts. He was joined by Mr. Naim Rexha, Deputy General of the Kosovo Police, who stated that the Kosovo Police will continue to “work on expanding police capabilities to successfully and safely confiscate illegal weapons”.

In Niksic, UNDP Assistant Resident Representative Mr. Miodrag Dragisic noted that “By participating in these parallel destruction events, Montenegro is taking part in a coordinated, regional effort to reduce a number of small arms in one day and raise awareness about the problem of small arms and light weapons proliferation in the Western Balkans.”

Richard Wood, Head of the Rule of Law Section at the Office of the EU Special Representative in BiH said “We are happy to witness this important event today as small arms and light weapons a national, regional and EU threat. As such it is important that we tackle the problem together across the region. EU commends the efforts of Law Enforcement Agencies and encourages authorities to take all possible steps to continue to remove weapons from the public domain. “

The parallel events build on the results of last year’s International Gun Destruction Day when BiH destroyed 1,008 SALW, Kosovo over 2,382 SALW, and Montenegro disposed of 1,140 SALW. Initiated by the UN in 2001, International Gun Destruction Day serves as a reminder of the threat that excess, poorly secured, and illegal weapons pose to the public’s everyday safety and security. The problem of small arms circulation and proliferation knows no borders, and as such demands a comprehensive and coordinated response.

The destruction of SALW is supported by the European Union, through the EU Council Decision  2016/2356  in Support of SEESAC Disarmament and Arms Control Activities in South East Europe in the framework of the EU Strategy to Combat the Illicit Accumulation and Trafficking of SALW and their ammunition.

Since 2002, SEESAC assisted SEE to rid itself of over 300,000 pieces of small arms. Today’s gun destruction events were organized as part of regional efforts to combat illicit accumulation and trafficking of SALW and their ammunition in SEE.

* References to Kosovo shall be understood to be in the context of Security Council Resolution 1244 (1999).