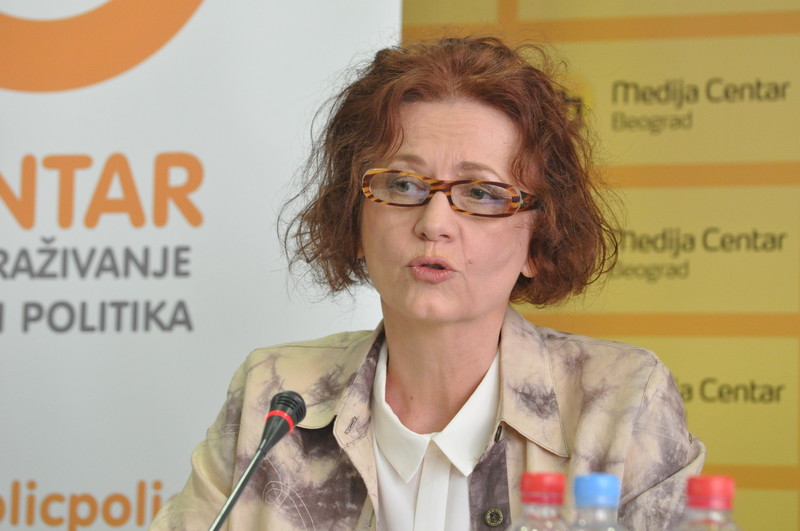 Svetlana Đurđević Lukić, Director and one of the founders of the Public Policy Research Center, our former colleague and a dear friend, suddenly passed away at the age of 53. Ms. Đurđević Lukić was a renowned analyst and expert on human security and security policies, and a distinguished journalist during the 1990s.

Prior to the establishment of the Public Policy Research Center, Svetlana worked as a researcher and advisor with the Department of International Development of the London School of Economics in London; Foreign Policy Institute in Philadelphia, USA; the South Eastern and Eastern Europe Clearinghouse for the Control of Small Arms and Light Weapons (SEESAC) and the OSCE Mission in Belgrade. She was also engaged in several projects of the Ministry of Science, Ministry of Foreign Affairs and the Ministry of Defense of the Republic of Serbia.

Svetlana led numerous projects, which shed light on the security issues of various social groups in Serbia, such as the young, the Roma, LGBT and women. In addition, she was involved in different working groups and advisory bodies of the government of the Republic of Serbia and NGOs.

Ms. Đurđević Lukić received her MA in Politics, Security and Integration, from the University College in London, and further developed her education at the Columbia University in New York and Oxford University.

We are deeply saddened by her sudden and tragic passing.