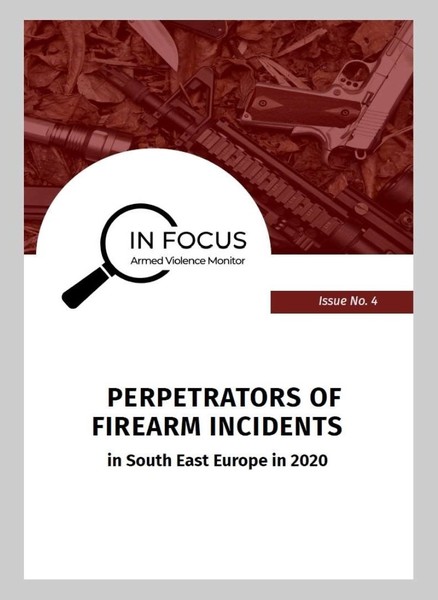 In its latest issue of the In Focus - Armed Violence Monitor, SEESAC provides a significant contribution towards a more comprehensive understanding of the characteristics of perpetrators of firearm incidents in South East Europe (SEE) in 2020.

By shedding light on the perpetrators' sex and age, the context of the incident, the type of weapon used, and other factors, this Monitor presents the data on individuals who committed firearm incidents as perpetrators, co-perpetrators, instigators, or accomplices.

Considering that the misuse of firearms is strongly gendered, with men being the majority of perpetrators, the Monitor focuses on men perpetrators in particular, with an emphasis on specific age groups at risk of firearm misuse.

Key highlights from this issue include: