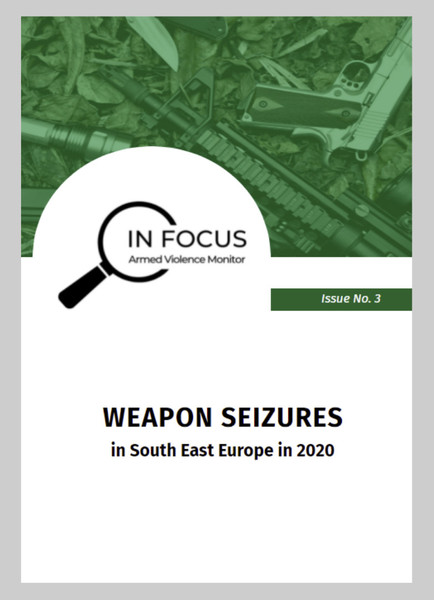 With its monthly In Focus - Armed Violence Monitors for South East Europe (SEE), SEESAC offers a more comprehensive overview of trends by analyzing specific types of firearm incidents occurring in the region in 2020.

The third issue puts the spotlight on weapon seizures in South East Europe (SEE) from 1 January to 31 December 2020, being the most frequently reported type of incident in the mentioned period. Weapon seizures represent a powerful and efficient law enforcement response to countering the use, proliferation and trafficking of firearm, ammunition and explosives.

Some significant highlights from this issue are:

More information on weapon seizures in the SEE in 2020 is available here.