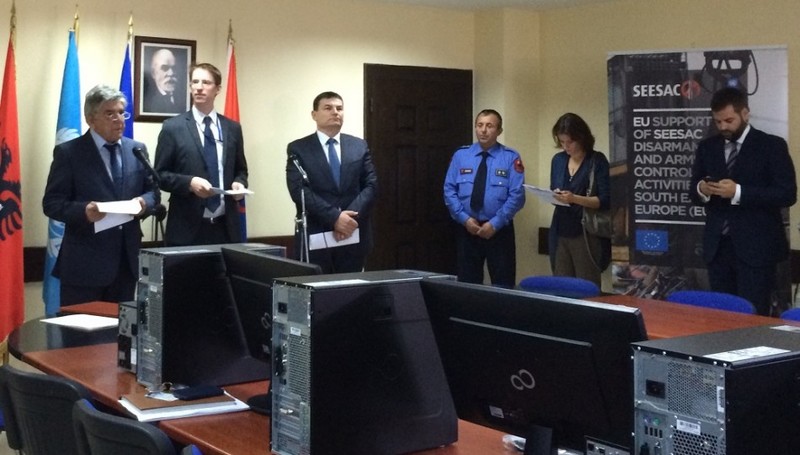 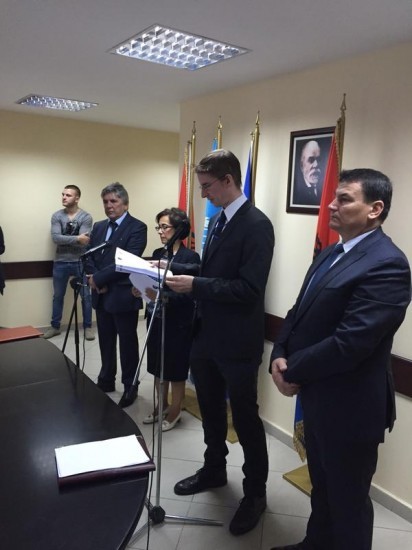 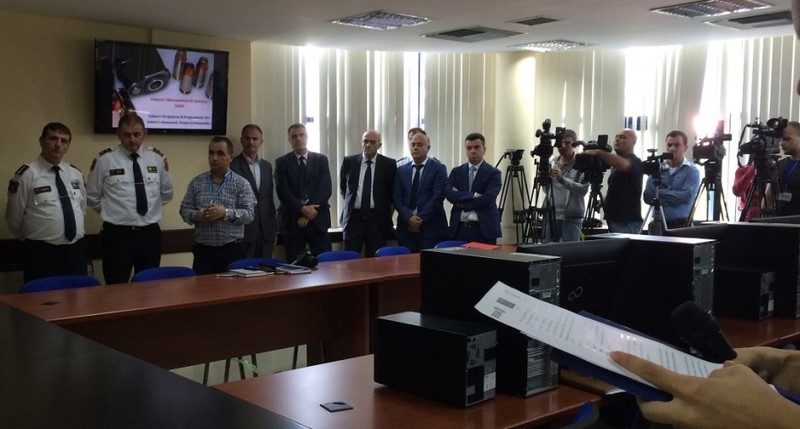 TIRANA – Albanian Deputy Minister of Interior Ilirjan Mustafaraj, Director of the Albanian State Police Haki Cako, UN Resident Coordinator and UNDP Resident Representative in Albania Zineb Touimi-Benjelloun, and representative of EU Delegation in Albania and Head of the Political Section Jan Rudolph, took part in the handover ceremony of IT equipment in support of the Albanian Weapons Electronic Registry on 9 October 2015 in Tirana.

The equipment, worth 182,000USD, is donated by the European Union through the EU Support of UNDP SEESAC Disarmament and Arms Control Activities in South East Europe Project (EUSAC). The donation aims to improve capacities for record-keeping of weapons and thus strengthen the effective Rule of Law. The specialized IT equipment includes: 110 computers, 110 UPSs, 60 printers, 15 scanners, one server and six switches, which are being installed in police stations throughout Albania in order to house the national electronic database for small arms and light weapons in Albania.

The history of large-scale accumulation of small arms and light weapons and ammunition stockpiles in South East Europe (SEE) and the persistent lack of sufficient capacities to fully secure and control them has made the countries in the region a particular concern and an important challenge in the European Union Strategy to combat illicit accumulation and trafficking of small arms and light weapons (SALW) and their ammunition. Hence, this Action supported by the EU Council Decision 2013/730/CFSP forms an essential part in the efforts to achieve the EU SALW Strategy goals.

“We are looking forward for this process to bear fruit and to the improved capabilities of the Albanian law enforcement authorities to effectively and efficiently control possession of small arms and light weapons countrywide”, the EU Delegation Representative Jan Rudolph said during the handover.

“UNDP remains strongly committed to increasing the technical capacities of the law enforcement institutions that result in strengthening the cooperation and the expertise of the region to fight the trafficking and illegal possession of firearms by at the same time reducing the threat to peace, stability, and sustainable development”, Zineb Touimi – Benjelloun concluded.