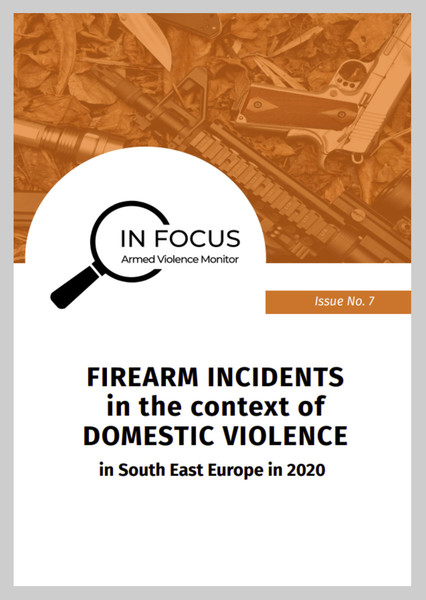 SEESAC's latest In Focus Armed Violence Monitor centres around firearm incidents in the context of domestic violence in South East Europe (SEE) in 2020.

By providing an overview of firearm-related incidents committed by intimate partners and other close family members, the Monitor gives an insight into the use of firearms in the domestic setting and its disproportionate consequences on women, particularly in the context of intimate partner violence.

The key highlights from this issue include:

84 firearm incidents in the context of domestic violence were reported in SEE in 2020, of which 49 were committed by intimate partners and 35 by other family members.

41 firearm-related deaths in the context of domestic violence were reported, which is more than in any other type of incident recorded by the AVMP.

In cases in which perpetrators used firearms against members of their nuclear or extended family, 12 men and five women died, 11 men and three women were threatened, two men and one woman were injured.

Handguns were the most used weapons, being reported in nearly 50% (37) of all incidents.

Firearm incidents in the domestic context in urban areas (59 or 70.2%) were more frequently reported than those in rural areas (25 or 29.8%).