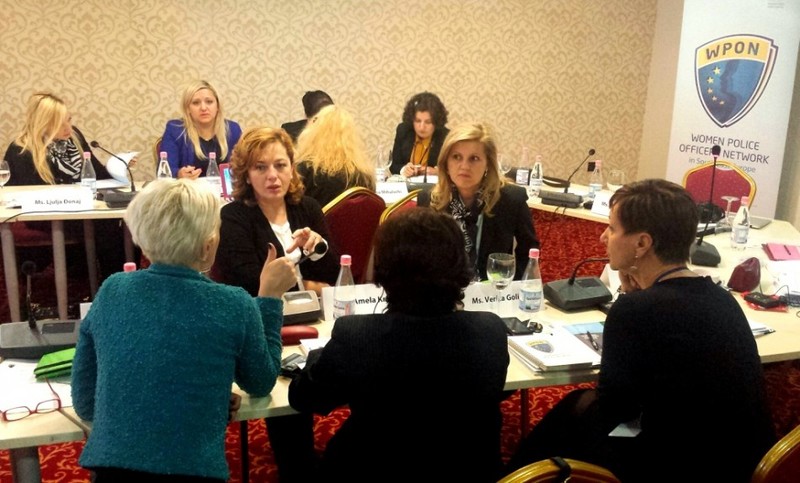 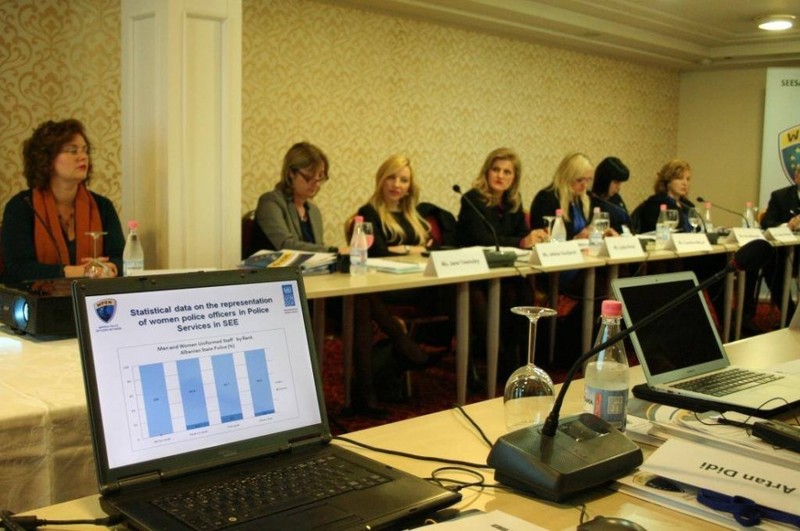 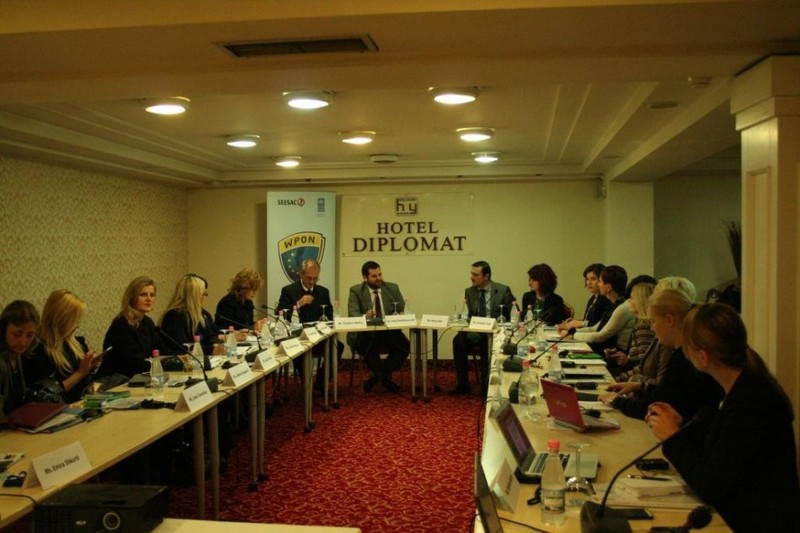 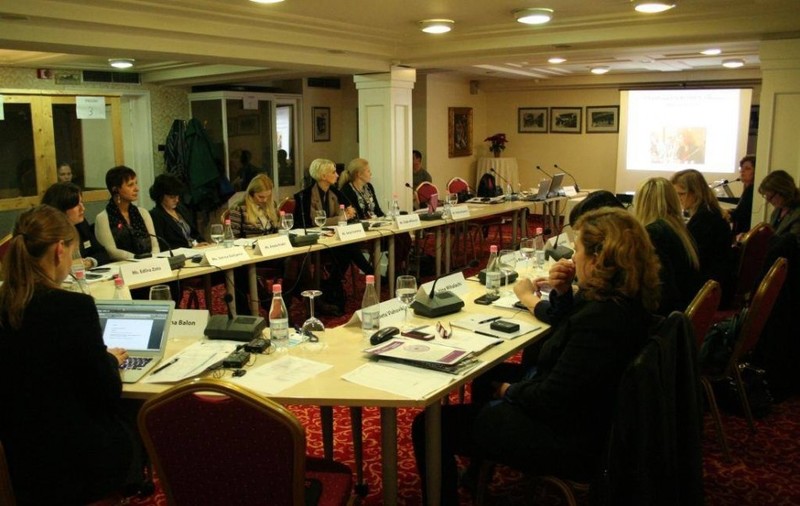 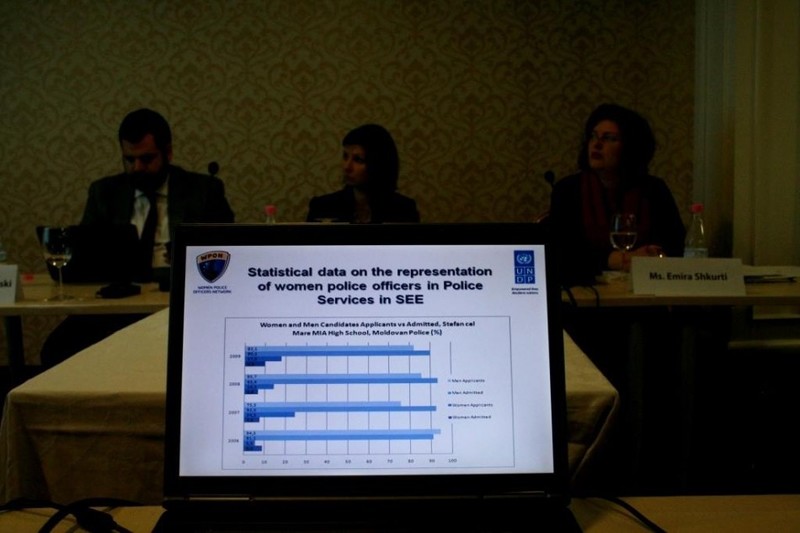 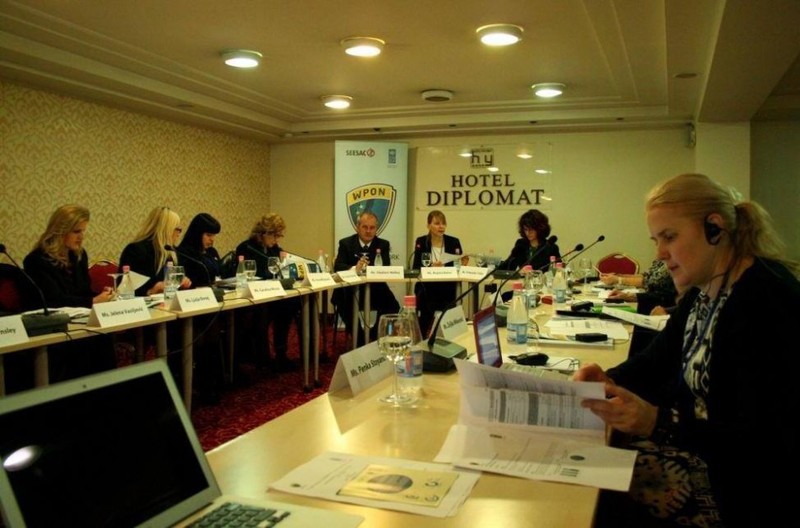 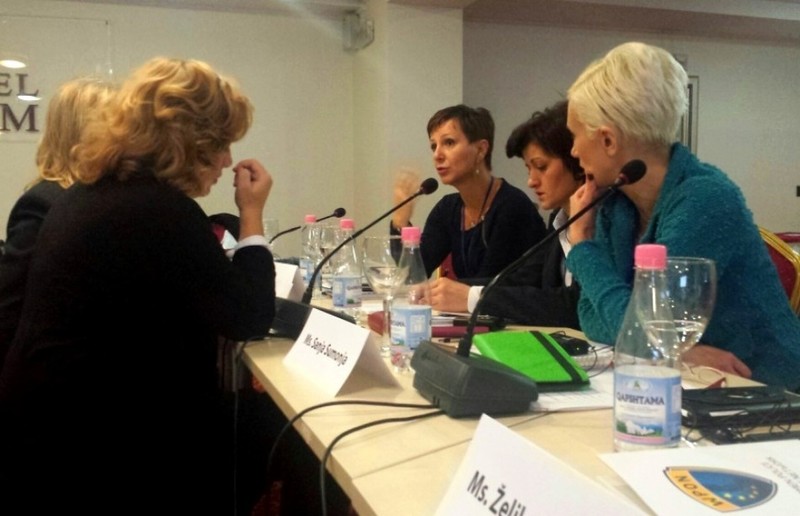 The Fifth Annual Meeting of the Women Police Officers Network in South East Europe (WPON) was held on 3 and 4 December 2014 in Tirana, gathering representatives of eight (8) Police Services from Southeast Europe (SEE).

The aim of the meeting was to enable information exchange and experience-sharing on the advancement of gender equality in policing and offer updates on activities and results achieved in this regard over the past year. In addition to this, the meeting facilitated networking and knowledge-sharing among high-level women police officials in the region.

WPON members also reviewed and discussed the draft analysis of the data collected in 2014 on the representation of women in police services in SEE. This data focuses on women in police training, education, and different positions within police institutions and was collected by WPON members.  The data analysis will be finalized at the beginning of 2015.

Participants planned forthcoming activities aimed at further strengthening the gender perspective in police services in SEE, and elected the new WPON Executive Committee for 2015, which stands as: Ms. Tatiana Turcan, from the Ministry of Interior of Moldova - Chair, Ms. Željka Mileusnić from the Ministry of Internal Affairs of Republika Srpska, BiH - Deputy Chair, and Ms. Verica Golijanin from the Federal Police Administration in BiH - Chair Elect.

In addition to this, a one-day workshop was organized for WPON members to strengthen their leadership skills.

The meeting was opened by Mr. Artan Didi, General Director of Albanian State Police. Mr. Didi stressed the importance of regional cooperation and experience-based learning for the countries in South East Europe due to their shared history. He highlighted the importance of information sharing and knowledge exchange through WPON, which has been highly valuable for police services in the SEE region. Mr. Didi also shared information on policies and practices aimed at increasing the representation of women that have been applied in the Albanian State Police. The ASP aims to have a higher representation of women in all positions so that higher levels of efficiency are achieved, in particular with respect to addressing sexual and gender-based violence.

Mr. Vladimir Malkaj, who addressed the participants on behalf of UNDP Albania, emphasized the remarkable character of the Network, which not only enhances gender equality, but contributes to the improvement of policing practices and to the promotion of regional cooperation.

Ms. Enkeleda Toska, WPON Chair, welcomed the participants and stressed the importance of regional cooperation among women police officers as it inspires networking among women in the security forces at the local level. Moreover, such collaborations further the exchange of ideas on how to integrate and implement a gender perspective in policing within the police services in SEE.

Regional study on the position of women in police services, Establishing the Southeast Europe Women Police Officers Network – Research Findings, facilitated the network’s establishment. The study compiled the data on women in police services in nine SEE countries, which clearly indicated the necessity of improving recruitment, retention, promotion and working conditions of the women in the police, as well as a need for a network such as WPON. With this in mind, WPON was established at the first Annual Meeting of the Network in 2010.

WPON later followed up with a corresponding, jointly formulated the Guidelines for Gender Sensitive Policing, or a set of recommendations defining a set of simple and low cost measures, which would help police services in SEE attract and retain more qualified women and advance gender equality. Collecting the research findings and formulating the subsequent joint recommendations was a unique experience for national police services.

Through WPON, its members enjoy the benefits of networking and exchanging information with colleagues from across the region, and of participating in trainings for women police officers to advocate for gender equality in police services.