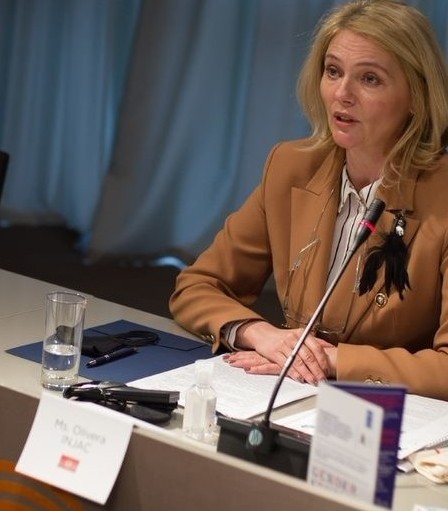 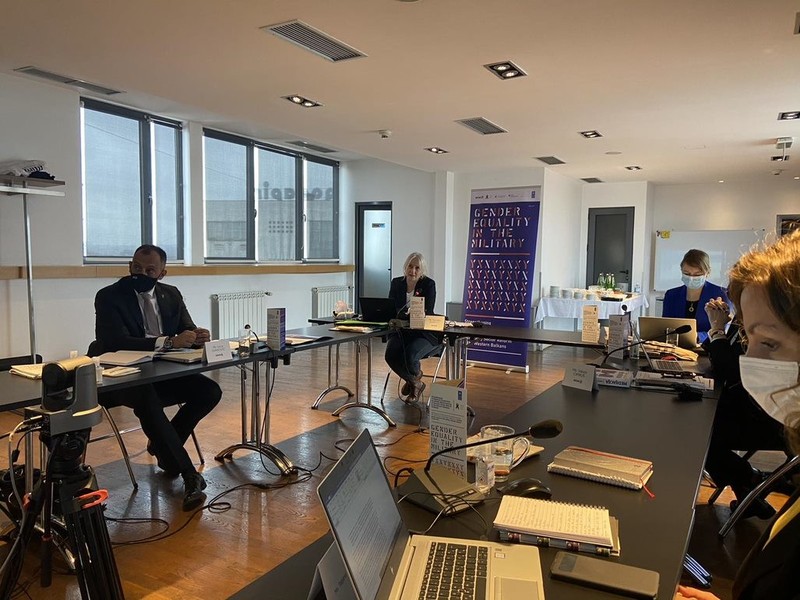 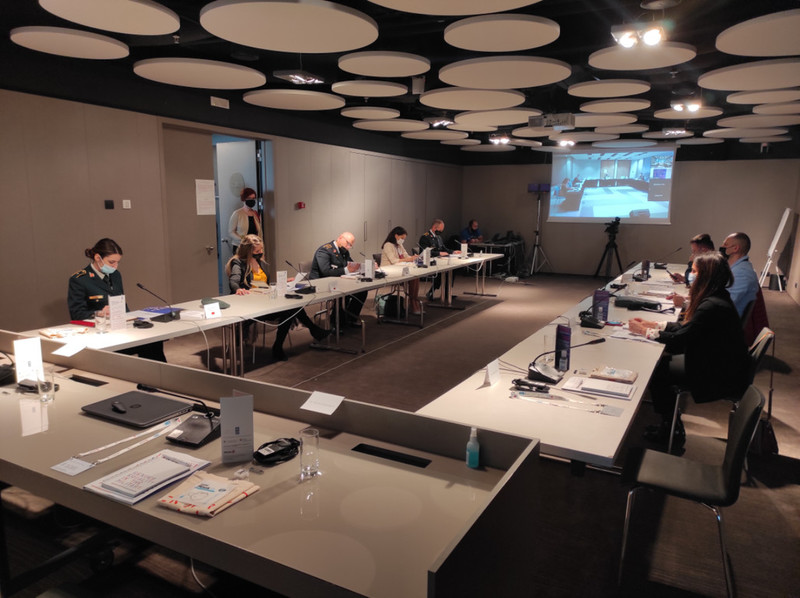 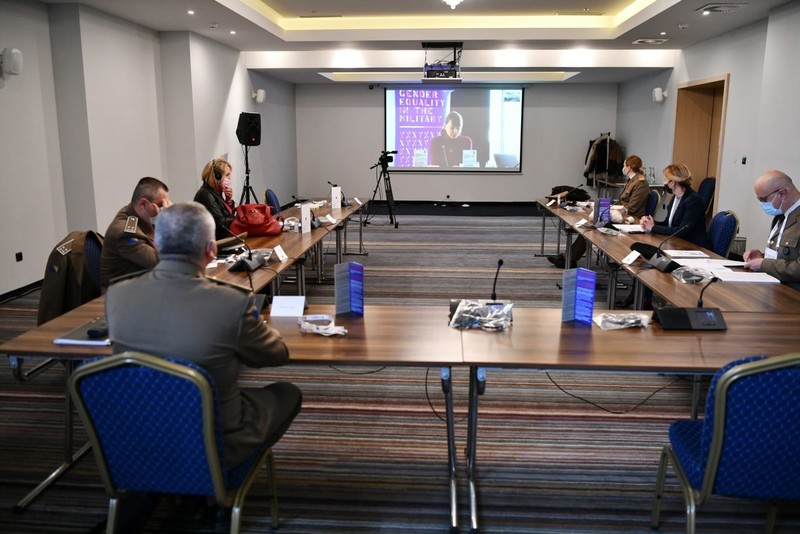 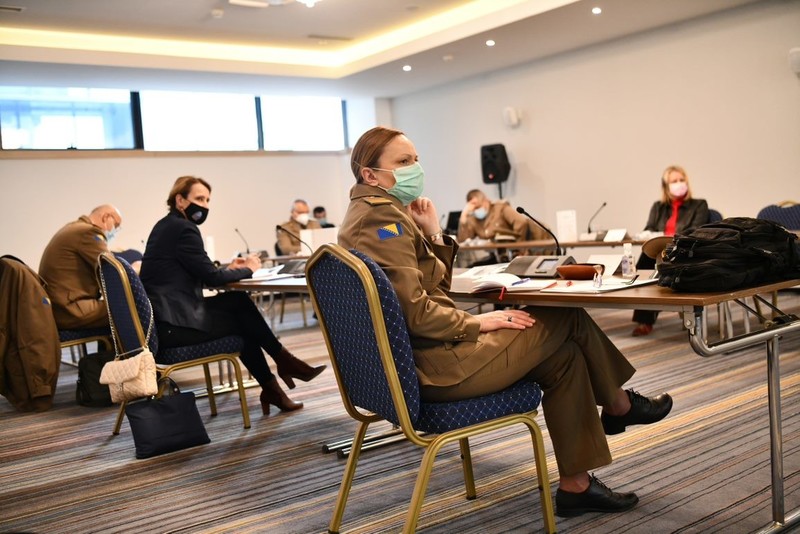 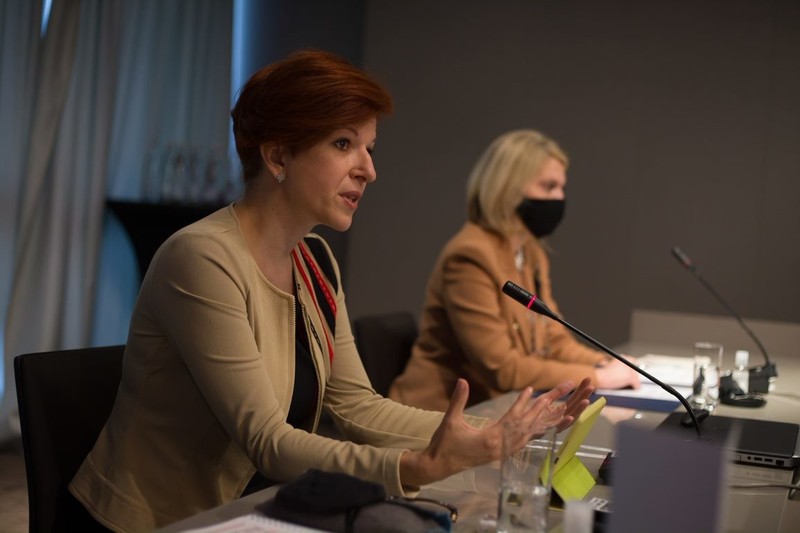 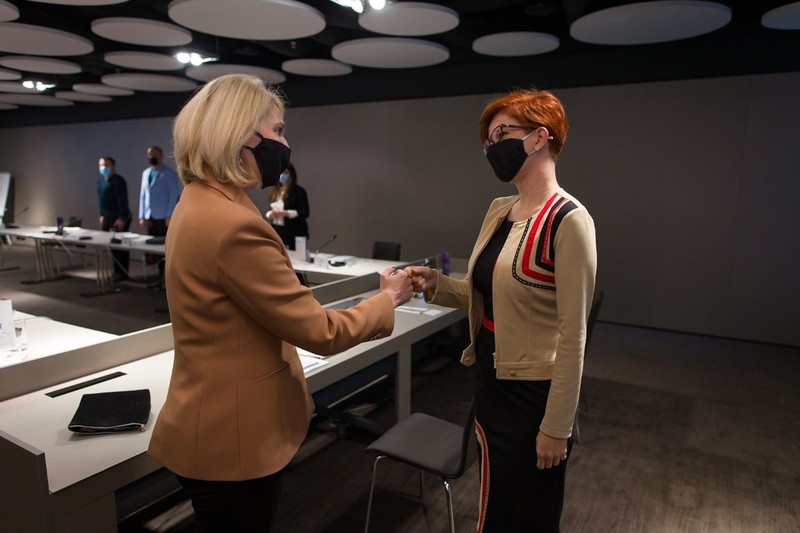 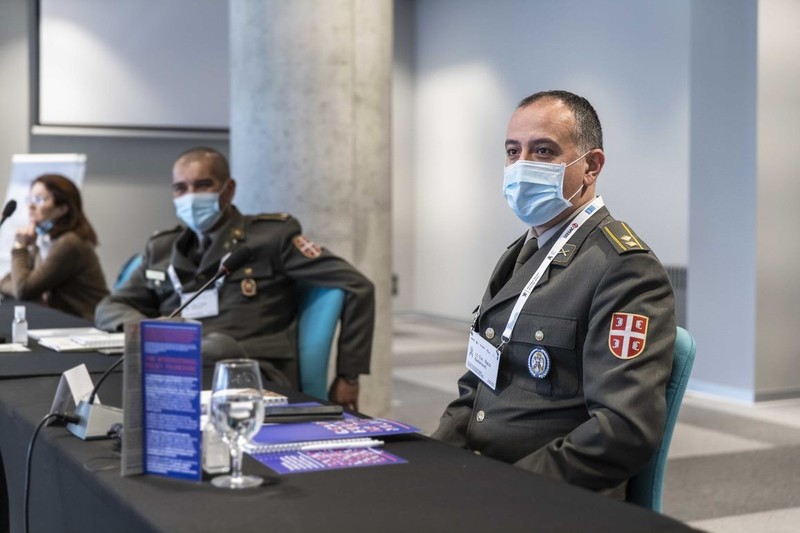 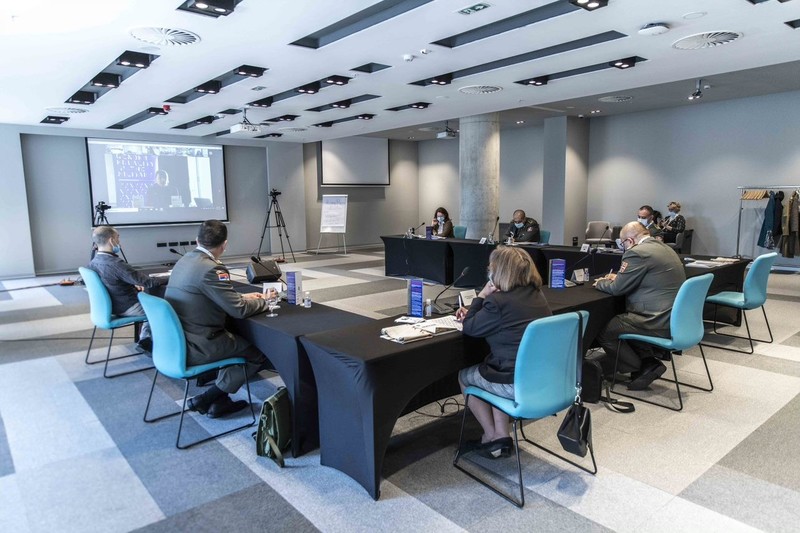 A total of 31 representatives of the Ministries of Defence (MoDs) and Armed Forces (AFs) from Bosnia and Herzegovina, Montenegro, the Republic of Serbia, and the Republic of North Macedonia gathered online during the 13th Regional Meeting of Gender Equality Mechanisms in the MoDs and AFs in the Western Balkans. These meetings bring together, regularly, the gender equality mechanisms, decision-makers, and commanding officers and facilitate the sharing of information and knowledge exchange as well as planning of joint activities supporting the integration of gender perspective in defense policies.

In the meeting, the preliminary findings of the 2nd Regional Study on The Position of Women in AFs in the Western Balkans were presented. The study is developed jointly by the four MODs to assess progress since 2013 when the 1st regional study has been developed.

The study aimed to show the results and advancements in the position of women in AFs and to identify the areas that need additional support. It showed an increase in the number of women in the AFs and analyzed the trends that lead to that increase and looked at educational opportunities available, as well as promotional activities done by the MODs to increase the participation of female soldiers. The study also analyzed the hiring practices, career development opportunities, and working conditions. It specifically looked into what makes female soldiers give up their career, as well as initiatives for a better balance of work and family, as well as initiatives that address sexual harassment, mobbing, and discrimination. The MODs agreed on the next steps in the finalization of the study and initiated the discussion on the implementation of its recommendations.

The meeting was also dedicated to planning further steps in addressing gender based discrimination, sexual harassment, and abuse. The new Regional Manual on Combating Gender-Based Discrimination, Sexual Harassment and Abuse was presented to the participants. The Manual analyses legal background in 4 countries and presents a unique knowledge tool produced jointly by MoD’s to tackle those issues in their prospective countries. Participants also learned about the experiences of the Ministry of Defence of Norway on the position of women in gender-responsive human resources policies in the Norwegian Army, monitoring of career progression in the military, prevention of gender-based discrimination, sexual harassment, and abuse, and how do internal complaints mechanisms work.

During the first meeting, group members presented their activities in integrating the gender perspective in education and training so far and spent time planning future activities in this area.  Mainstreaming gender in the military education and training at all levels is a precondition for the sustainable implementation of the Women, Peace and Security Agenda. Gender mainstreaming is defined as a strategy to achieve gender equality by assessing the implications for women and men of any planned activity, in policy and practice, in all areas, and at all levels. The concerns and experiences of women and men need to be considered in the design and delivery of the educational content, as well as in evaluations of learning outcomes. Military education and training should result with the combined knowledge, skills, and attitudes to enable military personnel to implement gender sensitive approaches in all aspects of their work.

During the opening remarks of the 13th Regional Meeting, Prof. Dr. Olivera Injac, Minister of Defence from Montenegro pointed out that providing equal opportunities is one of the most important aspects of Security Sector Reform and she said that the MoD of Montenegro has made significant progress in integrating women. At the moment, there is around 10% of female military officers which presents an evident increase in interest in female candidates for positions in the military. She thanked UNDP SEESAC for continuous support to the MoD in strengthening its gender equality mechanisms to develop and implement gender responsive human resources policies and for activities aimed at sensitizing the MoD staff and leadership for Women, Peace and Security Agenda.

Slovakia’s role in actively promoting the Security Sector Reform Agenda in the Western Balkan through regional cooperation has been significant since 2019, emphasized H.E. Fedor Rosocha, Ambassador of the Slovak Republic in Serbia. He highlighted the needs and specificities of each participating country and their MoDs and said they are addressed through the regional project, enabling the exchange of relevant experience and lessons learned, particularly small scale projects which are developed by MoDs in line with their priorities to achieve gender equality. Regional cooperation is very important in achieving success and will also contribute to the EU integration of all countries present, Ambassador Rosocha concluded.

Norway is a long-time supporter of this region when it comes to gender equality, which is one of Norway’s core value, along with values such as democracy, integrity, and diversification, said Ms. Kjersti Cristina Klæboe, Director General, Head of the Department of Personnel Policy, Competence, and Joint Legal Services at Royal Norwegian Ministry of Defense, one of the speakers at the opening.  She particularly emphasized that combating gender-based discrimination, sexual harassment, and abuse is important because this is the issue that undermines the core values of the AFs and diminishes its operational effectiveness. Director General commended the regional meetings of gender equality mechanisms because they provide a great platform for discussion and exchange of good practices.

UNDP had continuously supported this region in integrating gender in the Security Sector Reform though SEESAC from 2009, said Daniela Gasparikova, Resident Representative, UNDP CO Montenegro. She said that gender equality provides equal access, and it ensures that security institutions obtain a diverse set of skills to deliver services to both women and men. She congratulated MODs for developing two regional knowledge tools, the regional study The Position of Women in the Armed Forces in the Western Balkans and the Regional Manual for Combating Gender Based Discrimination, Sexual Harassment and Abuse and concluded that this region is at the forefront and it is spearheading new initiatives that can further development in other parts of the world.

Regional Meetings of Gender Equality Mechanisms in the MoDs and AFs in the Western Balkans are organized through the “Strengthening of Regional Cooperation on Gender Mainstreaming in Security Sector Reform in the Western Balkans” project financed by the governments of Norway and the Slovak Republic. With the support of SEESAC, the project provides the Ministries of Defence and Armed Forces in the Western Balkans with a platform where, they share knowledge and develop policies contributing to ensure long-term and sustainable inclusion of the gender perspective in defence policies and practices.