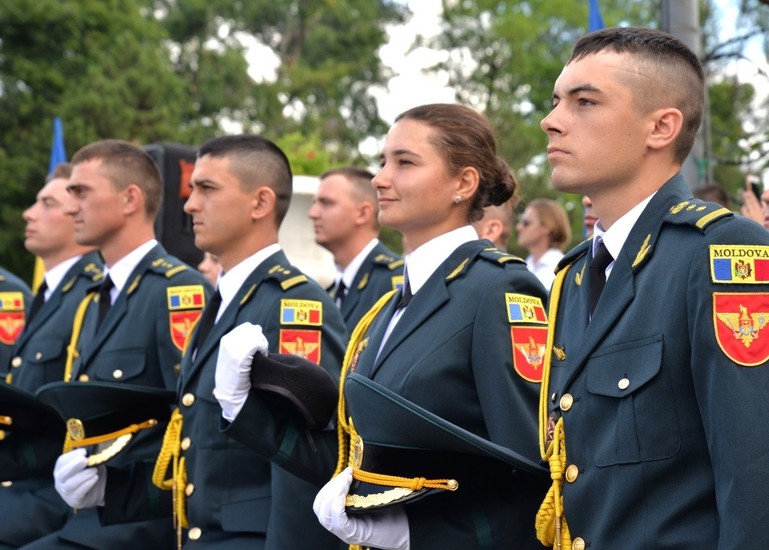 25 representatives of the Ministry of Defence and the National Army learn about gender equality, at a training session organized by the United Nations Development Programme (UNDP) during 23-24 October 2018.

The learning session tackles the current issues and standards pertaining to gender equality, which shall enable participants to act in the future as supporters and promoters of these standards in the day-to-day life of the National Army.

“This training will allow the decision makers from the Ministry of Defense and the National Army of Moldova to focus their efforts on critical issues and be more efficient in improving gender equality policy and practice,” noted Alla Skvortova, Programme Specialist at UNDP Moldova.

The event is organized in the framework of the “Support to the Security Sector Reform in the Republic of Moldova” project, financed by the Ministry of Defence and UNDP. The training is conducted in partnership with SEESAC.  In close cooperation with four Ministries of Defence in the Western Balkans, SEESAC implemented a regional project on the inclusion of the gender perspective in the security sector reform in the region which aimed at increasing awareness about the importance of gender equality.

The learning session is facilitated by two military gender trainers, members of SEESAC’s regional security sector reform platform: Lieutenant Colonel Straso Stojcevski from the Ministry of Defence of the former Yugoslav Republic of Macedonia and Colonel Fahir Zilic from the Armed Forces of Bosnia and Herzegovina, who themselves have been actively involved in training and promoting gender equality in the armies of their countries.

Therefore, the training provides an opportunity to learn from the peers’ experience and about the best practices accumulated in the Western Balkans that could be applied by the Moldovan military.

“I strongly believe in the peer-to-peer learning approach. We have all been through similar experiences and there is so much that we can learn from one another, especially on topics essential to the security of citizens but sometimes overshadowed like gender equality in the military,” noted Lieutenant Colonel Straso Stojcevski.

Among the topics being discussed during the training are: gender and security sector reform, gender and defence system reform, lessons on promotion of gender equality in the defense sector learned in the Armed Forces in the Western Balkans, methods and tips for the implementation of the National Action Plan on the United Nations Security Council Resolution (UNSCR) 1325 on Women, Peace and Security.

Vladimir Iliev, state secretary in the field of development of human resources, military training and resources’ planning, Ministry of Defence of the Republic of Moldova, noted: "This event offers us a great opportunity to broaden our knowledge on gender equality in the Armed Forces as well as to strengthen our capacities to meet the objectives set out in the Action Plan on the implementation of the National Program for the Implementation of UN Security Council Resolution 1325 on Women, Peace and Security for 2018-2021 years and the Action Plan on the Implementation of the Strategy for Gender Equality in the Republic of Moldova for 2017-2021 years."

In March 2018 the Government of Moldova adopted the National Action Plan on the implementation of the UNSCR 1325 on Women, Peace and Security for 2018-2021, where the Ministry of Defence has a leading role for its implementation. Subsequently, the Ministry of Defence endorsed an Action Plan for the implementation of the Programme that contains a series of activities aimed at enhancing the gender equality, creating an enabling environment for the inclusion of women in the security sector, ensuring nondiscrimination and adjusting the policy documents.