The opening of the reconstructed ammunition storage site 'Taras' 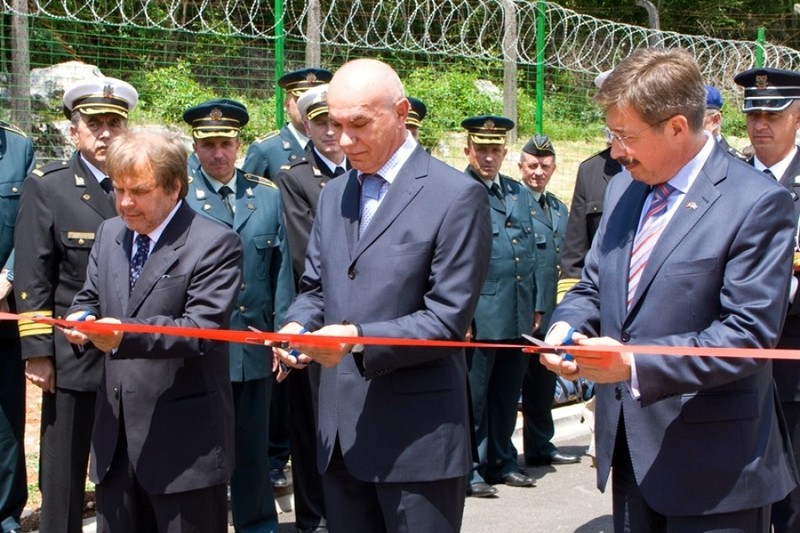 Within the framework of the Programme for Demilitarization in Montenegro (MONDEM), Boro Vučinić, Minister of Defence of Montenegro, Alexander Avanessov, UN Resident Coordinator/UNDP Resident Representative to Montenegro and Sarunas Adomavicius, Head of the OSCE Mission to Montenegro officially opened the reconstructed “Taraš” ammunition storage site in Danilovgrad, Montenegro.

On 11 March 2010, the European Union (EU), under the EU COUNCIL DECISION 2010/179/CFSP, decided to support SEESAC arms control activities in the Western Balkans, in the framework of the EU Strategy to combat the illicit accumulation and trafficking of SALW and their ammunition. The 'Taras' reconstruction is one such project that the European Union financed through SEESAC and in collaboration with the Government of the Netherlands, the Government of Montenegro, and the OSCE.

The reconstruction of the ammunition storage site “Taraš” is an integral part of a larger joint capacity development programme of the Government of Montenegro, UNDP and OSCE for SALW (Conventional Ammunition) Demilitarization and Safe Storage for Montenegro, also known as the MONDEM programme.

The €1.23 million infrastructure upgrade of the 'Taras' ammunition depot ensures that the facility is in line with the internationally accepted security standards. Mr. Alexander Avanessov underlined the fact that thanks to the joint efforts of the UNDP, OSCE and the Government of Montenegro, as well as the donors, Montenegro now has a safe ammunition depot, with a capacity of more than one thousand tons. More importantly, said Mr. Boro Vučinić “The capital project of the reconstruction of ‘Taraš’ that was finalized in less than one year, provided Montenegro with a very important storage site that ensures increased safety for the citizens who live in its proximity.”

Reconstruction of the Taras ammunition depot