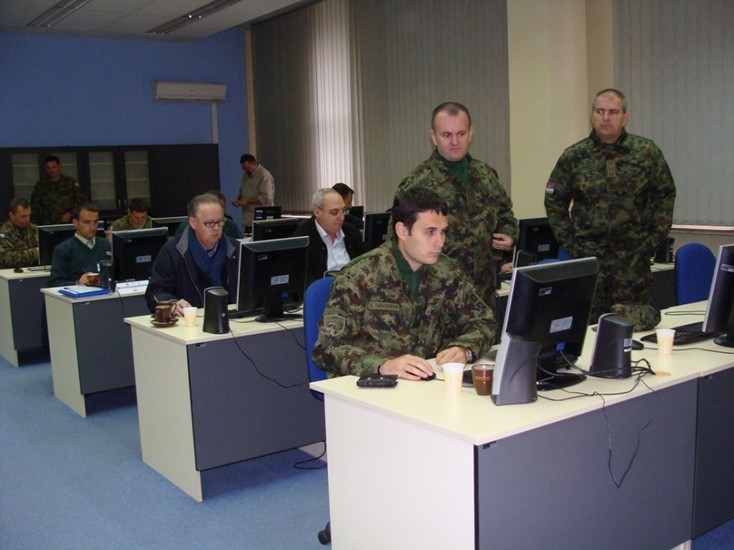 The importance of quality stockpile management is something we are usually reminded of only when facing a major accident caused by the lack of adequate facilities or unprofessional handling of stockpiles. Unfortunately, such accidents happen often enough. On September 13th, 2011 in Croatia’s region of Knin a fire broke out and enveloped a military depot, causing a series of explosions, damage to the nearby villages and evacuation of hundreds of local residents.

To help ensure such accidents do not happen, South Eastern and Eastern Europe Clearinghouse for the Control of Small Arms and Light Weapons (SEESAC), with the support of UNDP Bosnia and Herzegovina, has organized a regional training course on stockpile management for members of the ministries of defence and interior from the Western Balkans region.

From October 10th-14th, in Sarajevo, 20 operational level officials from the ministries of defence and interior of Bosnia and Herzegovina, Croatia, Montenegro, Serbia and the former Yugoslav Republic of Macedonia are undergoing a training on Inventory Management and Accounting Control Procedures. This is the 2nd module of the three-module course.

All the modules are taking place at the Faculty of Mechanical Engineering of the University of Sarajevo, and are conducted by a team of prominent experts from the Western Balkans and Germany. The course curriculum is in line with international standards and best practices in stockpile management with special emphasis on safety and security of stockpiles and quality of stockpile procedures. Because of its regional character, the participants also benefit from the exchange of experiences and best practices identified by their colleagues from the region who are facing similar challenges.

The training is made possible by the European Union (EU), which is providing the funds under the EU COUNCIL DECISION 2010/179/CFSP of 11 March 2010 to support SEESAC arms control activities in the Western Balkans in the framework of the EU Strategy to combat the illicit accumulation and trafficking of SALW and their ammunition.

The training is the second part of a three-part training course on Stockpile Management organized by SEESAC. The course is designed to help countries in the region increase their capacities in the area of stockpile management procedures and thereby increase the physical control over the existing storages in the region. The first training, held from 12-16th of September, focused on Planning and Managing of Stockpile Locations. The third and final training is to be held in November of this year and will be dedicated to Stockpile Facilities and Transportation of SALW and Associated Ammunition.

In addition to this course, SEESAC works towards improving stockpile management in South Eastern Europe by supporting governments in the region in their efforts to upgrade existing storages. SEESAC is currently involved in three such projects in Bosnia and Herzegovina, Croatia and Montenegro.