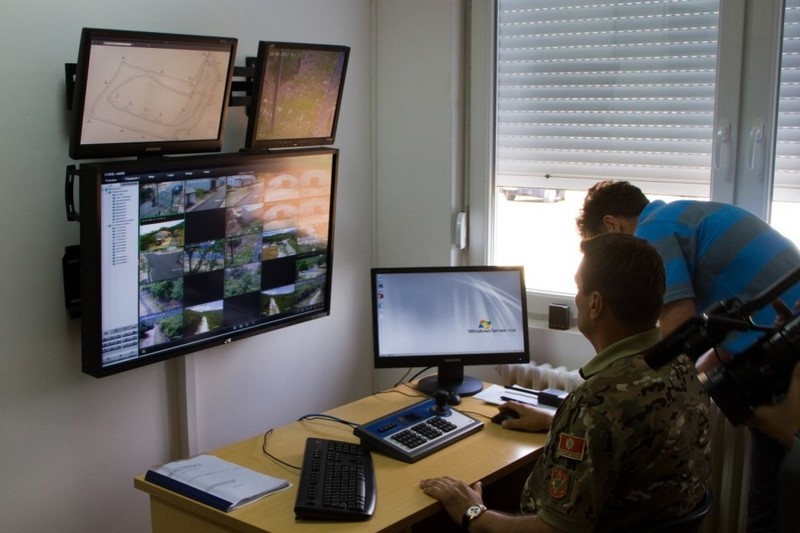 Another way in which illicit accumulation and trafficking of SALW and their ammunition is made possible is through a lack of security and poor maintenance of storage facilities.

Supported by the EU through the EU COUNCIL DECISION 2010/179/CFSP, dated 11 March 2010, SEESAC was able to join forces with several governments in the SEE interested in upgrading their respective storage facilities and increasing security of stockpiles.

Between 2010 and 2012 SEESAC successfully assisted the reconstruction of:

Safe-keeping of stockpiles also requires knowledge and implementation of best practices and stockpile management techniques. The EU COUNCIL DECISION 2010/179/CFSP also enabled SEESAC to assist countries in the region increase their capacities in the area of stockpile management procedures and thereby increase the physical control over the existing storages in the region. In cooperation with UNDP Bosnia and Herzegovina, SEESAC organized the Regional Course on Stockpile Management.

The course consisted of three, 5-day modules, which took place during the fall of 2011 and covered the following topics: Planning and Managing Stockpile Locations (September, 2011); Inventory Management and Accounting Control Measures (October 2011); Transportation of SALW and Associated Ammunition (November 2011).

The course was designed for and attended by 58 members of the Ministries of Defence and Interior from Bosnia and Herzegovina, Croatia, the former Yugoslav Republic of Macedonia, Montenegro and Serbia responsible for material resources. The course was designed to help participants familiarize themselves with best practices in stockpile management techniques.

The modules took place at the Faculty of Mechanical Engineering of the University of Sarajevo, and were conducted by a team of prominent experts from the Western Balkans and Germany. The course curriculum is in line with international standards and best practices in stockpile management with special emphasis on safety and security of stockpiles and quality of stockpile procedures. Because of its regional character, the participants also benefit from the exchange of experiences and best practices identified by their colleagues from the region who are facing similar challenges.

RMDS/Gs on WEAPONS STORAGE SECURITY
Before directly supporting infrastructure upgrade activities, SEESAC assisted the weapons storage and security by developing a framework and taking the responsibility for the future of the Regional Micro-Disarmament Standards and Guidelines (RMDS/G). SEESAC agreed to take on this task in May 2003, during the RACVIAC sponsored seminar on “SALW - A year after Implementation of the Stability Pact Plan.”

Today, SEESAC’s RMDS/Gs on Weapons, Ammunition and Explosives Storage and Security help ensure that all safety precautions are taken. The RMDS/G reflect the ongoing development of operational procedures, practices and norms, and are constantly updated to reflect the latest developments and practices in SALW Control. The SEESAC developed RMDS/Gs were used as a basis for the International Small Arms Control Standards.