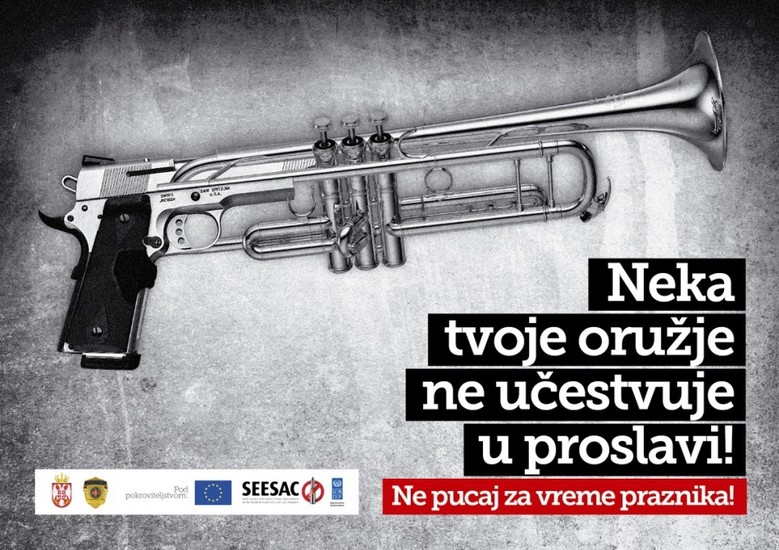 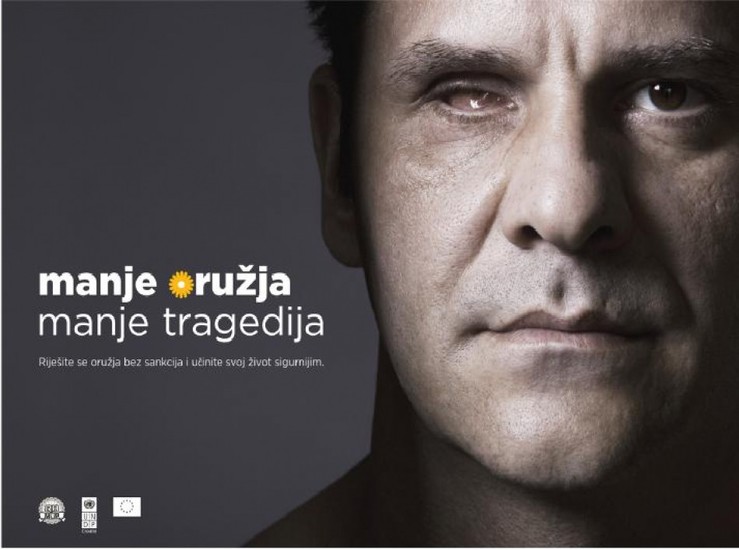 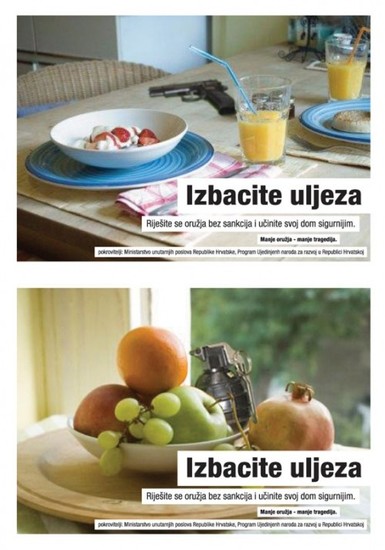 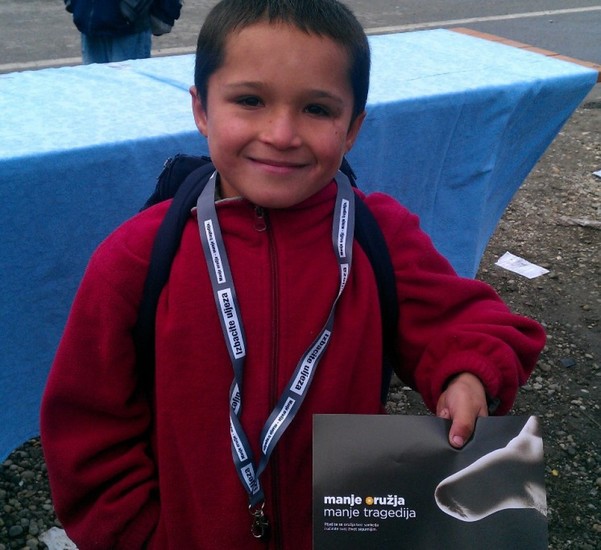 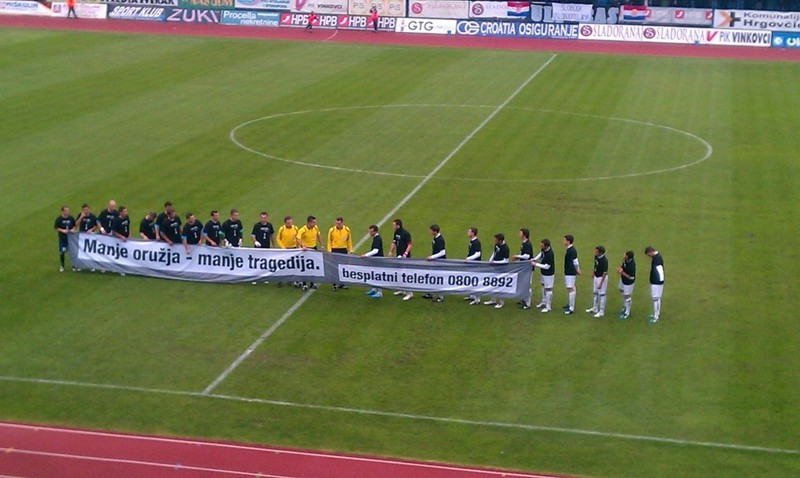 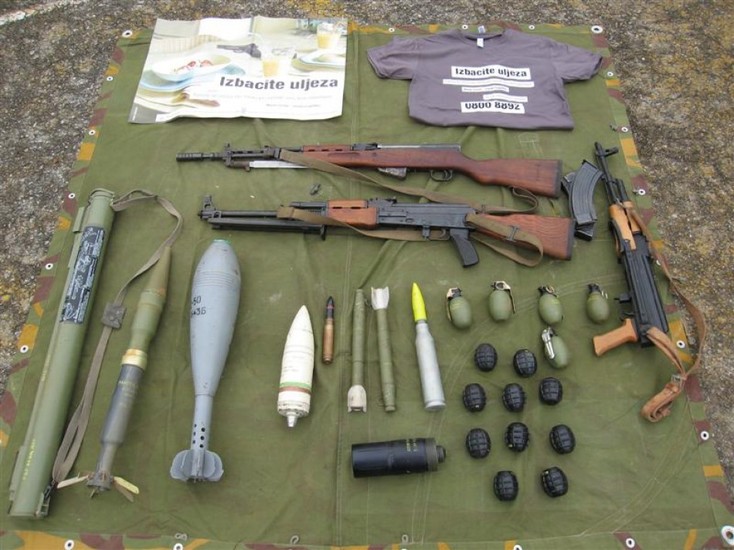 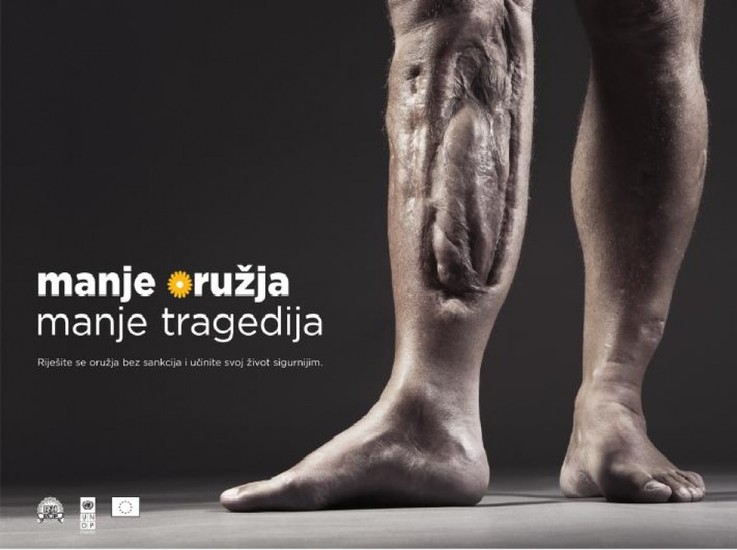 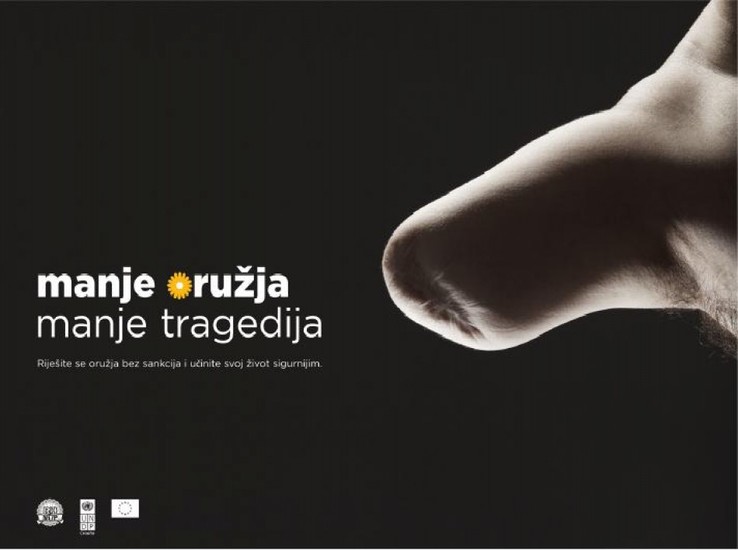 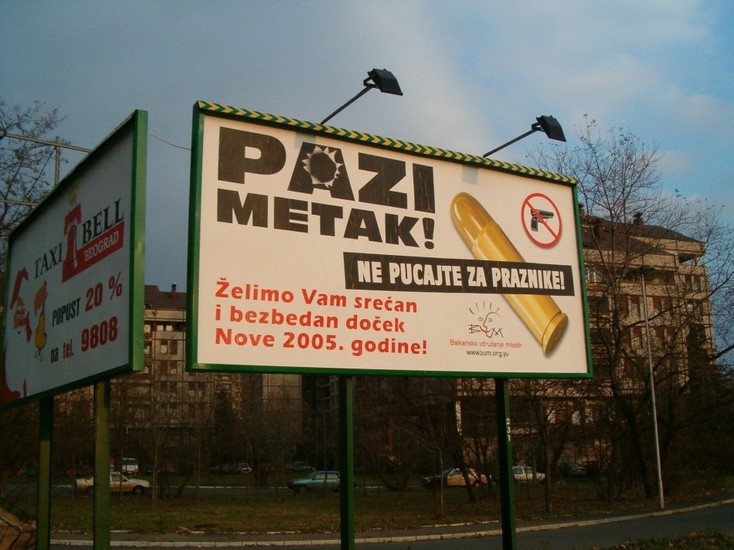 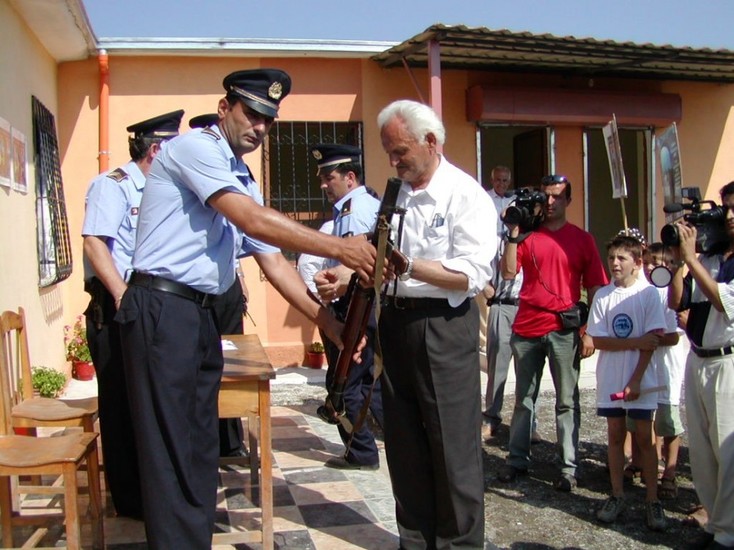 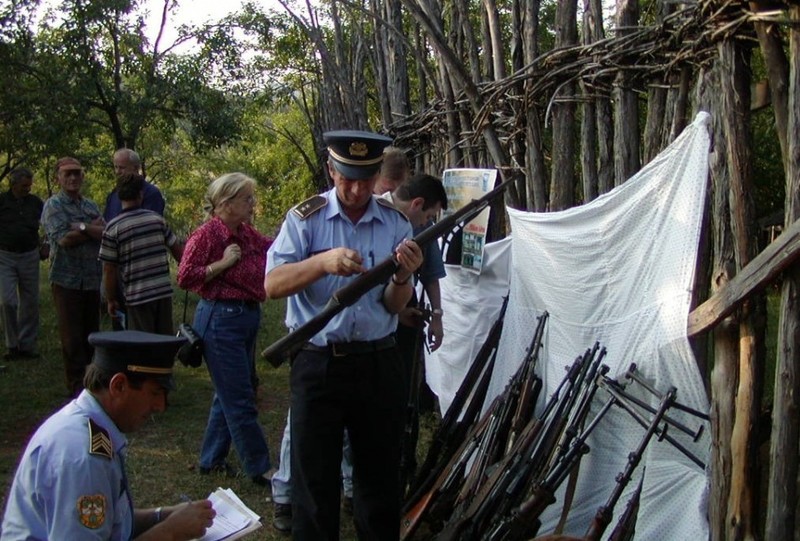 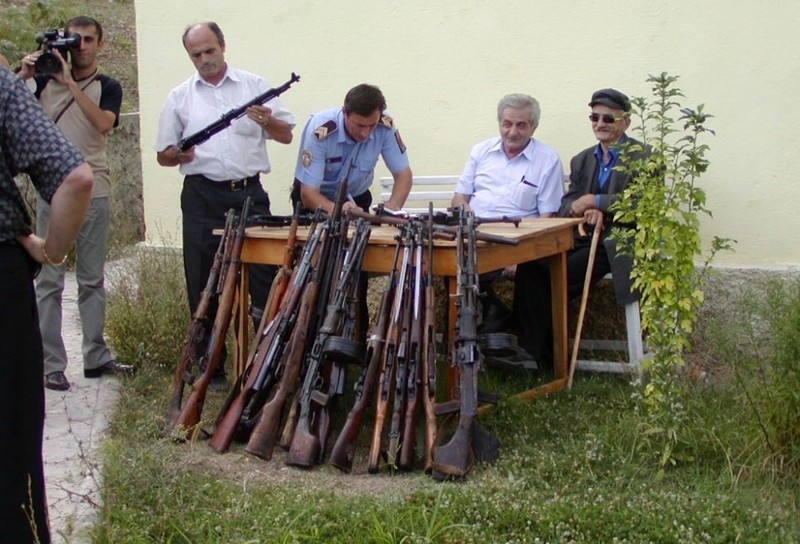 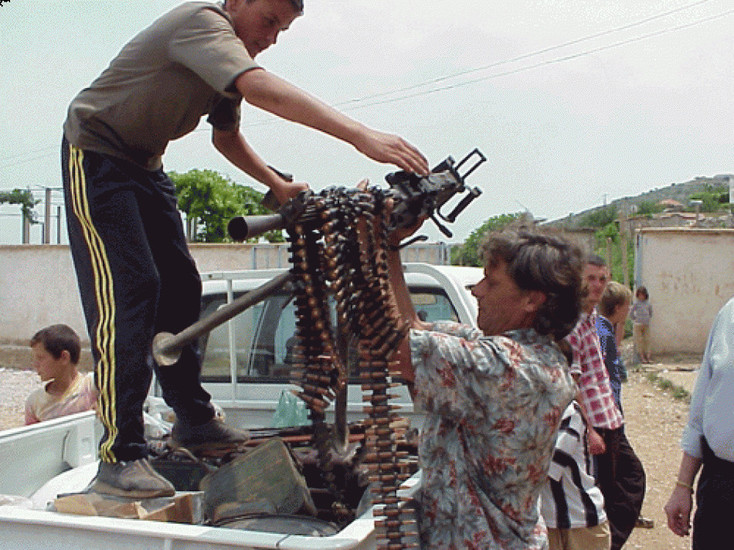 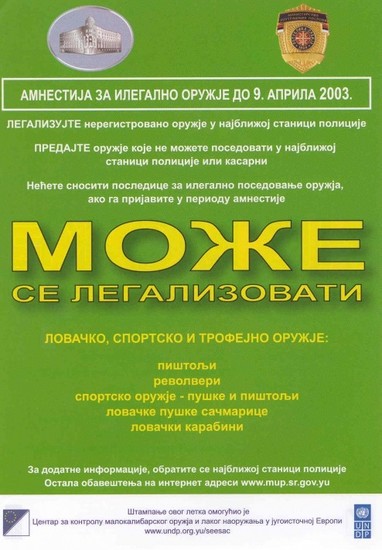 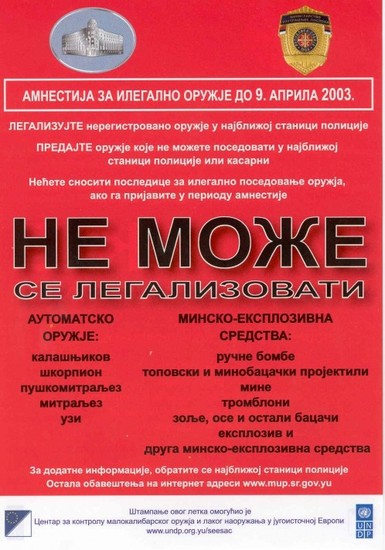 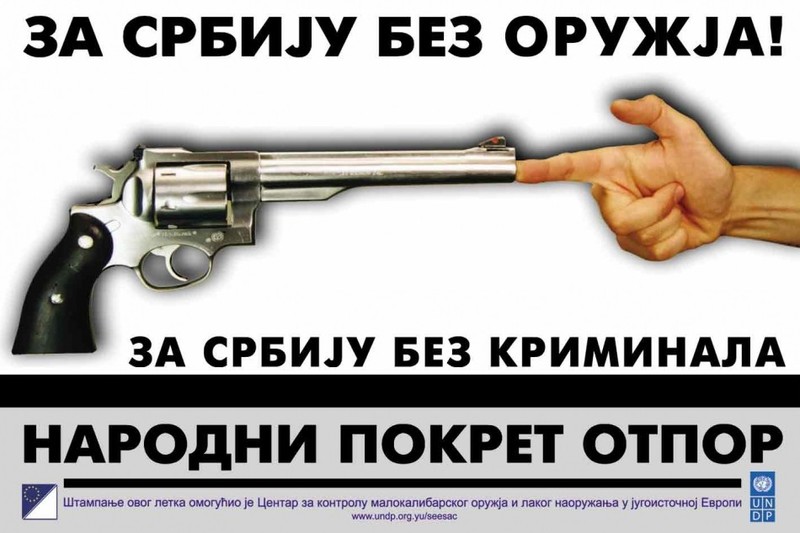 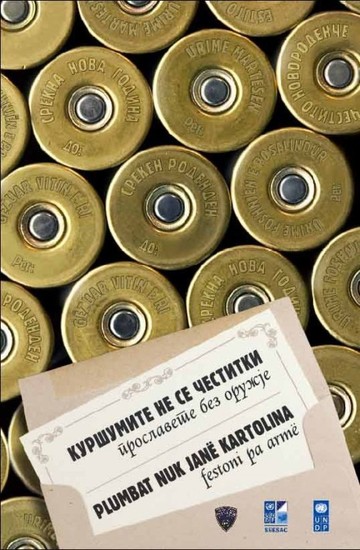 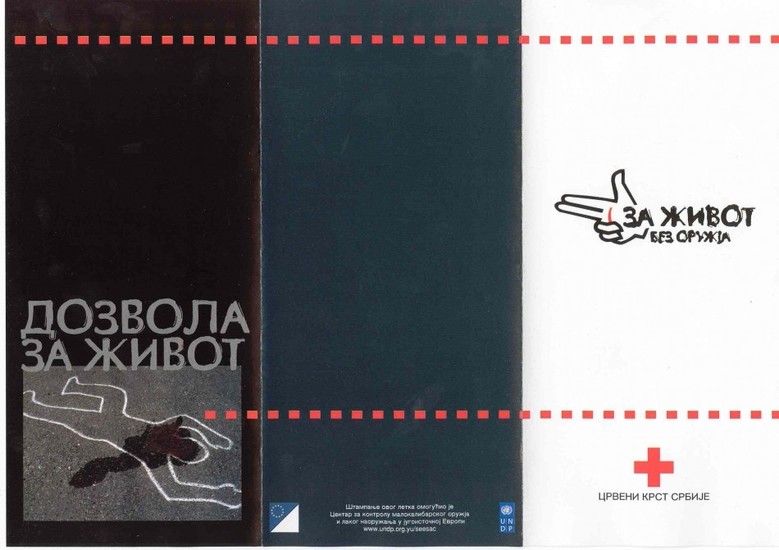 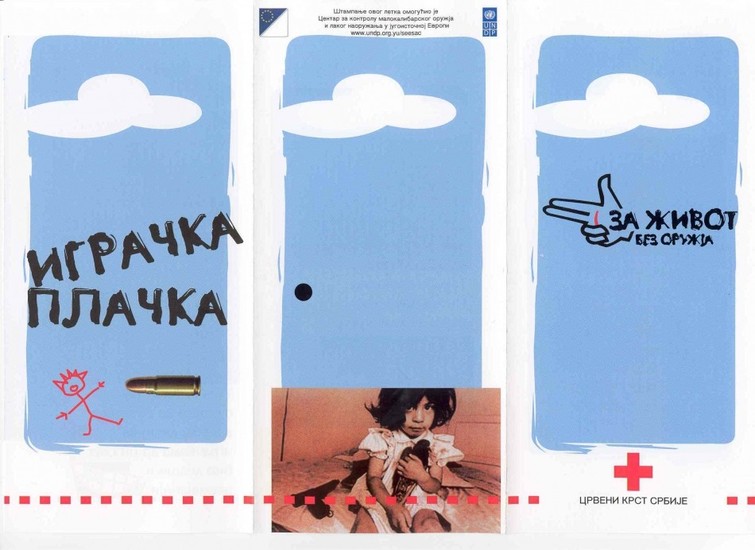 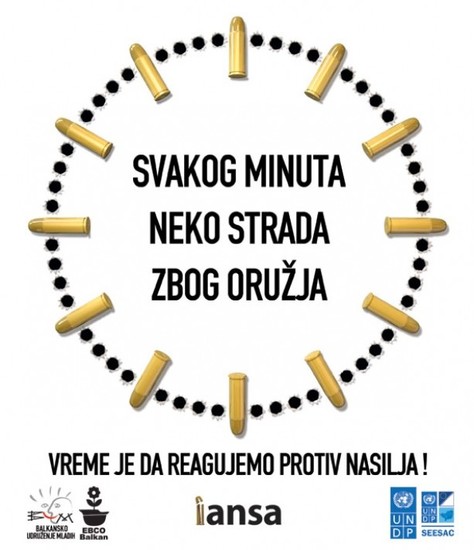 In order to bolster regional countries’ efforts to stifle illicit accumulation and trafficking of small arms and light weapons, SEESAC supported governments in the region in their attempt to collect unwanted and register illegal SALW.

Within the scope of activities implemented under the EU COUNCIL DECISION 2010/179/CFSP in Support of SEESAC Arms Control activities in the Western Balkans, SEESAC partnered up with national governments Croatia and Serbia in their efforts to collect any unwanted weapons explosive devices, ordinances and associated ammunition; to promote legalization, through registration, of the same items currently in the possession of civilians; and to inform the public about the dangers posed by SALW and their ammunitions.

CROATIA:
Awareness raising and collection campaigns “Less Weapons, Less Tragedies” were organized in dozens of towns and cities across Croatia together with the UNDP Croatia and the Ministry of Interior. Informational in character the campaign aimed to educate the public about the dangers of weapons but also to inform about ways to turn weapons in anonymously and without suffering sanctions. Between May 2010 and December 2011, the “Less Weapons, Less Tragedies” campaign in Croatia led to the collection of 589 pieces of illicit automatic weapons; 16,368 pieces of illicit fragmentation weapons; 1,164 pieces of legal weapons; 818,153 pieces of ammunition and 620 kg of explosive.  The collected material was then marked for subsequent destruction.

In 2011, SEESAC teamed up with the Ministry of Interior of the Republic of Serbia in executing a nation-wide campaign aiming to raise awareness of the danger posed by celebratory shooting. The Celebrate without Weapons Campaign further led SEESAC to question the working assumption that there is a strong and dominating gun culture supported by the majority of the Serbian population.

In 2012, UNDP/SEESAC launched an interactive “Oruzje na meti" / "Targeting Weapons” campaign the aim of which was to gather empirical data and create a better understanding of attitudes held by the Serbian public regarding the presence and use of weapons.

Through the Ushahidi platform "Oruzje na meti", as well as the facebook page oruzjenameti, twitter account @oruzjenameti and oruzjenameti@gmail.com e-mail account UNDP/SEESAC provided citizens of Serbia with an opportunity to express their views and attitudes towards gun culture, as well as to more actively participate in advancing security and safety of Serbia and its citizens. Through this website, people of Serbia could quickly and easily report on found and seen weapons, as well as incidents related to the usage of weapons.

The information given was ANONYMOUSLY and used only to maintaining the platform and analyze its results.

In addition to the campaigns in the region, SEESAC has also provided technical advice to the European Commission (EC) on their support to wider SALW collection activities within the region.

Targeting Weapons presented a new and interactive approach to gathering information about public attitudes. Prior to initiating this campaign and any of the SALW collection and awareness raising activities, SEESAC commissioned a series of studies assessing public attitudes and perceptions about SALW in countries across the SEE region. Additional studies took a closer look on the impact SALW have on youth and children, and family life. These studies indicated a clear need for the public to be educated on the dangers small arms and light weapons can present to their well-being. See SEESAC publications: SALW Surveys and SALW children/youth reports. Other related SEESAC publications can be found under: SALW Awareness and Communication Reports.

RMDS/Gs on SALW AWARENESS and COMMUNICATION

Before directly supporting SALW Collection and Awareness Raising activities, SEESAC assisted countries by developing a framework and taking the responsibility for the future of the Regional Micro-Disarmament Standards and Guidelines (RMDS/G). SEESAC agreed to take on this task in May 2003, during the RACVIAC sponsored seminar on “SALW - A year after Implementation of the Stability Pact Plan.”

Today, SEESAC’s RMDS/Gs on SALW Collection, Awareness Raising and Communication Strategies help ensure that all safety precautions are taken. The RMDS/G reflect the ongoing development of operational procedures, practices and norms, and are constantly updated to reflect the latest developments and practices in Small Arms and Light Weapons (SALW) Control. The SEESAC developed RMDS/Gs were used as a basis for the International Small Arms Control Standards.